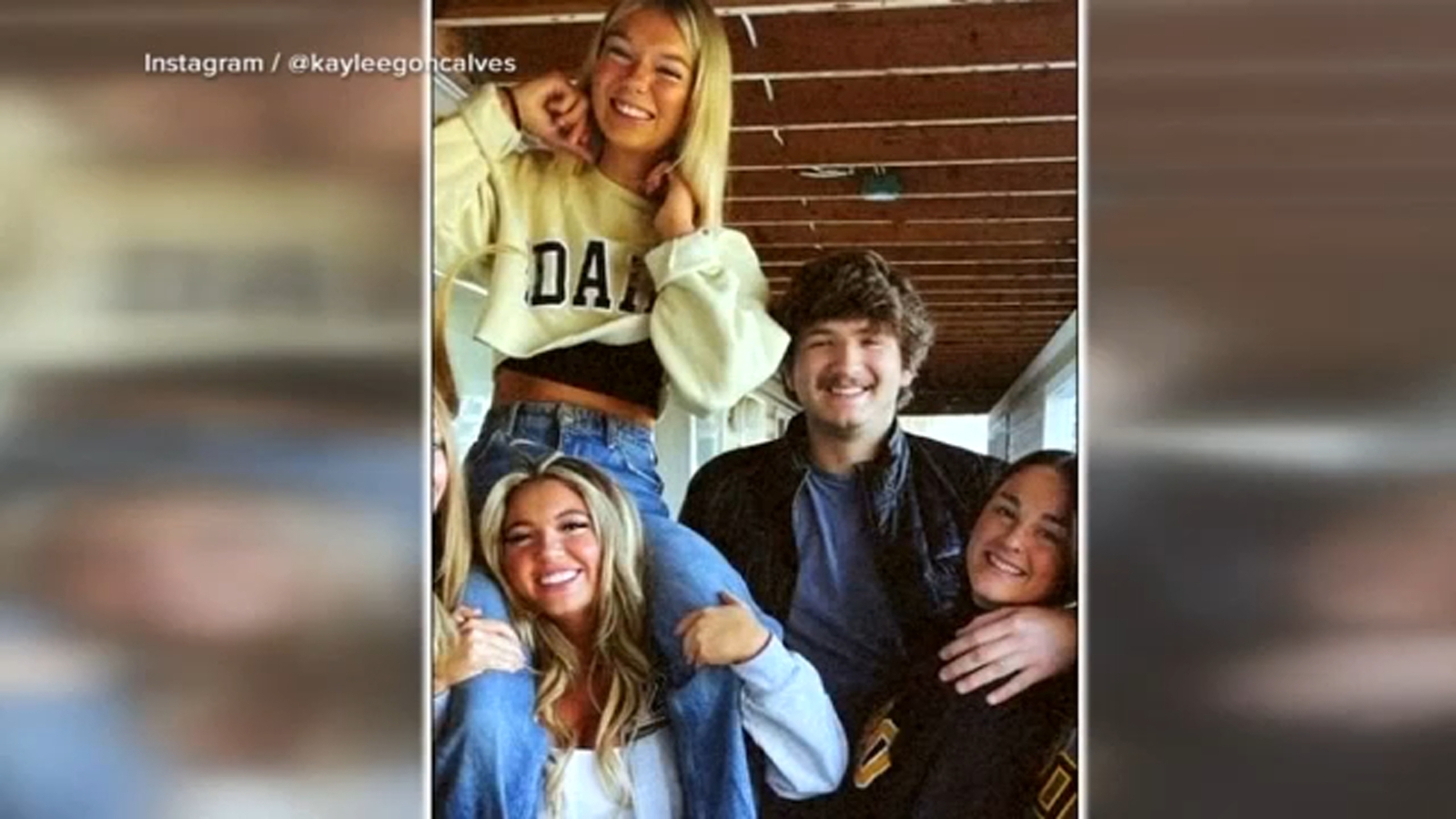 The investigation into the murders of four University of Idaho students is entering a critical stage in its third week, as police are starting to receive forensic testing results from the crime scene, law enforcement experts tell CNN.

Dozens of local, state and federal investigators have yet to identify a suspect or find the murder weapon used in the attack last month in Moscow.

The public, as well as the victims’ family members, have criticized police for releasing little information, in what at times has been a confusing narrative.

But the complex nature of a high-level homicide investigation involves utmost discretion from police, experts say, because any premature hint to the public about a suspect or the various leads police are following can cause it to fall apart.

“What police have been reluctant to do in this case is to say they have a suspect, even though they have had suspects who have risen and fallen in various levels of importance, because that’s the nature of the beast,” said John Miller, CNN chief law enforcement analyst and former deputy commissioner of intelligence and counterterrorism for the New York Police Department.

“Police having no suspects is factually incorrect,” Miller said. “Police have had a number of suspects they’ve looked at, but they have no suspect they’re willing to name. You don’t name them unless you have a purpose for that. That’s not unusual.”

The victims — Ethan Chapin, 20; Kaylee Goncalves, 21; Xana Kernodle, 20; and Madison Mogen, 21 — were found stabbed on the second and third floors of their shared off-campus home on November 13, according to authorities.

The quadruple murder has upended the town of 26,000 residents, which had not recorded a single murder since 2015, and challenged a police department which has not benefited from the experience of investigating many homicides, let alone under the pressure of a national audience, Miller says.

The Moscow Police Department is leading the investigation with assistance from the Idaho State Police, the Latah County Sheriff’s Office and the FBI, which has assigned more than 40 agents to the case across the United States.

“They have really coordinated this into over 100 people that are operating as one team,” Miller said of the homicide investigation.

The FBI plays three important roles in the Idaho investigation, according to Miller.

The first involves its behavioral science unit, which is highly valuable for cases with an unknown offender because it narrows the scope of offender characteristics.

The second is its advanced technology, such as its Combined DNA Indexing System, which allows law enforcement officials and crime labs to share and search through thousands of DNA profiles.

Lastly, the FBI has 56 field offices in major cities throughout the country, which can expand the reach and capability of the investigation.

“The FBI brings a lot to this, as well as experience in a range of cases that would be beyond what a small town typically would have,” Miller said.

Police have ‘one chance’ with crime scene

Every homicide investigation begins with the scene of the crime, which allows investigators only one chance to record and collect forensic evidence for processing, which includes toxicology reports on the victims, hair, fibers, blood and DNA, law enforcement experts say.

“That one chance with the crime scene is where a lot of opportunities can be made or lost,” Miller said.

Extensive evidence has been collected over the course of the investigation, including 113 pieces of physical evidence, about 4,000 photos of the crime scene and several 3D scans of the home, Moscow police said Thursday.

“To protect the investigation’s integrity, specific results will not be released,” police said.

Latah County Coroner Cathy Mabbutt told CNN she saw “lots of blood on the wall” when she arrived at the scene and police said “some” of the victims had defensive wounds.

Chances are “pretty high” a suspect could have cut themselves during the attack, so police are looking carefully at blood evidence, says Joe Giacalone, adjunct professor at John Jay College of Criminal Justice and retired NYPD sergeant who directed the agency’s Homicide School and Cold Case Squad.

Lab results from the scene can be returned to investigators fairly quickly, but in this case investigators are dealing with mixtures of DNA, which can take longer, he says.

“When you have several donors with the DNA, then it becomes a problem trying to separate those two or three or four. That could be part of the issue … toxicology reports can sometimes take a couple of weeks to come back,” Giacalone added.

The behavior of victims, suspect(s)

The next stage in a homicide investigation is looking at the behavioral aspects of the crime. Two agents with the FBI’s Behavior Analysis Unit were assigned to the case to assess the scene and go over evidence to learn about the suspect or suspects’ behavior, based on the way they carried out the crime, Miller says.

Investigators will learn every detail about the four victims, their relationships with each other and the various people in their lives, Miller says. This includes cell phone records and internet records, he says, as well as video surveillance from every camera surrounding the crime scene.

“When you do an extensive video canvass, you may get a picture of a person, a shadowy figure, and then if you have a sense of direction, you can string your way down all the other cameras in that direction to see if that image reappears,” Miller said.

At this stage, investigators rely on the FBI’s Violent Criminal Apprehension Program, which collects and analyzes information about violent crimes in the United States.

The program can match a suspect’s DNA found at the scene with that of a person who is already in the system. It also scans all crimes across the country to determine if the way the attack was carried out mirrors a previous one, pointing to the same perpetrator, Miller says.

“You always start with people who are close to the victims, whether it’s love, money or drugs,” Giacalone told CNN. “That’s generally the first step that you take because most of us are victimized by someone we know. We have to ask things like, who would benefit from having this person or in this case, a group, killed?”

In an effort to locate the weapon — believed to be a fixed-blade knife — detectives contacted local businesses to see if a similar knife had been purchased recently.

“It’s highly unlikely, although not impossible, that a first-time offender is going to come prepared with a tactical knife and murder multiple people, even in the face of resistance, and that this is going to be their first encounter with violent crime or the use of a knife,” Miller said.

Police must protect information ‘at all costs’

One aspect of a homicide investigation is to “keep the media happy,” according to Giacalone.

“Today in the social media, true crime, community-driven world in these cases, the demand for information is so great that sometimes police departments kind of fill in that blank air and say something just for the sake of saying something, and then realizing that it’s either not 100% true, or it’s misleading,” he said.

It’s critical for police to protect their information at “all costs” and they always know more than what they release to the public. Otherwise, it could cause the suspect to go on the run, he says.

Miller said it’s “not fair” to investigators for the public or media to criticize them for not releasing enough information about the case.

But, ultimately, the department has a moral obligation to share some information with families who are suffering in uncertainty, Miller says, but they must be judicious about what they share.

“If you tell them we have a suspect and we’re close to an arrest but that doesn’t come together, then everybody is disappointed or thinks you messed it up or worse, goes out and figures out who the suspect is and tries to take action on their own,” he said.

Investigators rely on the trove of physical and scientific evidence, information from the public and national data on violent crimes to cultivate possible leads, Miller says.

Public tips, photos and videos of the night the students died, including more than 260 digital media submissions people have submitted through an FBI form, are being analyzed, police say. Authorities have processed more than 1,000 tips and conducted at least 150 interviews to advance the case.

“Any one of those tips can be the missing link,” Miller said. “It can either be the connective tissue to a lead you already had but were missing a piece, or it can become the brand new lead that solves the case.”

Every tip must be recorded in a searchable database so investigators can go back to them as they learn new details over the course of the investigation, Miller says. While 95% to 99% of public tips may provide no value, one or several might crack the entire case, he adds.

“Police in this case could be nowhere tonight, having washed out another suspect, and tomorrow morning they could be making an arrest,” Miller said of the Idaho investigation. “Or, for the suspect they’re working on today, it might take them another month from now to put together enough evidence to have probable cause. That’s just something they won’t be able to reveal until it happens.”