NYT > Books: Nonfiction: Survival of the Prettiest Darwins theory of aesthetics may be the sexiest, most dangerous idea in evolution. 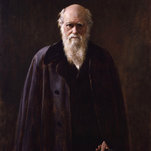 Survival of the Prettiest – The New York Times

News And Opinions
News And Music
9:26 AM 2/24/2021 – Sund: Capitol Riot was a military-style operation
by The News And Times Information Network