A woman was killed and two people were injured, including a 7-year-old child, after a car crashed with at least one Baltimore Light Rail train Thursday morning, fire officials said. The three victims were trapped after the collision and fire crews had to use special rescue tools to pull them out, according to the Baltimore firefighters’ union. 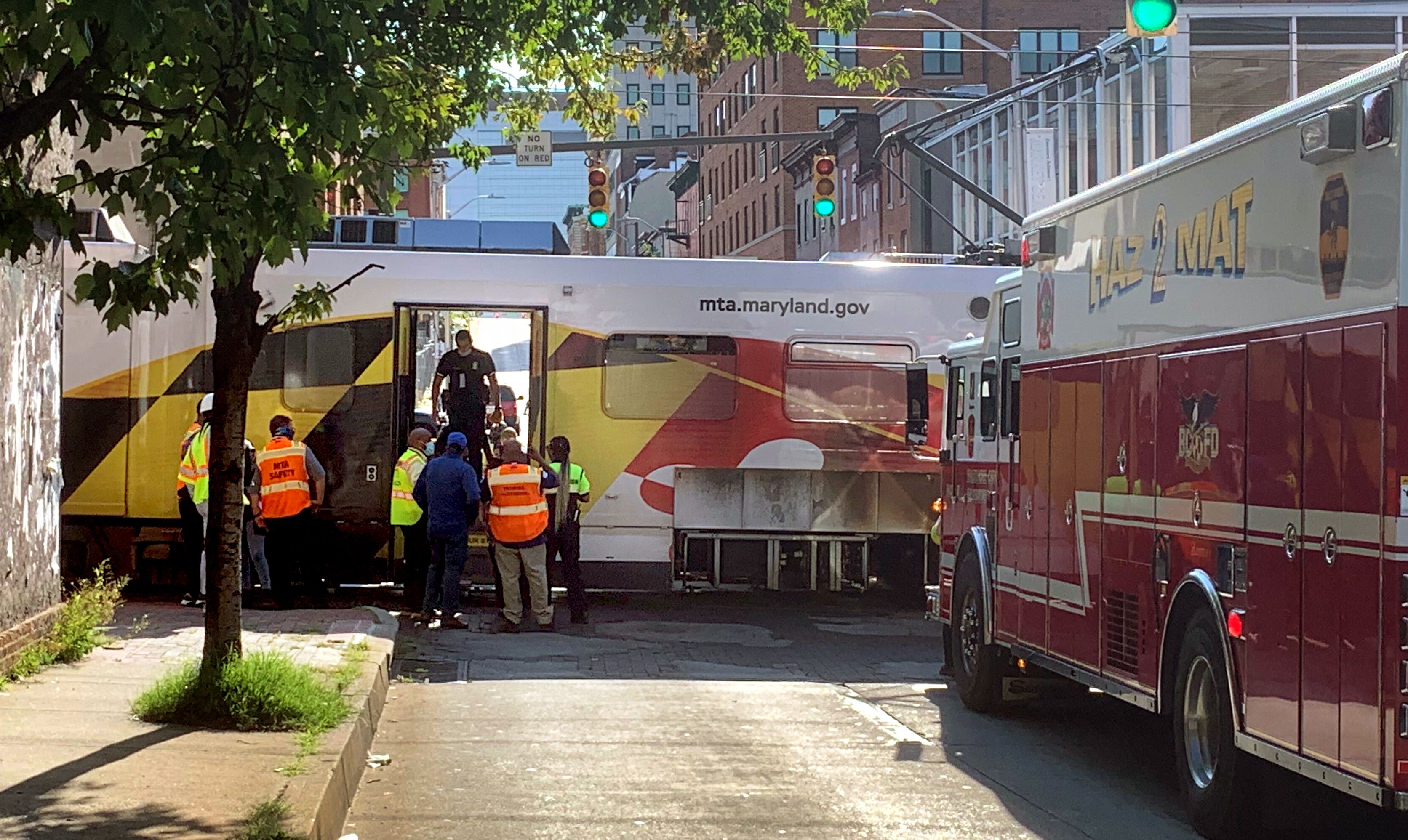