Nearly two dozen massive wildfires continued to rage through Northern California on Friday, threatening thousands of homes, injuring dozens of residents and firefighters and raising the death toll to at least six. Most of the fires, which remain largely out of control, were sparked earlier this week by triple-digit weather and thousands of lightning strikes. 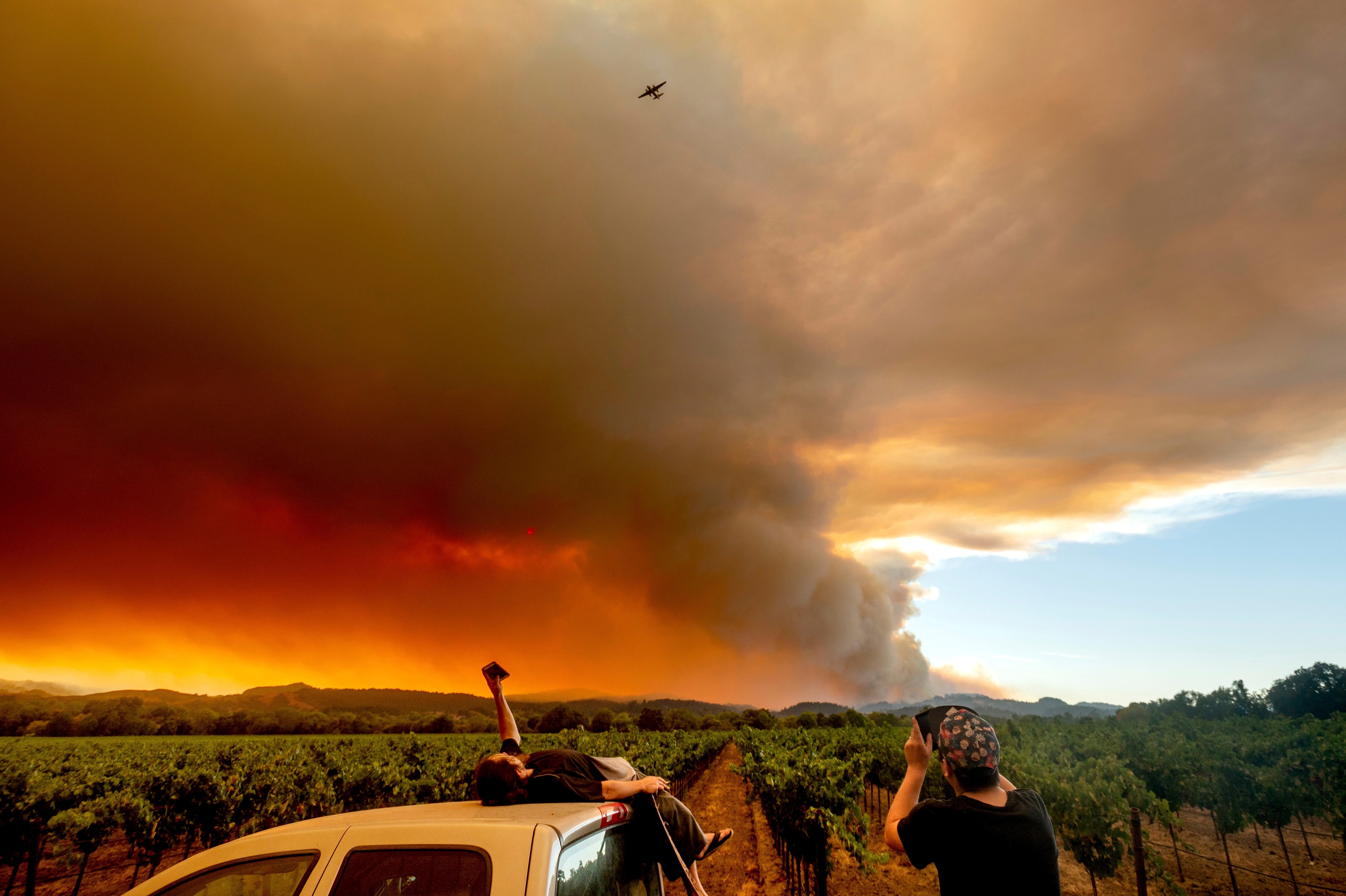