Authorities received a report of a shooting at Club Q at 11:57 p.m. and responded within minutes, said Lt. Pamela Castro of the Colorado Springs Police Department.

A 22-year-old gunman walked into the club and immediately began firing from a “long rifle,” police said. Two firearms were found at the scene.

The gunman was taken into custody around five minutes after police first received a call about the shooting at Club Q. Police said early Sunday morning the suspect was also being treated at the hospital.

“The hospitals are helping us to notify families of the injured… we do have officers at every hospital with all the victims,” said Lt. Pamela Castro.

Castro had few details beyond the number of dead and wounded. She confirmed the suspect was injured but didn’t know how and that the FBI was on the scene and assisting.

Club Q is a gay and lesbian nightclub that features a “Drag Diva Drag Show” on Saturdays, according to its website. In addition to the drag show, Club Q’s Facebook page said planned entertainment included a “punk and alternative show” preceding a birthday dance party, with a Sunday “all ages brunch.”

The latest incident occurred as anti-gay rhetoric has intensified by extremists. In a statement, Club Q termed the shooting a hate attack.

“Club Q is devastated by the senseless attack on our community,” the business said. “We thank the quick reactions of heroic customers that subdued the gunman and ended this hate attack.”

Colorado Springs is a city of about 480,000 located about 70 miles (112 kilometers) south of Denver that is home to the U.S. Air Force Academy, as well as Focus on the Family, a prominent evangelical Christian ministry.

A spokesperson for the Colorado Springs Fire department (CSFD) said that 34 firefighters were called and 11 ambulances, some of which had to transport two or three victims at once.

“Unfortunately these are events we do train for, as far as what we call a ‘mass casualty,’ so that is why we had such a big response,” said Capt. Mike Smaldino, with the Colorado Springs Fire Department. “Working with the police, we were able to get everybody transported out of here in a pretty quick manner and get them to the hospital, where they have a better chance for their injuries.”

Police are asking anyone with cell phone or dashcam video of the shooting to please contact CSPD at (719) 444-7000. Police also ask that any additional witnesses, that were not interviewed by an officer to also contact the department.

The motive behind Saturday’s shooting was not immediately known but it brought back memories of the 2016 massacre at the Pulse nightclub in Orlando, Florida, that killed 49 people. And it occurred in a state that has experienced several notorious mass killings, including at Columbine High School in 1999, a movie theater in suburban Denver in 2012 and at a Boulder supermarket last year.

The Associated Press contributed to this report. 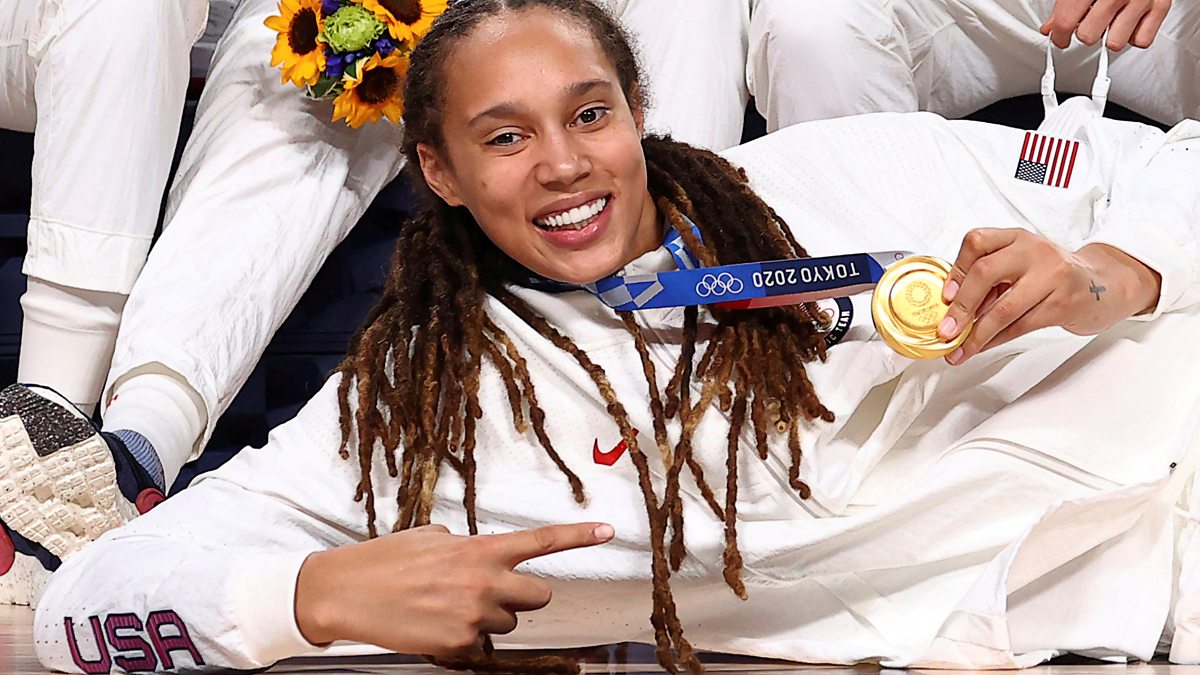 Russia swaps basketball star for Russian arms dealer Viktor Bout. Also in the programme Iranian authorities carry out their first execution of a protester since mass anti-government demonstrations began three months ago; and the Duke and Duchess of Sussex – Harry and Meghan – give their account of relations with the Royal Family and the media in a new series starting today.

(Photo: Brittney Griner poses for a photograph with her gold medal in Women’s Basketball at the Tokyo 2020 Summer Olympics. Credit: Reuters)