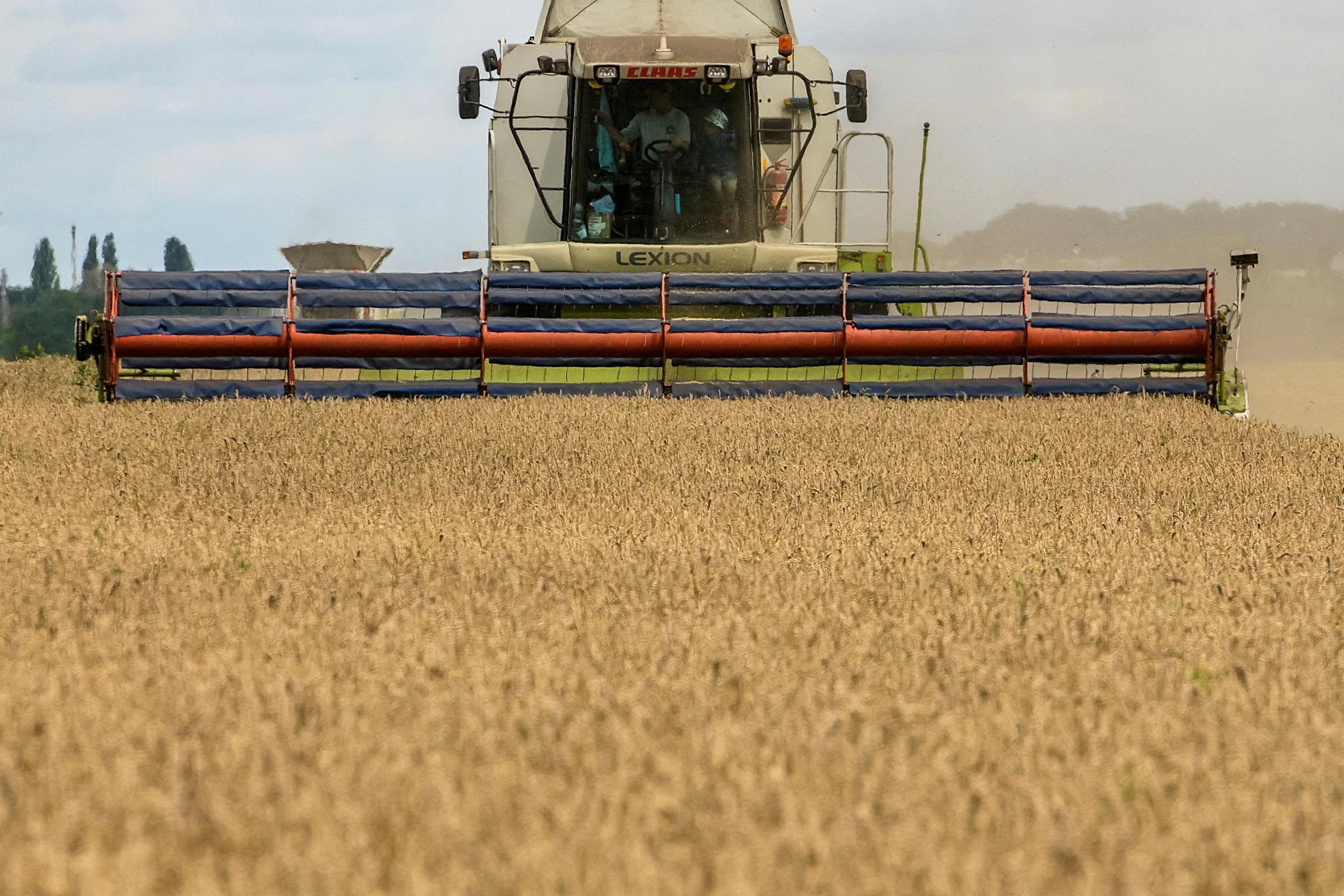 FILE PHOTO: A combine harvests wheat in a field near the village of Zghurivka, in Kyiv region, Ukraine August 9, 2022. REUTERS/Viacheslav Musiienko/File Photo

Ukraine is one of the world’s leading grain and oilseed exporters and a Russian blockade of its ports after Moscow invaded its southern neighbour in February triggered higher global prices for basic foods.

The UN-brokered deal reached in July allowed grain shipments to resume. But Russian support for the pact has wavered in recent weeks and Moscow even temporarily withdrew at the end of October. This has put the deal’s long-term future in doubt even after it was extended on Thursday for 120 days.

Moscow said it expected all its concerns related to Russian exports of food and fertilisers to be addressed in that period.

Kyiv had sought a one-year extension.

Ukraine has shipped grain by truck and train via its western border and through small Danube river ports in the south west. But the capacity on those routes is much smaller than from its sea ports – meaning there is no significant plan B if the sea corridor falters.

The maximum export capacity via these routes is 2.7 million tonnes per month, data from industry group Coceral shows, versus around 6 million tonnes that were exported via Ukraine’s Black Sea ports before the invasion.

Ukraine Grain Association (UGA) head Nikolay Gorbachov said exports via the Danube River could perhaps be increased by a third to 2 million tonnes per month but, beyond that, significant gains including via rail and truck are not feasible.

“Rail and truck capacity can maybe be increased 3-5% but no more, because the infrastructure of Europe can’t absorb our grain. They are not ready on truck, on rail, on river barge, on storage, to accept this grain at volume,” he said.

There has been some progress since the conflict began, with grain exports via rail, truck and river barge reaching 7.1 million tonnes between July and September versus 4.25 million between March and June, data issued by UGA showed.

The figures also show exports via river barge to Romania nearly doubled over the period, rising from 2.55 million tonnes to 4.7 million and far exceeding the increases via rail and truck.

Those initial increases were however based mostly on improving the efficiency of the existing logistics system – not on building new routes or equipment.

Danube ports would not attract large investments, as logistics through Black Sea ports are much cheaper and so if and when those ports reopen, they could quickly make new capacity on the Danube obsolete, Gorbachov said. The same applies to truck and rail infrastructure, he added.

Ukraine more than doubled its exports of grain via rail before the sea corridor was agreed, peaking at 940,000 tonnes in July, said Valeriy Tkachev, deputy head of the commercial department of Ukraine railways company Ukrzaliznytsia. Rail exports dropped back down after cheaper sea shipments resumed under the deal.

“At present we are shipping some 0.5 million a month from Ukraine and if we don’t get technical assistance from the European Union (as) promised, we can’t really do more,” Polish Deputy Prime Minister and Agriculture Minister Henryk Kowalczyk told Reuters.

In May, the EU proposed a “solidarity lanes” initiative to streamline and prioritise the passage of grains via Ukraine’s western borders.

“They don’t have (enough) wagons (for transporting grain), they have limited capacity of the network itself,” said Tkachev.

Before the grain export agreement, attention was fixed mainly on expanding loading terminals on Ukraine’s western border, he said. But Tkachev said this could not solve the core problem of lack of port capacity in the countries closest to Ukraine.

“We went the wrong way – we all focused on our border crossings, (without understanding) how this cargo will be absorbed,” he said, referring to the lack of capacity to move the grain once it had arrived in neighbouring countries.