In a year when the movies are mediocre, there are always actors. In a year when the movies are terrific—and 2022 has turned out to be such a year—there are that many more actors doing astonishing work. Here are snapshots of 10 of the year’s finest performances, and at the end, a selection of others, any of which could have easily made this list. It was that good a year. 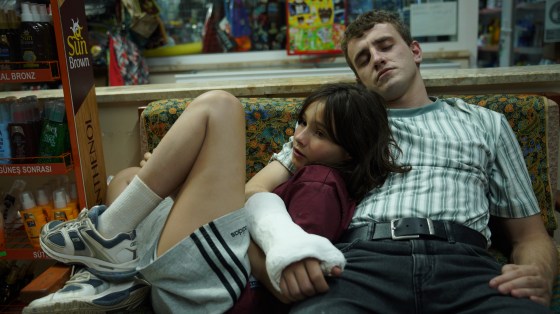 Courtesy of A24Paul Mescal and Frankie Corio in ‘Aftersun’

In Charlotte Wells’ wondrous debut Aftersun, Paul Mescal gives one of those mysterious performances that comes together like a mosaic, a portrait of stunning emotional clarity emerging from bits of light and shadow. As Calum, a troubled thirtyish parent on holiday with his precocious 11-year-old daughter (played beautifully by Frankie Corio), Mescal reveals intense secrets without spelling anything out. We never know the specifics of his heartbreak—just that whatever it is, it’s set every molecule of air vibrating around him. 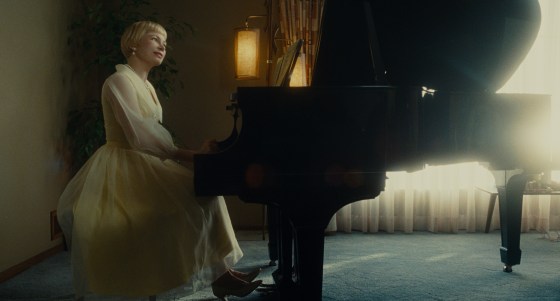 Universal Pictures/Amblin EntertainmentMichelle Williams as Leah Adler in The Fabelmans

With her shortie bangs and baggy-crisp dungarees, Michelle Williams makes the perfect sunny 1950s mom in Steven Spielberg’s memoir-movie The Fabelmans. But Mitzi Fabelman, a woman with a growing family and a well-meaning husband who adores her but doesn’t fully understand her, is much more complicated than she at first seems, and Williams gradually teases out a wealth of nuances. Williams’ radiance is less a contradiction of Mitzi’s unhappiness and frustration than a core component. This is a portrait of a woman so full of life she doesn’t know where to put it all; her family clusters around her, bewildered and dazzled. Williams captures Mitzi’s all-encompassing incandescence and her isolation. It’s as if we’re seeing both sides of the moon at once.

Courtesy of A24Jeremy Pope in The Inspection

Elegance Bratton drew from his own experience in writing and directing The Inspection, about a young man, gay and on the edge of homelessness, who joins the Marines to get his life together. Jeremy Pope is superb as that young recruit, Ellis French, who faces brutality among his new brothers but also finds something else: a core sense of belonging that reinforces, rather than negates, who he truly is. Pope’s performance is an exploration of manhood and masculinity in all its complicated facets. The wonder of human beings is that they defy easy categorization, an elusive truth Pope captures with clear-sightedness and grace.

Taylor Russell, Bones and All 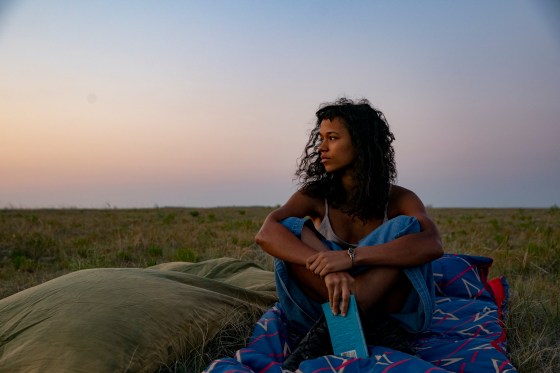 Luca Guadagnino’s teen-cannibal romance Bones and All, adapted from Camille DeAngelis’ novel, sometimes grinds away a little too obviously at the misunderstood-lovers conceit. But everything about Taylor Russell’s performance feels as naturally electric as a raw nerve ending. As Maren, a young woman coming to terms with her own ungodly appetites, Russell is both achingly vulnerable and bracingly self-possessed. The first section of the film, before the love interest played by Timothée Chalamet enters the picture, is a near-perfect exploration of the wilderness of adolescence, with Russell charting every painful step. She’s an actor to watch, and to treasure.

Colin Farrell, The Banshees of Inisherin 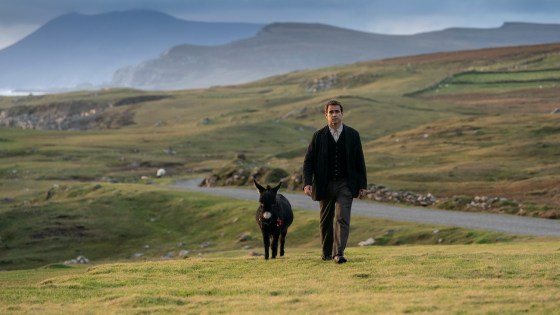 Courtesy of Searchlight PicturesColin Farrell in ‘The Banshees of Inisherin’

Colin Farrell is so consistently wonderful as an actor that he’s almost in danger of being taken for granted. But his performance in Martin McDonagh’s The Banshees of Inisherin—as a denizen of a remote Irish village, suddenly disowned by his best friend in the world (played, with crotchety poise, by Brendan Gleeson)—is so exquisitely textured that it’s easy to appreciate him anew. Farrell’s Padraic is a guy whose chief pleasures in life are spending time with his mini-donkey Jenny and wandering down the pub for a pint and some easy conversation. He’s your classic nice fellow, which means he’s blindsided by his friend’s abrupt reversal. Farrell plays Padraic with a mix of salty mournfulness and wry, gentle bemusement. It’s a performance as wide-open as the sea and as intimate as a zephyr. 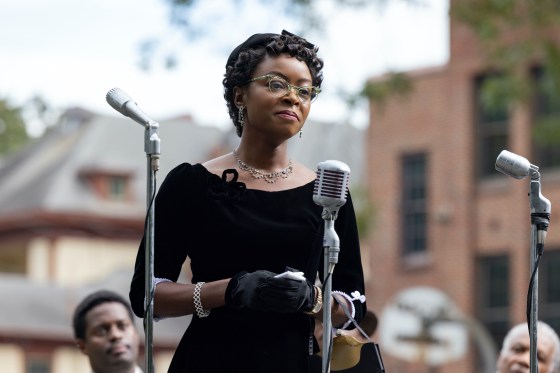 Lynsey Weatherspoon — Orion PicturesDeadwyler as Mamie Till Mobley in ‘Till’

In Chinonye Chukwu’s Till, Danielle Deadwyler plays Mamie Till-Mobley, the mother of Emmett Till, with such supple conviction she seems to melt the distance between the mid-1950s and the present day. The story is told mostly through Till-Mobley’s eyes, focusing largely on her insistence that her son—who was tortured and murdered in 1955 Mississippi for allegedly whistling at a white woman—be laid out in an open casket, so the world could bear witness to the tragedy of her boy’s death. Emmett Till’s story is one of the most shameful and heartbreaking episodes of our collective past; even so, Deadwyler infuses this account with light and warmth. Her performance refuses to be rooted in the past. Instead, it pushes forward into the future. 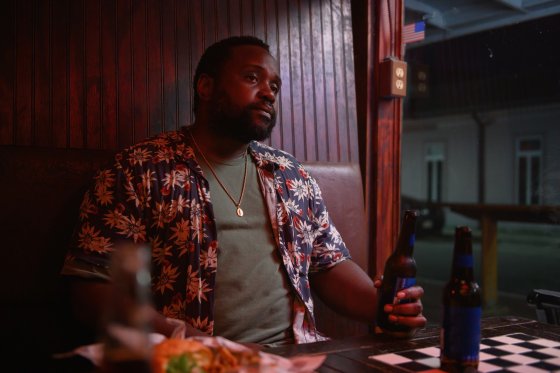 Everything Brian Tyree Henry does in Causeway—Lila Neugebauer’s gently profound drama about a returning veteran, played by Jennifer Lawrence, who’s abrasively closed off to the world—is so subtly shaded that only at the movie’s end is it possible to see how astonishing he is. As James, a car mechanic who catches echoes of his own sorrow in Lawrence’s beyond-prickly Lynsey, Henry plays every moment like a bent note, the sound of anguish stretching toward, reaching for, joy.

There’s nothing more life-or-death than comic timing, which is why comedy may be the best training for so-called serious acting. With Emily the Criminal, Aubrey Plaza, whom we generally think of as a comic actor, shifts her focus to a dead-serious subject, playing a young woman who resorts to credit-card fraud to pay off her student-loan debt. This performance has less oddball buoyancy than most of Plaza’s others, in pictures like The Little Hours and Safety Not Guaranteed. But it’s also deeply haunting, tapping straight into the stressful tremors of everyday life, the anxieties most of us feel every day but rarely dare to acknowledge. Every Plaza performance is different, but this one leaps into a new territory of promise.

Read more: Aubrey Plaza is the Low-Key Movie Star for Our Times 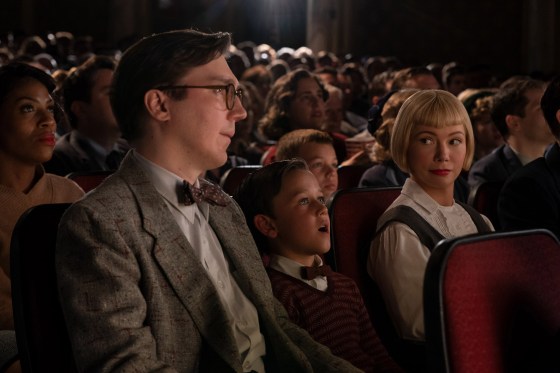 Of all the characters you might invent for the screen, few have the potential to be as recessive as the solid but somewhat unreachable 1950s dad. In The Fabelmans, Dano plays a version of Steven Spielberg’s real-life father, an electrical engineer who adored his wife but nonetheless lost her to his best friend. Dano’s Burt is maddeningly practical, determined to steer his son (Gabriel LaBelle) away from the goal of becoming a professional filmmaker; meanwhile, he watches as his firecracker of a wife (Michelle Williams) drifts away from him—he just doesn’t have what it takes to hold her. Dano fills this performance with repressed feeling, a concept that’s hard to wrap your brain around: isn’t it like trying to fill a glass with air? But that’s the miracle of what Dano pulls off here. In him we see the sum of all the things that so many men of that generation just didn’t know how to be; we also see a deep well of love, no less real for being left unexpressed. 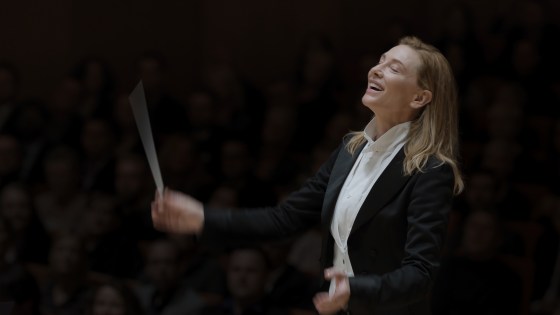 Todd Field’s Tár is hard to pin down: is it an exploration of the pigheaded dedication it takes to be a great artist, a celebration of all that art can mean to us, or a wicked extended gag about human selfishness? It’s all three of those things, and more, but through it all there’s no looking away from Cate Blanchett as the world-class orchestra conductor Lydia Tár. She’s the film’s resplendent center, its sun queen. Tár is about the invention, and subsequent unraveling, of a self. Blanchett’s Lydia glides through every phase until she hits what’s either a desperate nadir or the first stirrings of a rebirth—who knows which? Blanchett gives nothing away easily, though she keeps us close every step of the way, even if we need to run a little bit to keep up with her. In the end we’re not her audience; we’re her accomplices.

And now a handful of other terrific performances—because there were just so many: Michelle Yeoh in Everything Everywhere All at Once, Seth Rogen in The Fabelmans, Anamaria Vartolomei in Happening, Anthony Hopkins in Armageddon Time, Austin Butler in Elvis, Emma Thompson in Good Luck to You, Leo Grande, Tilda Swinton in The Eternal Daughter, Ke Huy Quan in Everything Everywhere All at Once, Kerry Condon and Brendan Gleeson in The Banshees of Inisherin, Guslagie Malanda in Saint Omer.