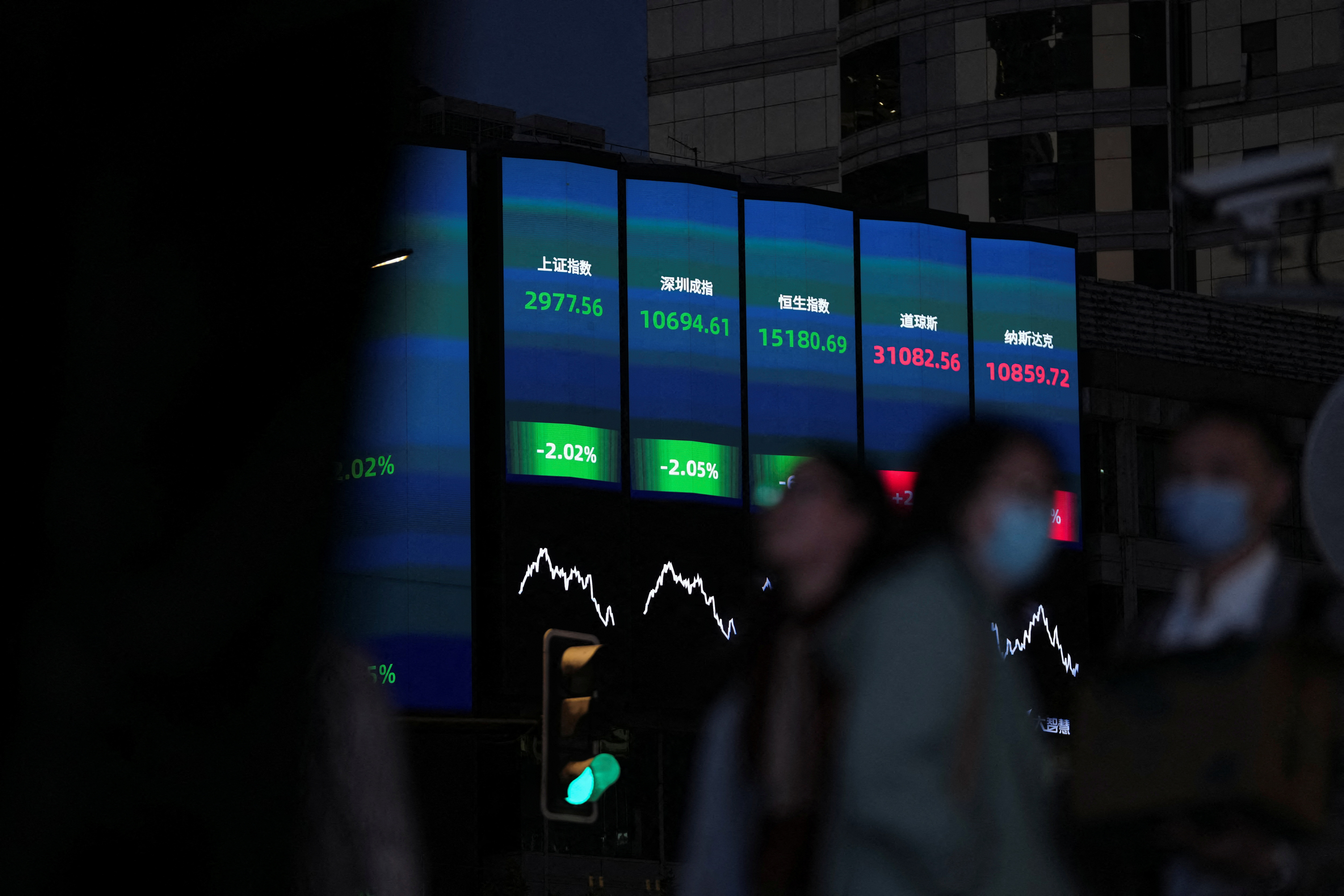 Asian equities rose on Thursday, propped up by Hong Kong and China stocks amid growing optimism over an easing of COVID restrictions in the world’s second biggest economy even as fears of a slowdown and worries over Fed interest rate rises linger.

MSCI’s broadest index of Asia-Pacific shares outside Japan (.MIAPJ0000PUS) was up 0.57%, on track to snap a two-day losing streak.

The latest report comes after the government on Wednesday announced sweeping changes to ease a tough anti-COVID policy that has battered China’s economy.

“While it could be a bumpy journey over next few weeks, China is ready to move on from COVID in one to two quarters,” said Wenli Zheng, portfolio manager of the China Evolution Equity Strategy at T. Rowe Price, adding that Chinese equities could be the bright spot in 2023.

The gains in Asia were capped as increasing fears that the Federal Reserve might stick to a longer rate-increase cycle after strong jobs and service-sector reports crimped investors’ risk appetite.

“The thing that stands out is what’s going on U.S. Treasury market, there does not seem to be a lot behind the moves, and I think that’s what driving most of the rest of the market,” said Rob Carnell, head of ING’s Asia-Pacific research.

The Bank of Canada on Wednesday hinted that its historic tightening campaign was near an end as it raised benchmark overnight interest rates by 50 basis points to 4.25%, the highest level in almost 15 years.

Data on Wednesday showed that U.S. worker productivity rebounded at a slightly faster pace than initially thought in the third quarter, but the trend remained weak, keeping labour costs elevated.

The two-year U.S. Treasury yield, which typically moves in step with interest rate expectations, was up 3.9 basis points at 4.295%.