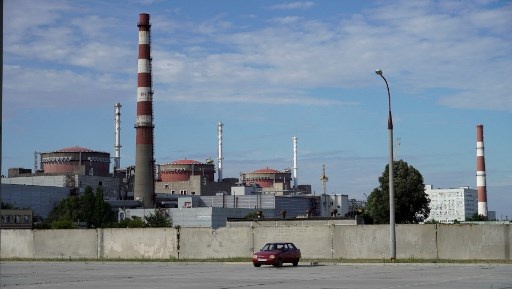 Once again the Zaporizhzhia nuclear power station in southern Ukraine is the source of huge global tension after a series of explosions rocked the facility over the weekend of Nov. 20-21, stoking fears that Russia’s invasion of Ukraine could result in a disaster on an unimaginable scale.

The International Atomic Energy Agency (IAEA) will on Monday Nov. 21 send a team of experts to inspect the site. Here’s why they’re going and what could happen next…

Remind me, what’s the situation with the  ​​Zaporizhzhia nuclear power station?

The Zaporizhzhia nuclear power station is the largest nuclear facility in Europe which, when added to the fact it is now situated in an active warzone, means a potential nuclear disaster waiting to happen.

The plant is under the control of Russian forces but is run by its pre-war Ukrainian staff who are effectively being held prisoner. According to some who have managed to escape, they are being regularly tortured and beaten.

The site has been shelled on a number of occasions during the war and is located just 300 miles from the location of the world’s worst nuclear accident, the Chernobyl nuclear power station, which suffered a devastating explosion in 1986.

What happened over the weekend?

There were more than a dozen blasts in the vicinity of the power plant over Saturday and Sunday, some of them close enough to have been witnessed by members of an IAEA team based at the site.

IAEA chief Rafael Grossi said there was “damage in some rather delicate places” although the nuclear reactors themselves have not been affected. Damage has mainly affected “the area where the fresh and spent fuel is located”.

The reactors remain shut down for obvious reasons but they need constant cooling. The fear is that shelling of the plant and the surrounding area could cut power to the cooling systems which in turn would lead to the nuclear fuel overheating.

At this stage that hasn’t been ascertained but is exactly what the IAEA inspection on Monday hopes to find out.

What has Ukraine said?

What has Russia said?

Has the IAEA said anything yet?

Yes, the IAEA is alarmed. A statement on Sunday from Grossi described the blasts as “targeted” and called for whoever was responsible to “stop this madness”.

He added: “The news from our team yesterday and this morning is extremely disturbing. Explosions occurred at the site of this major nuclear power plant, which is completely unacceptable.”

“Whoever is behind this, it must stop immediately. As I have said many times before, you’re playing with fire!”

So the inspection will find out what happened, right?

Hmm, unlikely. In a very suspicious move, Russian nuclear power operator Rosenergoatom said there would be curbs on what the IAEA team could inspect.

Renat Karchaa, an adviser to Rosenergoatom’s CEO, told the Russian state-owned Tass news agency. “If they want to inspect a facility that has nothing to do with nuclear safety, access will be denied.”

Grossi has already acknowledged the other difficulties facing the inspection team, saying: “The plant is on the front line, there are military activities that are very difficult to identify and there are Russian troops and Ukrainian troops in operation.”

“We expect to be able to take stock of the situation very early tomorrow morning,” he added. But the inspectors had not been able to leave for the site on Sunday, as the situation was too dangerous, he said.

This isn’t the first time this has happened – Moscow and Kyiv have traded blame for months over shelling near the Russian-held facility.

Fears of a nuclear disaster have spurred calls to demilitarize areas around atomic facilities in Ukraine.

Ultimately, until Russian troops leave the plant – and the rest of Ukraine – fighting will continue and the IAEA is unlikely to be able to enforce the safety regime needed to make the facility safe.

The new human rights commissioner Volker Türk was speaking at a press conference to mark human rights day. Also: A Russian politician has been convicted of spreading false information about the war in Ukraine and the Japanese billionaire taking celebrities with him to the moon…