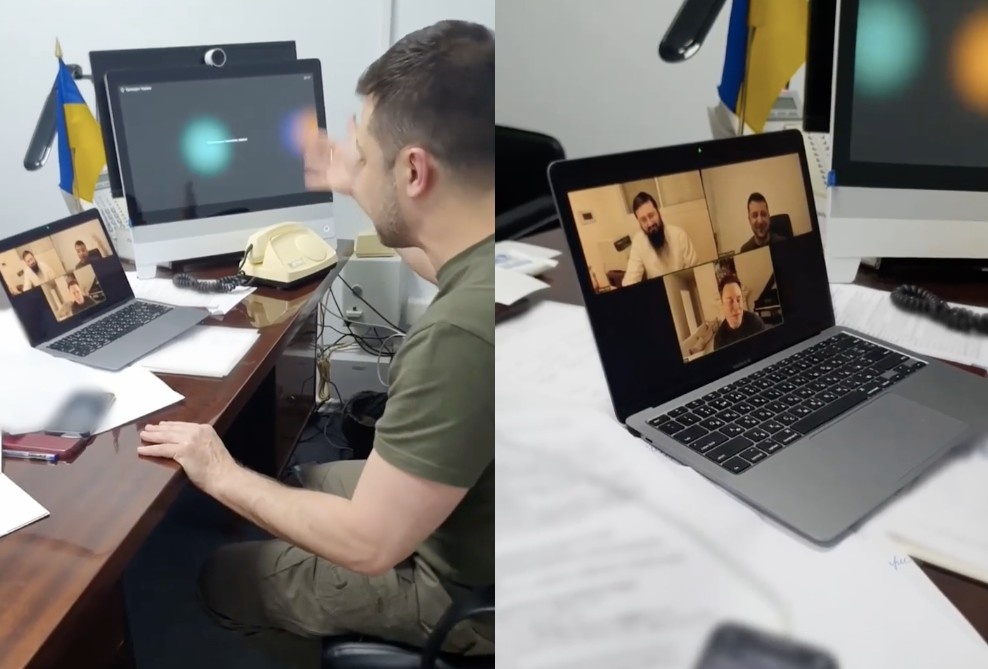 President Volodymyr Zelensky has invited Elon Musk to visit Ukraine and even suggested the possibility that “someone has influence over him,” after their long-running feud once again reignited in public.

Here’s a guide to the latest instalment of the saga…

When did this all start?

Such a peace deal could condemn millions of Ukrainians to a life under Russian occupation, leaving them at constant risk of torture, imprisonment and death.

It would also essentially reward Russian President Vladimir Putin for an imperialist war of aggression, sending a signal to authoritarians around the world that military expansionism and nuclear blackmail are viable ways to conduct affairs in the 21st century.

Regardless, the Tesla and SpaceX founder created a poll to let his more than 100 million followers vote on the idea.

How did Zelensky respond at the time?

How did Russia respond?

The Kremlin loved the idea of Musk’s proposal, with spokesman Dmitry Peskov, calling it “very positive”, He added: “Compared to many professional diplomats, Musk is still searching for ways to achieve peace.

“And achieving peace without fulfilling Russia’s conditions is absolutely impossible.”

Why has the issue come up again?

At an event organized by The New York Times, Zelensky was invited to talk on a number of issues when the topic of Musk’s comments about a peace proposal came up.

“I think that either someone has influence over him, or he somehow draws conclusions on his own,” Zelensky said by video link at the DealBook Summit.

“If you want to understand what Russia has done here, come to Ukraine and you will see it all for yourself.

“And then you will tell me how to end this war, who started it and when it can be ended.”

Zelensky has said he will never negotiate with Russia as long as Putin remains its leader.

Could Russia have influence over Musk?

It’s unlikely. Musk appears to simply be a little naïve and uneducated about the realities of what is happening Ukraine.

Before his peace proposal controversy, he had become something of a hero in the country for providing thousands of Starlink terminals which provide internet coverage.

Starlink, a constellation of more than 3,000 small satellites in low Earth orbit, has been vital to Ukraine’s communications as it battles Russia.

Yet even this has been mired in controversy – last month he said his company SpaceX will continue to pay for the network, one day after the tech mogul suggested he could not keep funding the project.

“The hell with it,” Musk, the world’s richest man, wrote on Twitter.

“Even though Starlink is still losing money & other companies are getting billions of taxpayer $, we’ll just keep funding Ukraine govt for free.”

In a series of tweets, Musk had detailed the logistics of the operation and said it was costing SpaceX nearly $20 million per month, and suggested the company could not fund it indefinitely.

Meanwhile, the U.S. military confirmed it was communicating with the billionaire’s company about funding for the key network.

The post EXPLAINED: Why President Zelensky is Once Again Fighting With Elon Musk appeared first on Kyiv Post.

Guardian Australia’s political editor, Katharine Murphy, speaks to the prime minister, Anthony Albanese, about his time in office so far, the voice to parliament and dealing with challenges from instability in Europe. He also reflects on whether he would have pursued the controversial Aukus security agreement differently to his predecessor, Scott Morrison