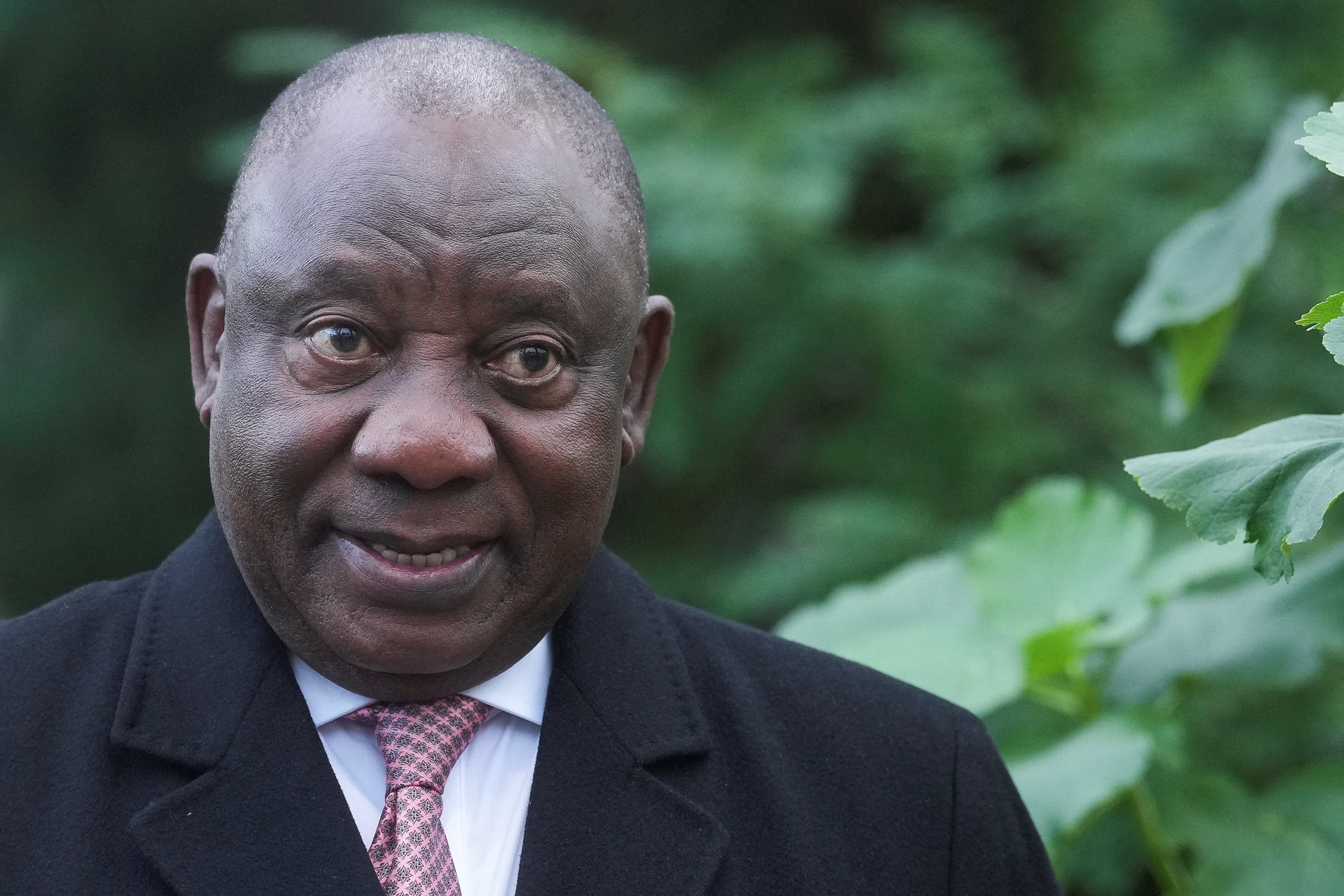 South African President Cyril Ramaphosa looks on as he walks through the Royal Botanic Gardens during a state visit in London, Britain, November 23, 2022. REUTERS/Maja Smiejkowska

South African President Cyril Ramaphosa has been under mounting pressure since an inquiry found evidence he may have committed serious misconduct in relation to a large amount of cash stolen from his game farm.

Ramaphosa has denied any wrongdoing. But the inquiry’s findings, and questions over how the cash got there, could not have come at a worse time for the president, who ousted his predecessor Jacob Zuma on a promise to clean up corruption.

Before the findings came out on Wednesday, he was the clear favourite to lead the African National Congress (ANC) into elections in 2024 and secure a second full presidential term.

But with less than a month to go before the party chooses its next candidate, he is battling for political survival.

Everything changed for Ramaphosa when South Africa’s former spy chief, Arthur Fraser, walked into a police station in June and accused him of money laundering, corruption and covering up a large theft of cash.

In a sworn statement, Fraser said thieves had raided Ramaphosa’s Phala Phala game farm in February 2020, found at least $4 million in foreign cash hidden in furniture, and made off with the money.

Police opened a criminal investigation into the case after Fraser’s statement, which raised questions about how Ramaphosa had acquired so much cash and whether he declared it. The media dubbed it the “farmgate” scandal.

Ramaphosa said there had been a break-in and that a much smaller amount of cash – proceeds from the sale of game – had gone. He denied covering up the crime, saying he was away when it happened and that he reported it when he got the details.

Fraser’s sworn statement, which included security video footage and photos, said the gang got in via a perimeter fence, ransacked then house and spent some of their haul on new vehicles.

The affair has been a huge embarrassment for Ramaphosa who has repeatedly spoken about taking a tough line on graft.

He faced down a rival faction from his own party in July who were trying to scrap a rule that anyone charged with corruption or other crimes must step down while they are being investigated.

He also promised in October to tackle graft with tougher procurement rules and better oversight of state-owned firms, after an inquiry highlighted high-level graft under Zuma.

On the back of Fraser’s affidavit, a small parliamentary opposition party, the African Transformation Movement (ATM), lodged a motion in parliament asking to institute a so-called Section 89 inquiry into Ramaphosa’s fitness to stand office.

Used for the first time since being adopted by parliament in 2018, the Section 89 inquiry sets out a process to impeach a sitting president of South Africa, if evidence emerges of wrongdoing.

The panel’s recommendations, which are not binding on lawmakers, are the first step in a lengthy process that could eventually lead to Ramaphosa’s impeachment.