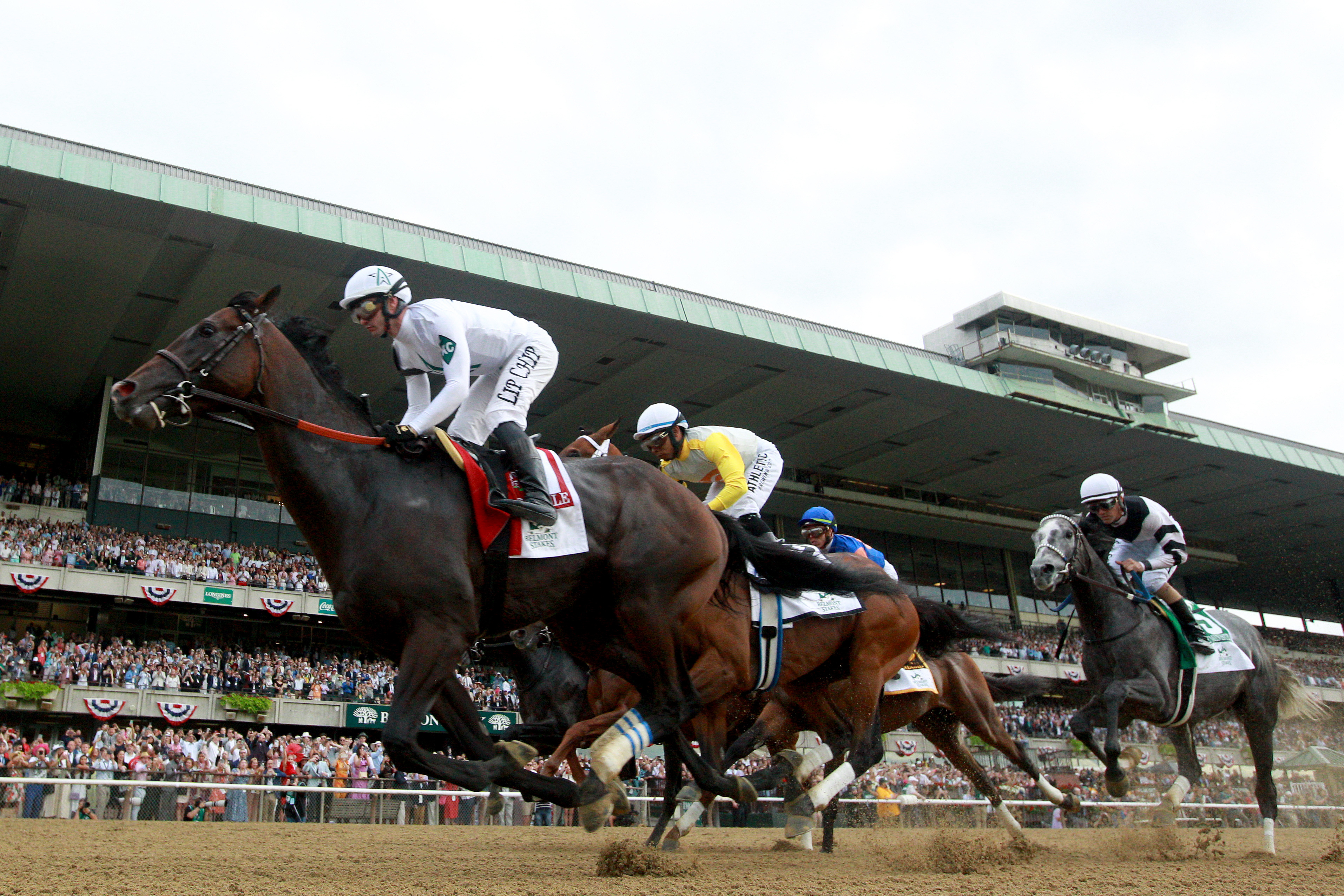 Jun 11, 2022; Elmont, NY, USA; We the People (1) with jockey Flavien Prat up, Skippylongstocking (2) with jockey Manuel Franco up, Mo Donegal (6) with jockey Irad Ortiz, Jr. up, and Creative Minster (5) with jockey Brian Hernandez up, run the start of the Belmont Stakes, the eleventh race at Belmont Park Racetrack. / Brad Penner-USA TODAY Sports/File Photo

A law designed to makes horse racing safer by creating and enforcing national rules governing the use of drugs and the treatment of animals is “facially unconstitutional,” a federal appeals court in Louisiana ruled on Friday.

The Horseracing Integrity and Safety Authority (HISA) was created by Congress in 2020 to replace the state-by-state patchwork of regulations following a series of high-profile doping scandals and horse deaths that rocked the industry.

HISA was challenged in court by various horseracing associations as well as officials in Texas, Louisiana and West Virginia who argued that the authority, which falls under the jurisdiction of the Federal Trade Commission (FTC), had insufficient oversight.

“A cardinal constitutional principle is that federal power can be wielded only by the federal government. Private entities may do so only if they are subordinate to an agency,” the U.S. Court of Appeals for the Fifth Circuit said.

“But the Authority is not subordinate to the FTC. The reverse is true. The Authority, rather than the FTC, has been given final say over HISA’s programs.

“We therefore declare that HISA is unconstitutional on that ground,” The three judge ruling concluded.

HISA officials said they were disappointed by the decision and would seek further review in the case.

“If today’s ruling were to stand, it would not go into effect until January 10, 2023 at the earliest,” said Charles Scheeler, chair of HISA’s board of directors.

“We are focused on continuing our critical work to protect the safety and integrity of Thoroughbred racing, including the launch of HISA’s Anti-Doping and Medication Control Program on January 1, 2023.”

Advocates for the law, which passed with bipartisan support, said they also wanted to see the case appealed.

“Over the course of three Congresses, the most brilliant legal minds on Capitol Hill addressed the Horseracing Integrity and Safety Act’s constitutionality and ultimately decided that the FTC’s limited oversight was sufficient,” said Marty Irby, executive director at Animal Wellness Action.

“The only way for the industry to survive is for the new law to prevail in protecting our iconic American equines and if it doesn’t then horse racing in the U.S. may quickly go the way of greyhound racing and the Ringling Bros. and Barnum & Bailey Circus.”