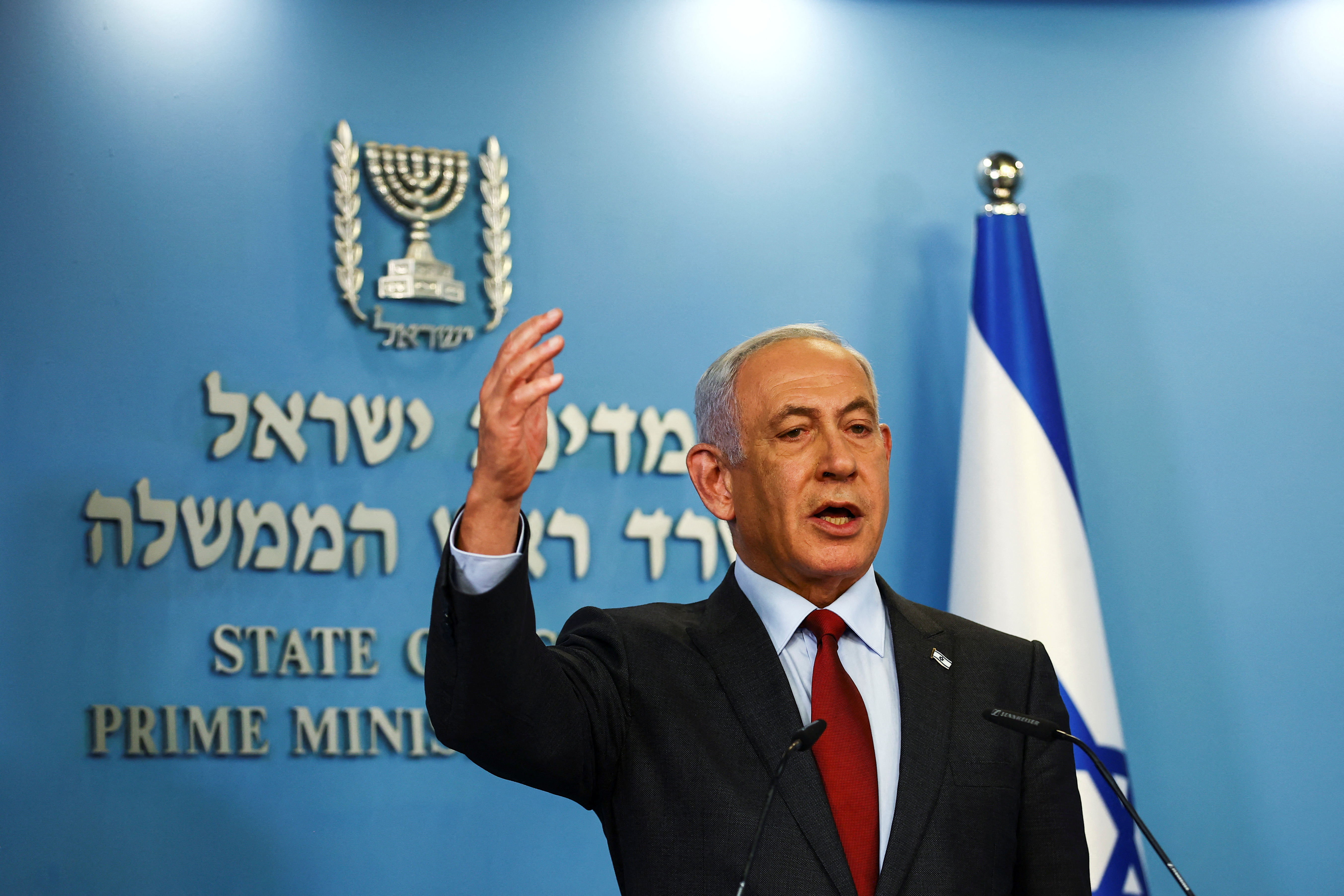 Israeli Prime Minister Benjamin Netanyahu gestures as he speaks at a news conference at the Prime Minister’s office in Jerusalem, January 25, 2023. REUTERS/Ronen Zvulun/Pool

Israeli Prime Minister Benjamin Netanyahu on Wednesday remained steadfast in his stance that a plan by his new right-wing government to overhaul the judiciary, which has come under increasing criticism, would not harm the country’s economy.

“In recent days, I have been hearing concerns regarding the impact of the judicial reform on our economic resilience. … The exact opposite is true,” Netanyahu said at a news conference with Finance Minister Bezalel Smotrich of the far-right Religious Zionism party.

The judicial reforms, which have yet to be written into law, would tighten political control over judicial appointments and limit the Supreme Court’s powers to overturn government decisions or Knesset laws.

The proposed plan would bolster the economy, Netanyahu said, adding that “excessive judicial intervention in Israel is like sand in the wheels of Israel’s economy.”

Netanyahu’s rebuttal comes as leading Israeli economists warn that the judicial shakeup would cause “unprecedented damage to the Israeli economy” and amid mass protests across the country.

In a letter published by Israeli news site Ynet on Wednesday, more than 250 top economists – including former central bank officials – expressed “deep concern that weakening the judiciary will lead to long-term damage to the economy’s growth trajectory and the quality of life for Israel’s residents.”

The letter was released a day after Bank of Israel Governor Amir Yaron met with Netanyahu to give him an economic strategy that included policy recommendations.

The proposed legislation has sparked a fierce debate in Israel, with hundreds of thousands of citizens protesting against it weekly across the country. Opponents say it would undermine the country’s system of checks and balances and endanger democratic values.

Netanyahu, who is on trial for corruption charges he denies, has dismissed the demonstrations as a refusal by leftists to accept the results of last November’s election, which produced one of the most right-wing governments in Israel’s history. He says the plan would rein in Supreme Court overreach.

Justice Minister Yariv Levin has said that the reforms are meant to restore balance between the judiciary, legislative and executive branches.