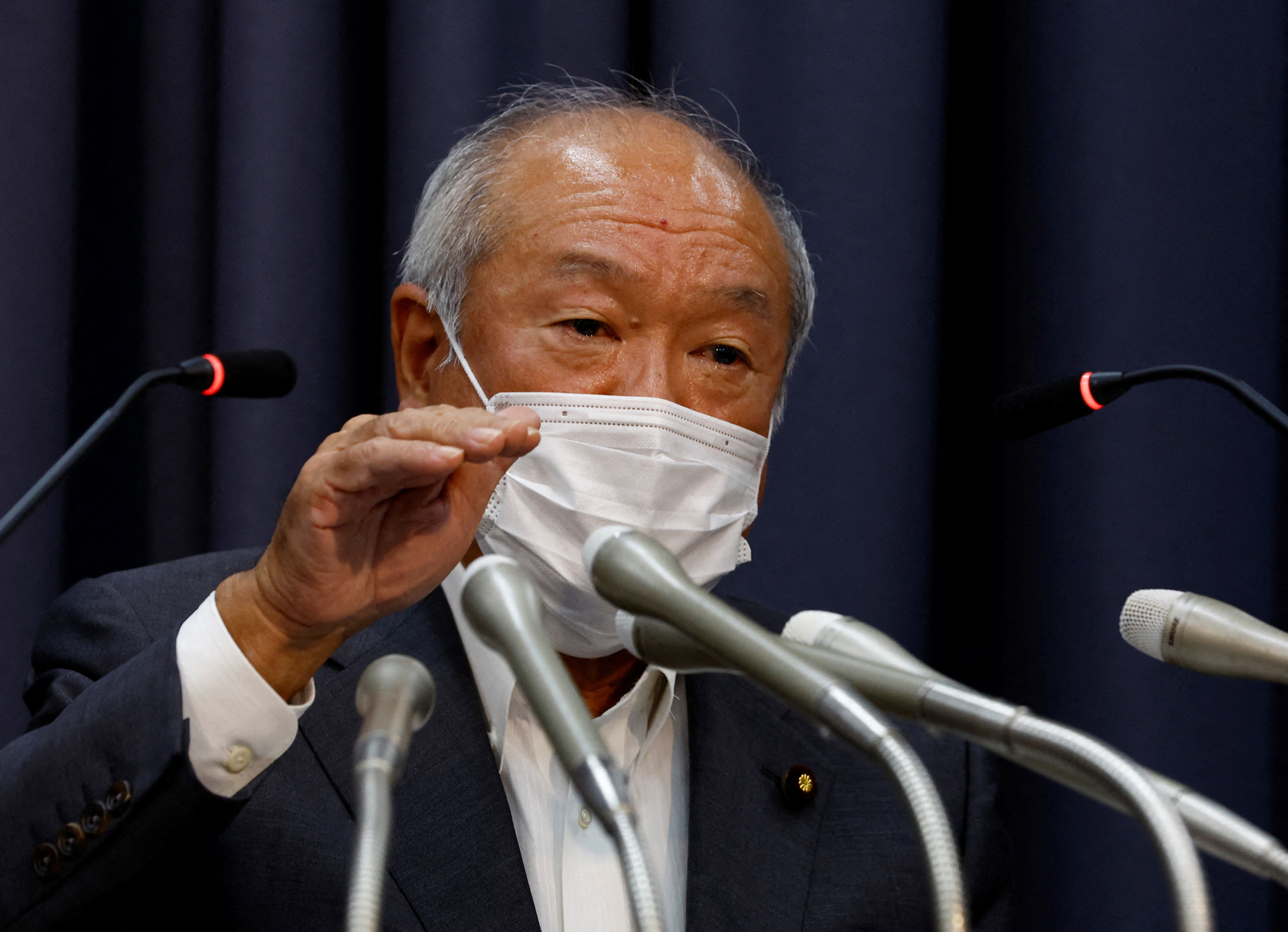 Japan’s Finance Minister Shunichi Suzuki speaks at a news conference after Japan intervened in the currency market for the first time since 1998 to shore up the battered yen in Tokyo, Japan September 22, 2022. REUTERS/Kim Kyung-Hoon

The government has been helped by near-zero bond yields, but bond investors have recently sought to break the Bank of Japan‘s (BOJ) 0.5% cap on the 10-year bond yield, as inflation runs at 41-year highs, double the central bank’s 2% target.

“Japan’s public finances have increased in severity to an unprecedented degree as we have compiled supplementary budgets to respond to the coronavirus and similar issues,” Suzuki said in a policy speech starting a session of parliament.

It is not unusual for the finance minister to refer to Japan’s strained finances. Despite the country’s growing debt pile, the government remains under pressure to keep the fiscal spigot wide open. Japan must balance regional security concerns over China, Russia and North Korea, and manage a debt burden more than twice the size of its $5 trillion economy – by far the heaviest burden in the industrialised world.

Market showed little reaction to Suzuki’s speech, in which he explained the details of the coming fiscal year’s state budget worth a record 114.4 trillion yen ($878.9 billion).

Suzuki reiterated the government’s aim to achieve an annual budget surplus – excluding new bond sales and debt-servicing costs – in the fiscal year to March 2026. The government, however, has missed budget-balancing targets for a decade.

The Ministry of Finance estimates that every 1-percentage-point rise in interest rates would boost debt service by 3.7 trillion yen to 32.5 trillion yen for the 2025/2026 fiscal year.

“The government will strive to stably manage Japanese government bond (JGBs) issuance through close communication with the market,” he said.

“Overall JGB issuance, including rolling over bonds, remain at an extremely high level worth about 206 trillion yen. “We will step up efforts to keep JGB issuance stable.”

“Public finance is the cornerstone of a country’s trust. We must secure fiscal space under normal circumstances to safeguard trust in Japan and people’s livelihood at a time of emergency.”

Prime Minister Fumio Kishida echoed Suzuki’s resolve to revive the economy and tackle fiscal reform. He stressed the need for a positive cycle of growth led by corporate profits and private consumption, which accounts for more than half of the economy.

“Wage hikes hold the key to this virtuous cycle,” Kishida said in his policy speech. He vowed to push labour reform to create a structure that allows sustainable wage growth and overcome the pain of rising living costs.

“First of all, we need to realise wage growth that exceeds price increases,” Kishida added, pledging to also boost childcare support, and push investment and reform in areas such as green and digital transformation.