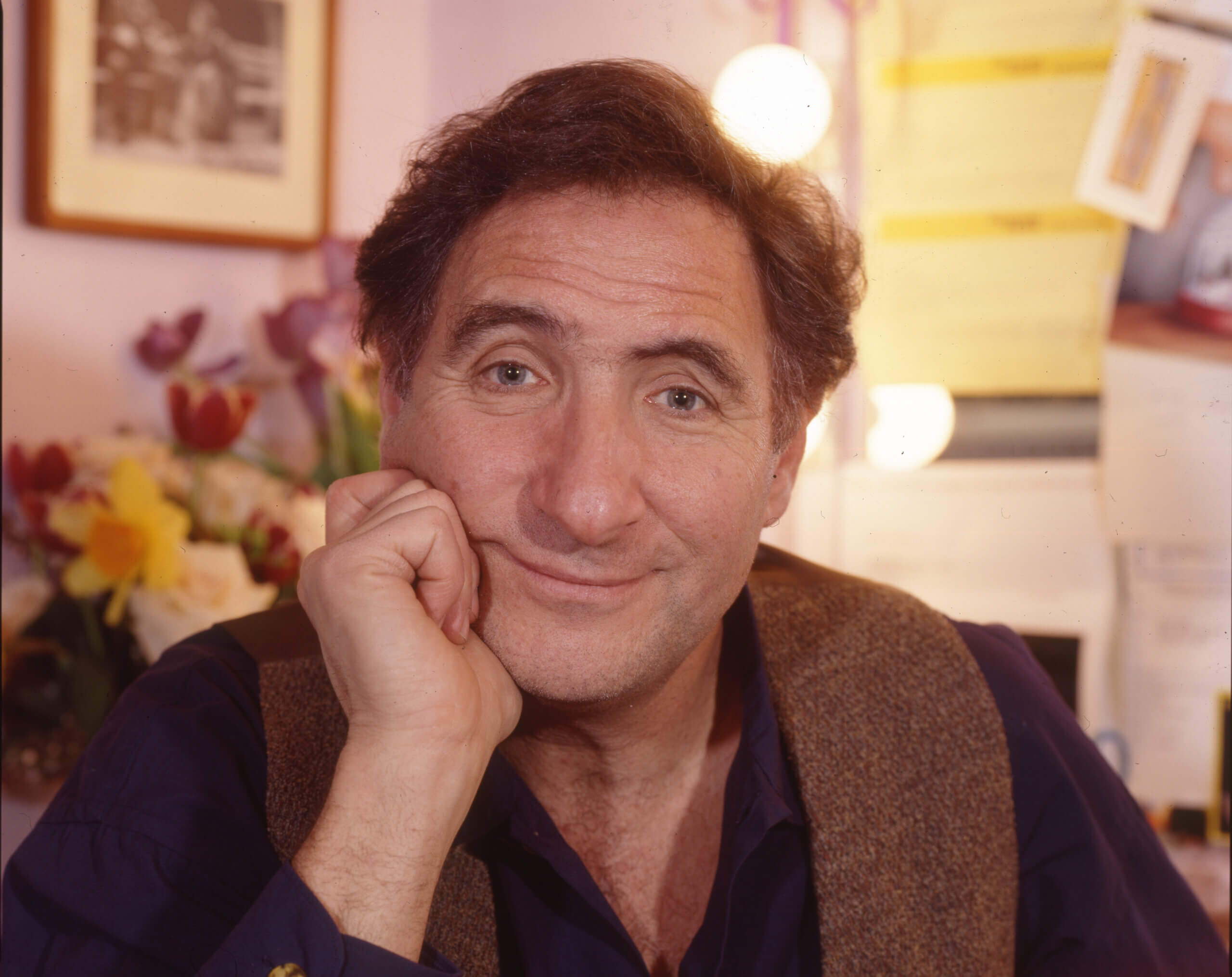 I will always be amused by how Sarah Silverman kicked off a casting debate over a Joan Rivers series that never even happened, and just how quickly the conversation fizzled out after.

I was thinking about Silverman’s “Jewface” (and I hate that term) comments a lot during Oscar season, confident — and correct — that Michelle Williams would be justly nominated for playing Steven Spielberg’s mom and that Judd Hirsch would also vie for an Oscar for his turn as Spielberg’s eccentric great-uncle. It wasn’t top of mind because Williams isn’t Jewish, though she’s apparently raising her kids to be, but because Hirsch so obviously is, and that didn’t make me like his performance any better.

I love Judd Hirsch. He was great on Numb3rs, on Taxi and in Independence Day (I never watched Dear John). The Academy likes him too; he was up for supporting actor in 1981 for Ordinary People, but lost to co-star Timothy Hutton. But there’s no getting around the fact that this nomination for the animal trainer immigrant Boris Schildkraut feels like his Scent of a Woman moment.  The character — while perhaps true to Spielberg’s memories — is a caricature, who mysteriously materializes like a schmaltz-fueled specter after a death in the Fabelman family.

Over dinner, Boris speaks of the antisemitism in the circus and haimish Hollywood where he formed a minyan with Douglas Fairbanks. Later, he takes his young great-nephew, Sammy, aside to pinch his cheeks and tell him all about the painful path of art that will make him a “shanda for his loved ones.”

In a piece for The Hollywood Reporter, Simi Horwitz said, “Boris is well beyond Jewish stereotype.” I described him variously as the entire fish line at Zabar’s and an entire Upper West Side apartment block. (My editor punched this up with “as scripted by Mel Gibson.”)

While there’s no doubting Hirsch’s Jewish bona fides, there is the uncomfortable fact that his performance plays somewhere closer to Eddie Murphy’s Jewish barber shop patron in Coming to America — except that that was funny.

I have to say, I don’t blame Hirsch, who is one of two Jewish acting nominees this year with Jamie Lee Curtis for Everything Everywhere All At Once (a film which, in the theatrical cut, credited Jenny Slate’s character as “Big Nose”). I’m more inclined to fault Oscar-nominated screenwriters Tony Kushner and Steven Spielberg, who penned a character bordering on offensive even for a Jew to play, and that would be worth some kind of sanction from the ADL if performed by a gentile.

There’s a bit of a tell in an LA Times profile, where Hirsch relates how Spielberg told him, of the real-life inspiration for Boris, “we hardly understood a word he said.” There’s likely an element of embarrassment at play in the writing of this Yid, who roars like a lion and rends his shirt over his dead sister. Certainly Sammy feels uncomfortable with this Old World ambassador, even if many audiences, Jewish and not, may be charmed. I sense that, had Jerrod Carmichael in fact taken Ye to see a matinee, it wouldn’t move the needle much.

I was surprised that I preferred Anthony Hopkins in Armageddon Time, who, through a kind of Welsh accent, spoke some capable Yiddish. (I didn’t cringe at his use of mensch nearly as much as when Boris said “we’re meshugge for art.”) There’s a nuance to that character, inspired by director James Gray’s own grandfather, that feels truthful. I wish Hirsch were nominated for a role with that much depth. Certainly he is capable of it.

I speak not to discredit Hirsch, only to say that he proves a kind of faulty logic behind Silverman’s theory  of “Jewface.”

A Jew can still do Jewface — an actor’s only as good as his material.

The post I want Judd Hirsch to win an Oscar — but not like this appeared first on The Forward.

Audio Review via Michael Novakhov on Inoreader
The Breakdown: The Legacy of ‘Dora the Explorer’
byhelp@prx.org (Futuro Media and PRX)

In 1998, three television writers tasked with creating the next hit children’s show came up with the idea of a young girl who would go on adventures and ask questions directly to the audience. With the help of consultants, they created a seven-year-old Latina girl named Dora Márquez and the show, “Dora the Explorer.” Almost 20 years later, Dora is reimagined as a teenager in a new live-action film called “Dora and the Lost City of Gold.” While some of the elements in Dora’s world are still fictional, the live-action film grounds Dora in reality. In this segment, Latino USA dives into the legacy of “Dora the Explorer” then and now.