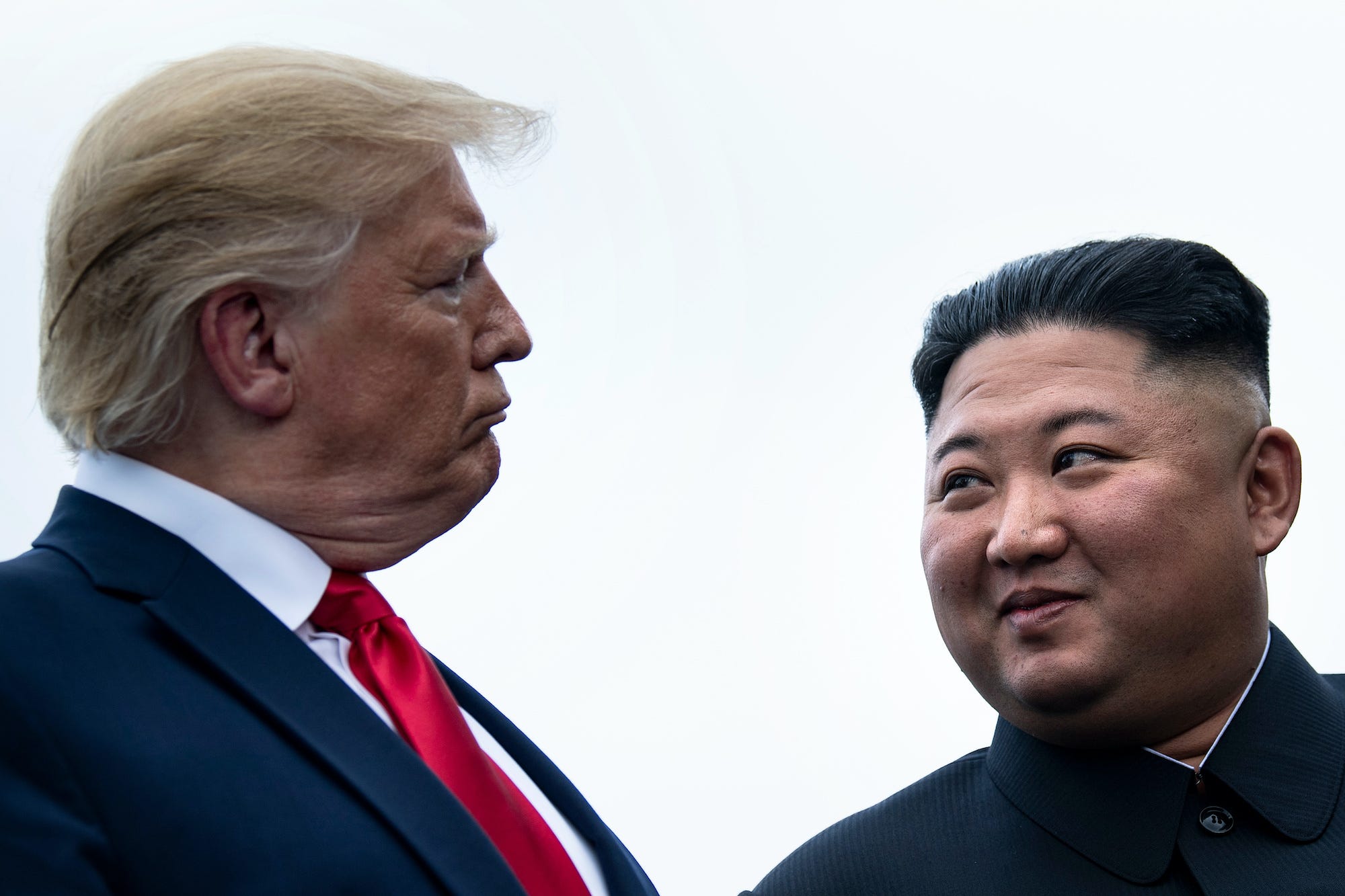 President Donald Trump and North Korea’s leader Kim Jong-un talk before a meeting in the Demilitarized Zone on June 30, 2019, in Panmunjom, Korea.

North Korean leader Kim Jong Un didn’t understand the “Little Rocket Man” nickname Donald Trump gave him, so the ex-president took it upon himself to explain it over lunch, says a new book.

Trump started by asking Kim over a meal at the Singapore summit on June 12, 2018, whether he knew who Elton John was, according to the book “Never Give an Inch: Fighting for the America I Love,” by former Secretary of State and CIA director Mike Pompeo that’s coming out Tuesday.

When Kim said no, Trump explained that the British singer’s 1972 hit song “Rocket Man” inspired him to give Kim the nickname in 2017.

“Trump said it was a great song, and he intended the reference as a compliment,” Pompeo wrote.

Trump first referred publicly to Kim as “Little Rocket Man” on Twitter in 2017 and repeated it at a UN General Assembly speech and throughout his presidency.

Kim had lobbed insults back in Trump’s direction, calling him “a frightened dog” and a “dotard.” Trump shot back with warnings during his presidency that continued threats against the US would be “met with fire and fury like the world has never seen” and that his “nuclear button” is “much bigger & more powerful” than that of the North Korean leader.

But the two men also displayed a public show of affection. Trump later gifted a cassette of the song to Kim and played it for him, he told an audience gathered in Sunrise, Florida, in 2021. Trump shared that he told Kim, “‘I called you Rocketman — that was great — because I could see you, I could envisage you, sitting like you sit on a horse, on a saddle, sitting on a rocket flying over Japan.'”

The South Korean newspaper Chosun Ilbo reported in 2018 that Pompeo brought a CD John signed to lunch with Kim after Trump told him to, though that detail doesn’t appear in Pompeo’s book.

Kim and Trump met for the first time at the Singapore summit to discuss denuclearization of the Korean Peninsula. Pompeo, who is among more than a dozen Republicans who are considering running for president in 2024, recounted the face-to-face in his forthcoming book.

“I watched from the meeting room and noticed immediately that my North Korean friend wore platform shoes that left him about a foot shorter than President Trump,” he wrote. “At somewhere around five feet five, Chairman Kim could not afford to give an inch — literally.”