(Reuters) – A look at the day ahead in Asian markets from Jamie McGeever. 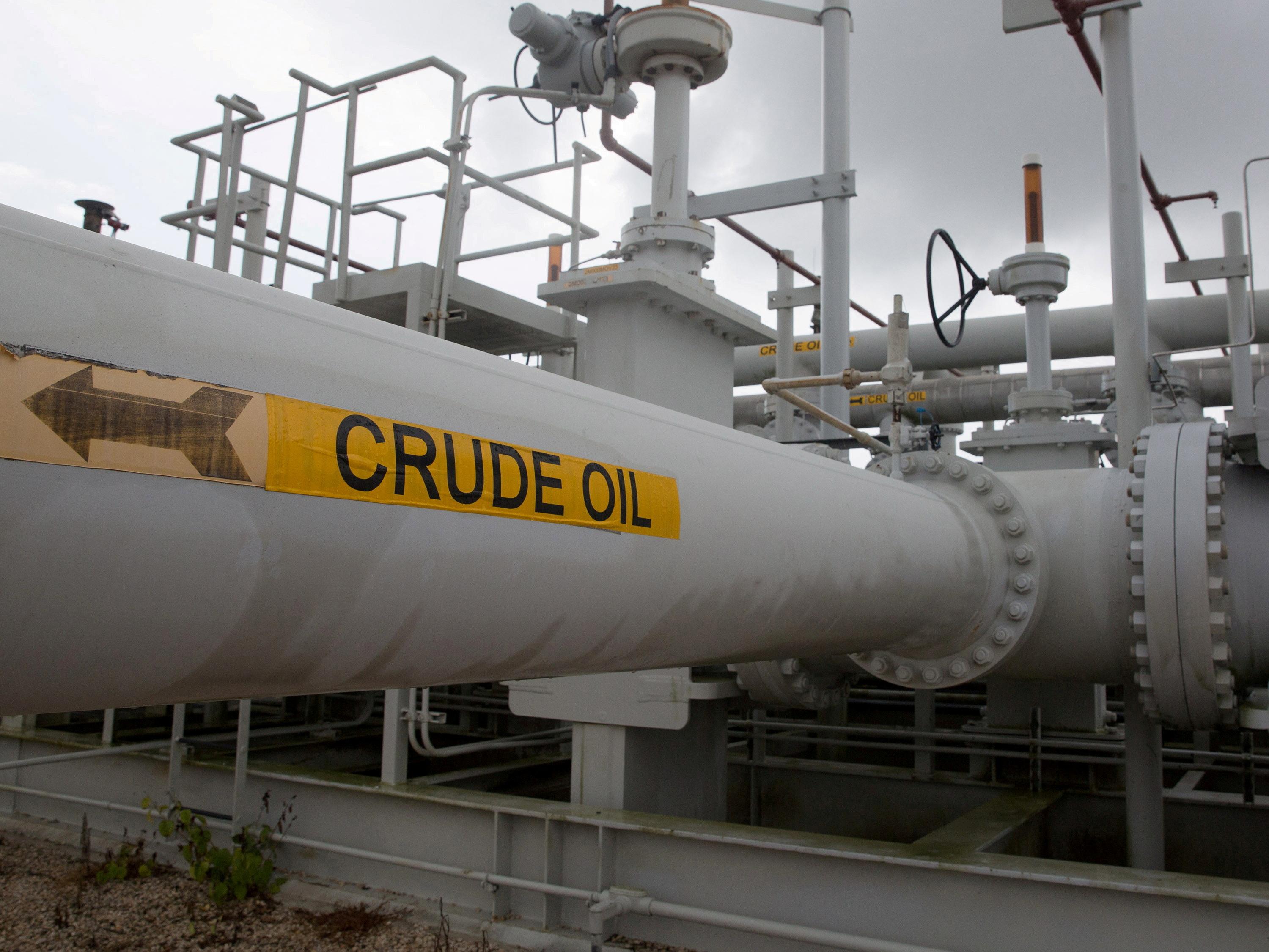 FILE PHOTO: A maze of crude oil pipes and valves is pictured during a tour by the Department of Energy at the Strategic Petroleum Reserve in Freeport, Texas, U.S. June 9, 2016. REUTERS/Richard Carson/File Photo

Crude’s current slump, however, is more of a mixed bag.

Oil slid to a 10-month low on Monday, accelerating a decline that has now reached around 15% in the last two weeks. The drivers of the drop – both short- and medium-term – are concerning.

The demand outlook in China is deteriorating as authorities there become mired in numerous battles against COVID-19 flare ups. Hopes Beijing will open up the economy soon seem fanciful, spelling trouble for a world already facing slowdown next year, even recession in many key economies.

Wall Street fell on Monday, with energy one of the worst performers. The S&P 500 energy sector index slid almost 3% to a four-week low before recovering. But after having surged around 60% this year – the only major S&P 500 sector to rise this year – there is plenty downside potential.

China’s pandemic plight is also fueling safe-haven demand for the dollar – which rose strongly on Monday – and a stronger dollar tends to weigh on commodity and energy prices.

The benefits of lower oil this time around may not be so clear-cut. All else equal, a stronger dollar tightens financial conditions, which may be what policymakers want in the fight against inflation, but growth and risk appetite will suffer.

The eventual good news is the impact on inflation. Brent crude futures are at a 10-month low, which has dragged the year-on-year price rise down as low as 7%. In March it was over 100%.

But right now, oil’s slide is being driven by weakening demand, growth fears and a strong dollar. None of that is encouraging for investors or risk assets in the near term.

Three key developments that could provide more direction to markets on Tuesday:

40 million people in the US are waking up under a rare November storm threat today – we’ll bring you the details. The Senate is set to vote on a bill to protect same-sex and interracial marriage today. The Supreme Court will hear a challenge to the Biden administration’s control over removing non-citizens from the US. The family of a 10 year old who was killed in the Uvalde school massacre has filed a lawsuit over the shooting. Plus, the US men’s soccer team takes on Iran today and, unsurprisingly, there’s some tension.