BANGKOK (Reuters) – At least 2,000 pro-democracy fighters have been killed in Myanmar battling a military junta that seized power last year, the head of a parallel civilian government said in an interview aired on Thursday, urging allies to provide military aid. 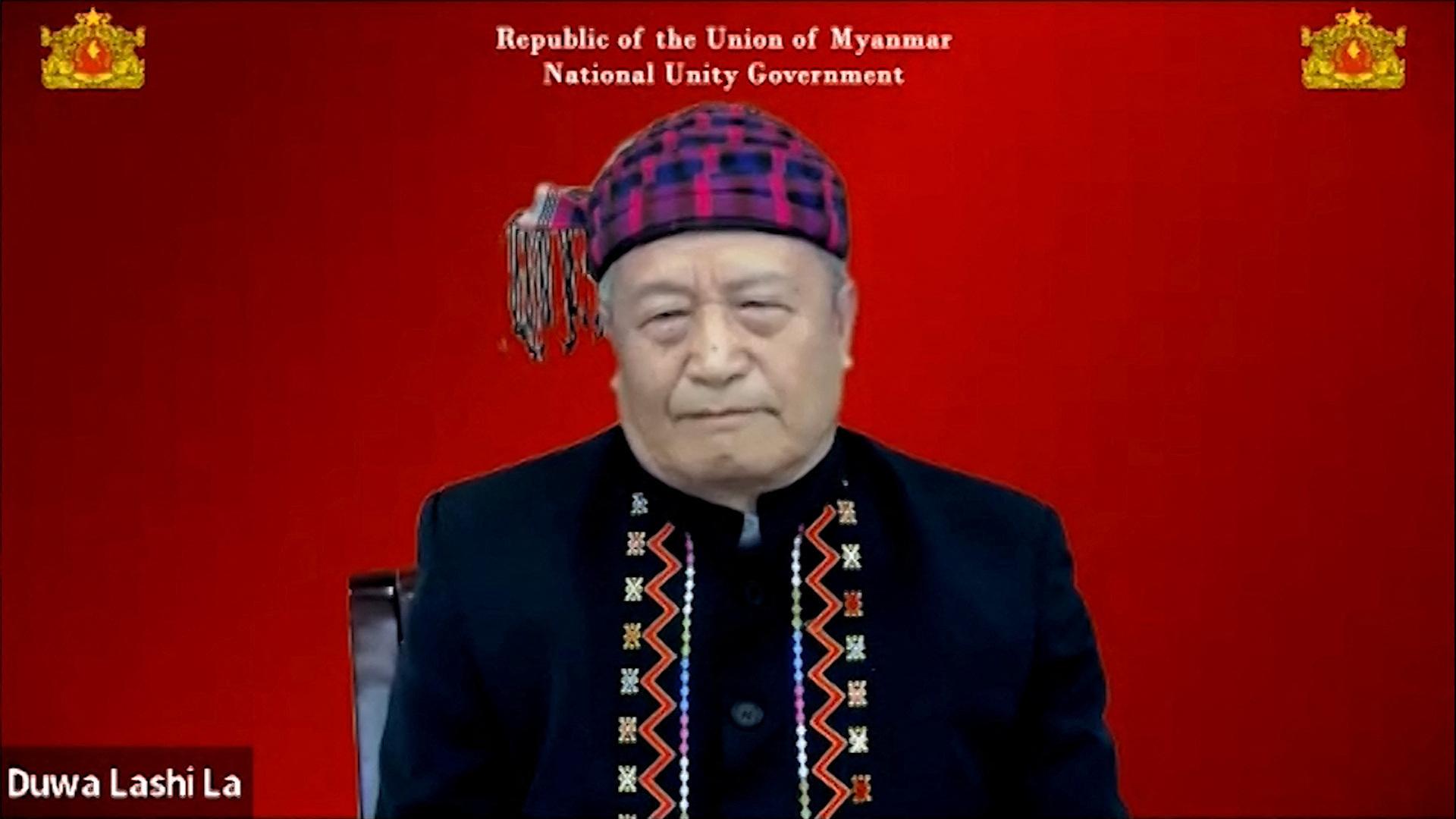 A video grab shows acting President of Myanmar’s National Unity Government, Duwa Lashi La, speaking during an interview as part of the Reuters Next conference, from an undisclosed location in Myanmar November 14, 2022. REUTERS

Duwa Lashi La, acting president of the National Unity Government (NUG), comprised of remnants of the administration of deposed leader Aung San Suu Kyi and others, was speaking to the Reuters NEXT conference from an undisclosed location in Myanmar.

“We regard (the deaths) as the price we must pay,” said Duwa Lashi La, a former teacher and lawyer in his seventies who fled his home in Kachin State in northern Myanmar with his family.

The military has branded him and his colleagues terrorists and banned citizens from communicating with them, but their parallel civilian government enjoys widespread support. Allied armed groups known as People’s Defense Forces have emerged across the country.

Duwa Lashi La has been pictured visiting troops, who include former students and professionals driven to the jungles by military crackdowns, clad in a flak jacket and helmet.

“I have no idea when I will give up my life,” he said. “It is up to God’s will. I am already committed to sacrificing anything for my country,” he said.

The Southeast Asian nation has been in turmoil since the military seized power in February last year, reversing a decade-long democratic experiment, and used deadly force to crush protests.

In addition to the 2,000 deaths in fighting, more than 2,500 civilians have been killed elsewhere, mostly in crackdowns on protests, according to the Assistance Association for Political Prisoners, a rights group that has been monitoring the unrest.

Pro-democracy fighters are out-gunned by an army equipped by Russia, China and India, which uses fighter jets to carry out deadly bombing raids. More than 1.3 million people have been internally displaced since the coup, according to the United Nations, which has said military attacks may constitute war crimes.

The junta did not respond to requests for comment by Reuters. It has said it does not target civilians with air strikes and its operations are responding to attacks by “terrorists”.

Duwa Lashi La said the opposition fighters had killed about 20,000 junta troops. It was not possible to independently confirm the numbers.

“If we had anti-aircraft weapons, safe to say that we could win in six months,” he said. “If only we received the same support that Ukraine receives from the US and EU, the sufferings of the people who are being slaughtered would cease at once.”

While Western nations have voiced support for the NUG and sanctioned military commanders and companies, they have stopped short of military aid for the opposition and say the regional Association of Southeast Asian Nations, which has a convention of non-interference in each other’s affairs, is best placed to solve the crisis.

Last month, Southeast Asian heads of government issued a “warning” to Myanmar to make measurable progress on a peace plan or risk being barred from the bloc’s meetings.

The military has refused to engage opponents or civil society groups.

Duwa Lashi La said the door was not closed to negotiation but the military had to stop killing civilians, vow to withdraw from politics and abolish the constitution that enshrines their power.

“Then … we would probably have dialogue,” he said.

To view the Reuters NEXT conference live on Dec. 1, please click here