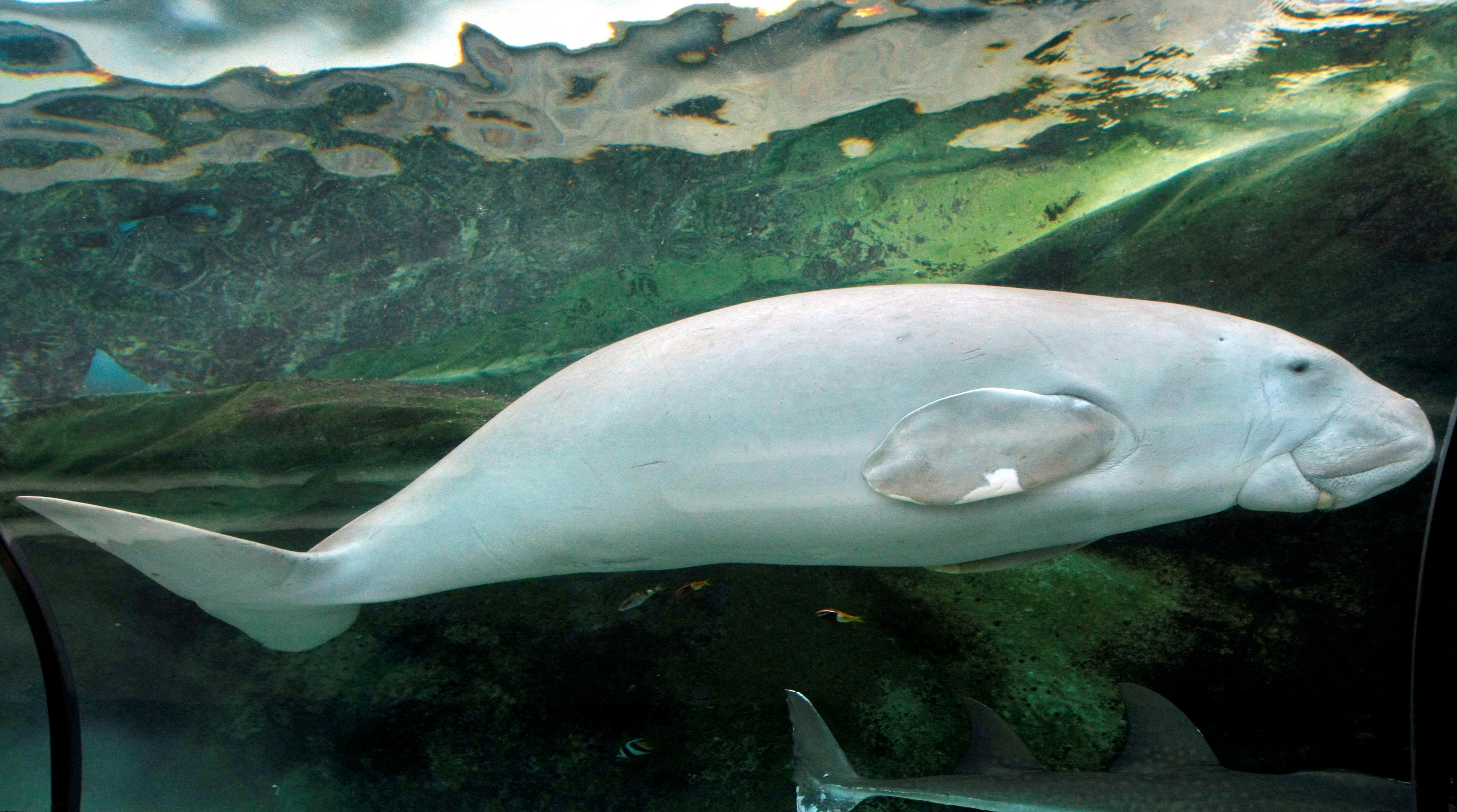 “Wuru,” a four-year-old female Dugong, swims in her tank at the Sydney Aquarium June 4, 2009. Dugongs graze on sea grass in tropical waters and are sometimes labelled “Sea cows” although their closest living relative is the elephant. REUTERS/Tim Wimborne

The effects of human activity from climate change to pollution are “devastating” marine life, with nearly a tenth of underwater plants and animals assessed so far threatened with extinction, the latest Red List of Threatened Species showed on Friday.

More than 1,550 of some 17,903 marine plants and animals assessed by the International Union for Conservation of Nature are at risk of extinction, according to the latest list which acts as a barometer of biodiversity and is published several times a year.

“It shows that we are having quite a devastating impact on marine species,” Craig Hilton-Taylor, head of the IUCN Red List, told Reuters.

“Underwater, you can’t really see what’s going on. And so by assessing the status of the species it gives us a real indicator of what is really happening there, and it’s not good news.”

Hilton-Taylor said the portion of marine species facing extinction was likely much higher than current data shows because those analysed so far have tended to be widespread fish species, not currently under threat.

Populations of the dugong, a plump, grey herbivorous mammal commonly known as the sea cow, have fallen to fewer than 250 adults in east Africa and fewer than 900 in the French territory of New Caledonia, the IUCN said.

Among the threats they face are the loss of their main food source, seagrass, due to oil and gas exploration and production in the case of Mozambique and pollution from nickel mining in the Pacific.

The latest list reviews abalone species, a type of mollusc sold as a luxury seafood item, for the first time and found that around 44% of them face extinction. Increasingly severe and frequent marine heat waves have caused mass mortalities, by stoking disease and killing their food sources, IUCN says.

The pillar coral, a Caribbean species resembling upright stalactites, slid down two categories from “vulnerable” to “critically endangered.” Its population has shrunk by over 80% across much of its range since 1990 amid bleaching and disease.

“The awful status of these species should shock us and engage us for urgent action,” said Amanda Vincent, chair of the IUCN Species Survival Commission Marine Conservation Committee.