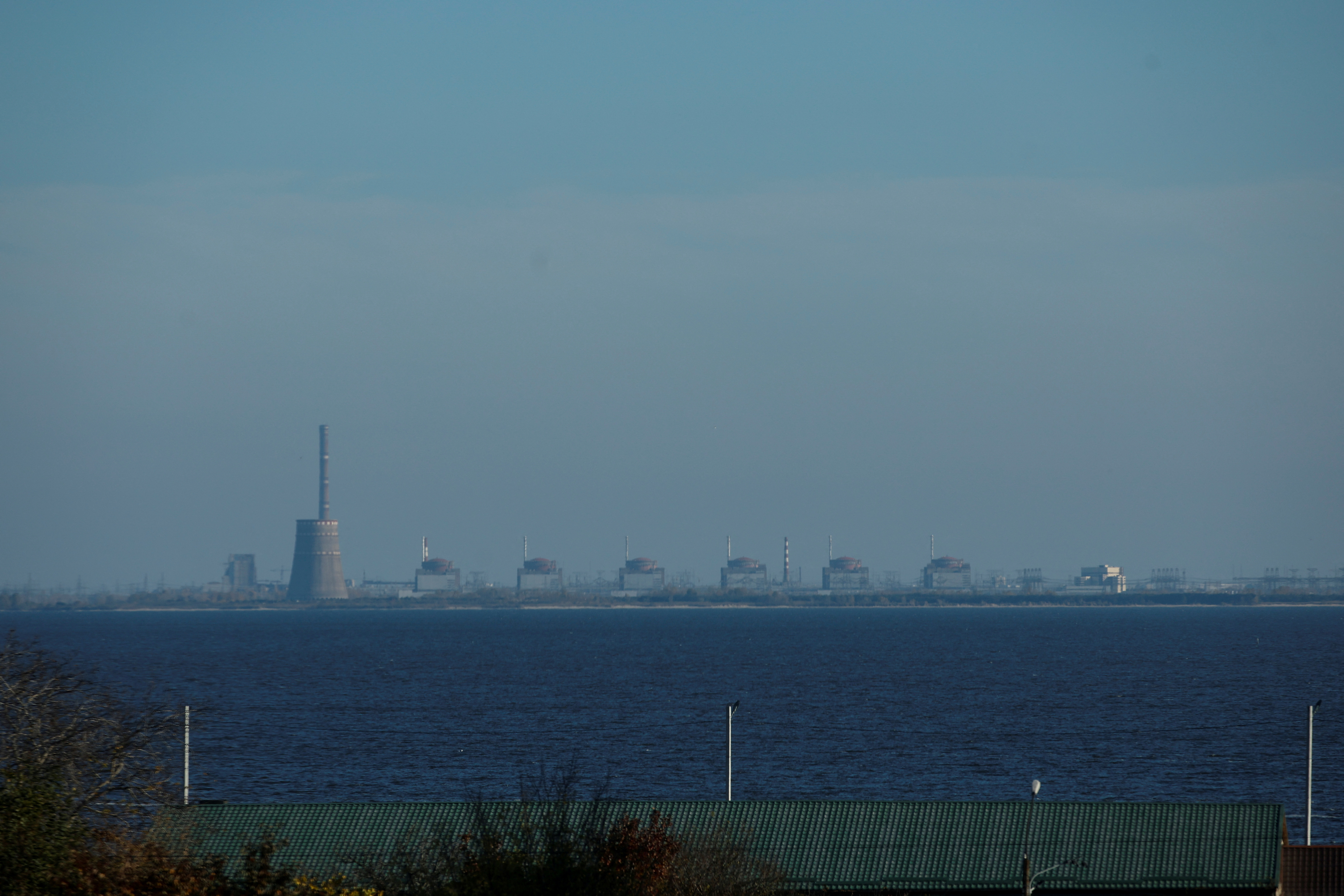 The head of the U.N. nuclear watchdog has warned that whoever fired artillery at Ukraine’s Zaporizhzhia nuclear power plant was “playing with fire” as his team prepared to inspect it on Monday for damage from the weekend strikes.

The attacks on Europe’s biggest nuclear power plant in the south of Ukraine came as battles raged in the east, where Russian forces pounded Ukrainian positions along the front line President Volodymyr Zelenskiy said.

The shelling of the Zaporizhzhia nuclear power station follows setbacks for Russian forces in the Kherson region in the south and a Russian response that has included a barrage of missile strikes across the country, many on power facilities.

“Whoever is behind this, it must stop immediately. As I have said many times before, you’re playing with fire!” Grossi said in a statement.

Russia and Ukraine blamed each other for the shelling of the facility, as they have done repeatedly in recent months after attacks on it or near it.

Citing information provided by plant management, an IAEA team on the ground said there had been damage to some buildings, systems and equipment, but none of them critical for nuclear safety and security.

The team plans to conduct an assessment on Monday, Grossi said, but Russian nuclear power operator Rosenergoatom said there would be curbs on what the team could inspect.

“If they want to inspect a facility that has nothing to do with nuclear safety, access will be denied,” Renat Karchaa, an adviser to Rosenergoatom’s CEO, told the Tass news agency.

Repeated shelling of the plant has raised concern about a grave accident just 500 km (300 miles) from the site of the world’s worst nuclear accident, the 1986 Chornobyl disaster.

The Zaporizhzhia plant provided about a fifth of Ukraine’s electricity before Russia’s invasion, and has been forced to operate on back-up generators a number of times. It has six Soviet-designed VVER-1000 V-320 water-cooled and water-moderated reactors containing Uranium 235.

The reactors are shut down but there is a risk that nuclear fuel could overheat if the power driving the cooling systems is cut. Shelling has repeatedly cut power lines.

In eastern Ukraine, Russian forces battered Ukrainian front-line positions with artillery fire, with the heaviest attacks in the Donetsk region, Zelenskiy said in a video address.

Russia withdrew its forces from the southern city of Kherson this month and moved some of them to reinforce positions in the eastern Donetsk and Luhansk regions, an industrial area known as the Donbas.

“The fiercest battles, as before, are in the Donetsk region. Although there were fewer attacks today due to worsening weather, the amount of Russian shelling unfortunately remains extremely high,” Zelenskiy said.

“In the Luhansk region, we are slowly moving forward while fighting. As of now, there have been almost 400 artillery attacks in the east since the start of the day,” he said.

Zelenskiy also said troops in the south were “consistently and very calculatedly destroying the potential of the occupiers” but gave no details.

Ukraine said on Saturday that about 60 Russian soldiers had been killed in a long-range artillery attack in the south, the second time in four days that Ukraine has claimed to have inflicted major casualties in a single incident.

Russia’s defence ministry said on Sunday that up to 50 Ukrainian servicemen were killed the previous day along the southern Donetsk front line and 50 elsewhere.

Reuters was not able to immediately verify any battlefield reports.

Russia calls its invasion of Ukraine a “special operation” to demilitarize and “denazify” its neighbour, though Kyiv and its allies say the invasion is an unprovoked war of aggression.

Oleh Zhdanov, a military analyst in Kyiv, said that according to his information, Russian offensives were taking place on the Bakhmut and Avdiivka front line in the Donetsk region, among others.

“The enemy is trying to break through our defences, to no avail,” Zhdanov said in a social media video. “We fight back – they suffer huge losses.”