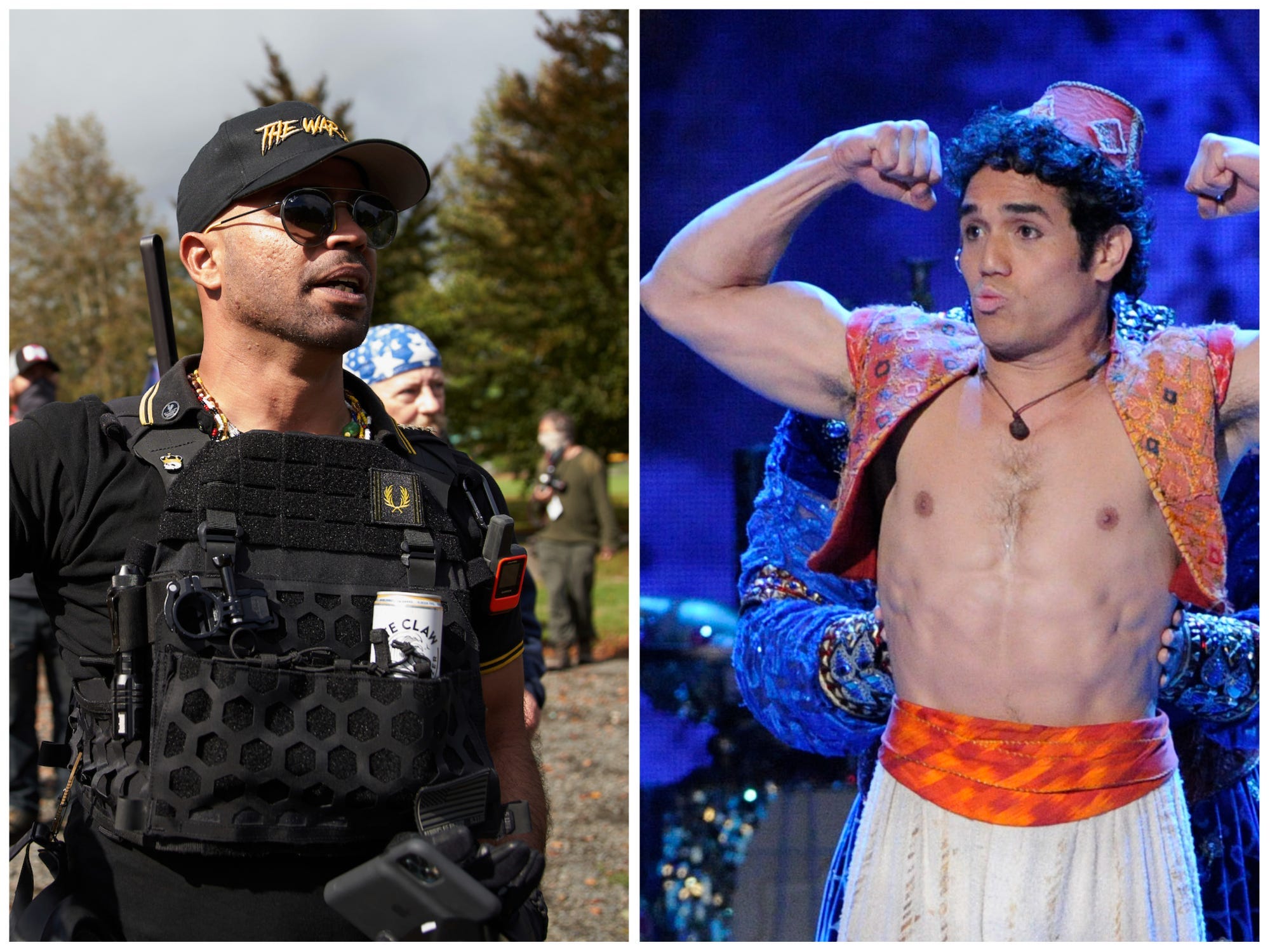 Proud Boys members sing a Broadway-inspired “anthem” during their private meetings, according to a newly-revealed document from the extremist group’s ongoing sedition trial in Washington, DC.

The anthem is ‘Proud of Your Boy,” an emotional ode to winning mom’s approval from the hit musical, “Aladdin.”

“I’ve wasted time / I’ve wasted me / So say I’m slow for my age / A late bloomer, Okay, I agree,” Aladdin tells his mother in the song. “There’s no good reason that you should believe me / Not yet, I know, but / Someday and soon / I’ll make you proud of your boy.”

Singing the weepy ballad is not mandatory at meetings, but it’s strongly recommended, according to the new document, an 11-page meetings rulebook that a defense lawyer made public Monday in a court filing that seeks to bar federal prosecutors from showing it to the jury.

Five of the Proud Boys’ leaders are on trial in US District Court in Washington, DC, charged with sedition for their alleged roles in leading the violent attack on the Capitol on January 6, 2021.

“It is healthy to sing our anthem at least once a night, but this isn’t always possible,” the rulebook advises, without clarifying if the song is to be sung sincerely or mockingly.

“Ideally, we seek out venues that have a jukebox with this song available.”

The group often uses the initials “POYB” — for the slogan “Proud of Your Boy”— as a sign-off in social media postings.

Proud Boys founder Gavin McInnes has said for years that the group’s name was inspired by having to suffer through a rendition of “Proud of Your Boy” sung by a boy at his daughter’s school music recital.

“Do the ‘Proud Boys’ know their anthem was written by a gay Jew?” the Forward, a Jewish weekly, asked in a 2020 headline.  The story notes that McInnes hated the song, which he believed shows an emasculated Aladdin “apologizing for being a boy.”

The Southern Poverty Law Center, which calls the Proud Boys a violent, right-wing hate group, has also noted that the song “Proud of Your Boy” inspired the group’s name.

The rulebook made public Monday reveals that the song is indeed the group’s anthem, and that singing it together is a part of group meetings, along with drinking toasts made “to guns,” “to housewives,” and “to the greatest civilization on earth and the men who built it.”

The rulebook provides the anthem’s lyrics, which include the promise, “I’ll make you proud of your boy / Believe me, bad as I’ve been, Ma / You’re in for a pleasant surprise.”

The song’s composer, Alan Menken, and lyricist, Howard Ashman, did not immediately respond to Insider’s requests for comment.