Grant Wahl was entering the World Cup stadium in Qatar on Monday night when he was suddenly stopped by security guards. Pointing to the rainbow shirt he was wearing to support the LGBTQ community, a guard told him to remove it because it was “political.”

When Wahl, an independent journalist from the U.S. who covers soccer, refused, another guard allegedly said: “You can make this easy. Take off your shirt,” according to a description of the incident posted on Wahl’s newsletter.

The incident contradicts promises to fans and participants that the World Cup would be inclusive of the LGBTQ community made by FIFA and the Supreme Committee, the joint organizers of the event. Gianni Infantino, the president of FIFA, told reporters on Saturday that “everybody is welcome” after he had spoken with “the highest leadership of the country—several times, not just once” about the issue.

Free to read: What happened when Qatar World Cup security detained me for 25 minutes for wearing a t-shirt supporting LGBTQ rights, forcibly took my phone and angrily demanded that I remove my t-shirt to enter the stadium. (I refused.) Story: https://t.co/JKpXXETDkH pic.twitter.com/HEjr0xzxU5

Ahead of the games, a FIFA representative had told ITV News that fans could express their identity however they wished and that “they won’t get into trouble for public displays of affection,” while also advising travelers to respect the local culture of the host nation. FIFA’s regulations on equipment state that no items of clothing or equipment can be worn if they are considered “dangerous, offensive or indecent” or include “political, religious or personal slogans.”

Read More: This Is the Reality of Life for LGBTQ+ People in Qatar

But the incident with Wahl marked another instance of LGBTQ rights becoming a flashpoint of the 2022 World Cup. Tensions continue to flare in Qatar–where homosexuality is criminalized and punishable by jail time–over attempts to ban the universal symbol for LGBTQ rights, and several people wearing rainbow-adorned clothing have been stopped from entering stadiums.

They include a former soccer player from Wales, Laura McAllister, who told ITV that she was barred from entering a match as a fan because she was wearing a rainbow bucket hat. And Justin Martin, an associate professor at the Doha Institute for Graduate Studies, said he was verbally harassed by Arabic-speaking fans for carrying a rainbow-not much larger than his hand on the metro.

In another instance, Los Angeles Times reporter Kevin Baxter tweeted that a rainbow mask was not allowed at the Qatari training site for the U.S. men’s national team ahead of a training session. Instead, he was offered a standard blue mask which he refused to wear, opting to go in maskless instead. After he tweeted about the incident, a Supreme Committee representative called him to ask about his safety and assure him that they would look into the incident, he said.

I was asked to take this face mask off by security at the @USMNT training session and press conference today and offered a plain blue mask instead. I refused. (US Soccer had nothing to do with this. It was local Qatari security was made the demand) pic.twitter.com/qXxARdxi9B

The Dutch soccer team conceived a campaign called OneLove, symbolized by a rainbow armband to promote inclusion. 10 European teams had originally signed up for it in September, but by the time Monday’s matches were kicking off, the captains of seven European teams had scrapped plans to wear the armbands after FIFA threatened them with “sporting sanctions.”

“We were prepared to pay fines that would normally apply to breaches of kit regulations and had a strong commitment to wearing the armband. However, we cannot put our players in the situation where they might be booked or even forced to leave the field of play,” the soccer associations said in a joint statement.

FIFA also demanded Belgium remove the word “love” from the collar of their jerseys two days before they play Canada in Group F, according to reports from ESPN. “It’s sad,” Peter Bossaert, the CEO of the Belgian Football Association, told reporters on Monday, “But FIFA leaves us no choice.” 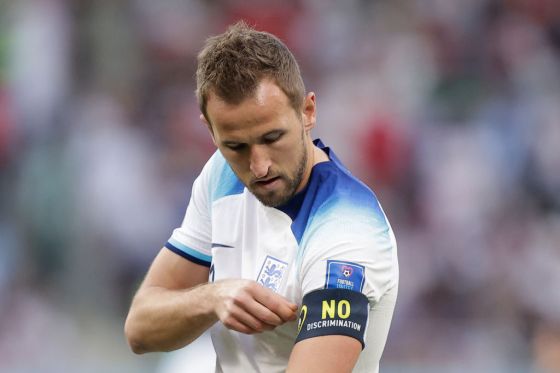 In a separate statement Monday, FIFA said it had brought forward its own “No Discrimination” campaign, allowing all 32 national captains to wear the armband throughout the entire tournament. “FIFA is an inclusive organization that wants to put football to the benefit of society by supporting good and legitimate causes, but it has to be done within the framework of the competition regulations which are known to everyone,” the statement said.

In Qatar, tolerance towards LGBTQ symbols remains low. In the past year, authorities have censored a same-sex kiss in the children’s movie Lightyear and seized rainbow-colored children’s toys that “go against Islamic values.” Human Rights Watch detailed the experiences of six individuals who were harassed, detained, and beaten by a Qatari security group as recently as September, though the government has disputed some of its accusations. Some expatriate communities from European countries, the U.S., and Australia have reported same-sex couples discreetly dating and living together.

Enforcement can also vary. Qatari law calls for a prison sentence of up to seven years for committing “sodomy” or “inducing or seducing a male or a female in any way to commit illegal or immoral actions,” according to a recent U.S. State Department report.

On Tuesday, U.S. Secretary of State Antony Blinken criticized FIFA’s decision to impose “sporting sanctions” on players wearing rainbow armbands. “It’s always concerning from my perspective when we see any restrictions on freedom of expression; it’s especially so when the expression is for diversity and for inclusion,” Blinken said at a news conference in Doha alongside Qatar’s foreign minister.

While Wahl, the American soccer journalist, was eventually allowed into the stadium and given an apology by a FIFA official, he said the incident was an “unnecessary ordeal” on Twitter. Posting a rainbow emoji, he tweeted: “Go gays.”

Home » Audio Sources - Full Text Articles » At the World Cup, Wearing a Rainbow Flag Could Get You in Trouble
a 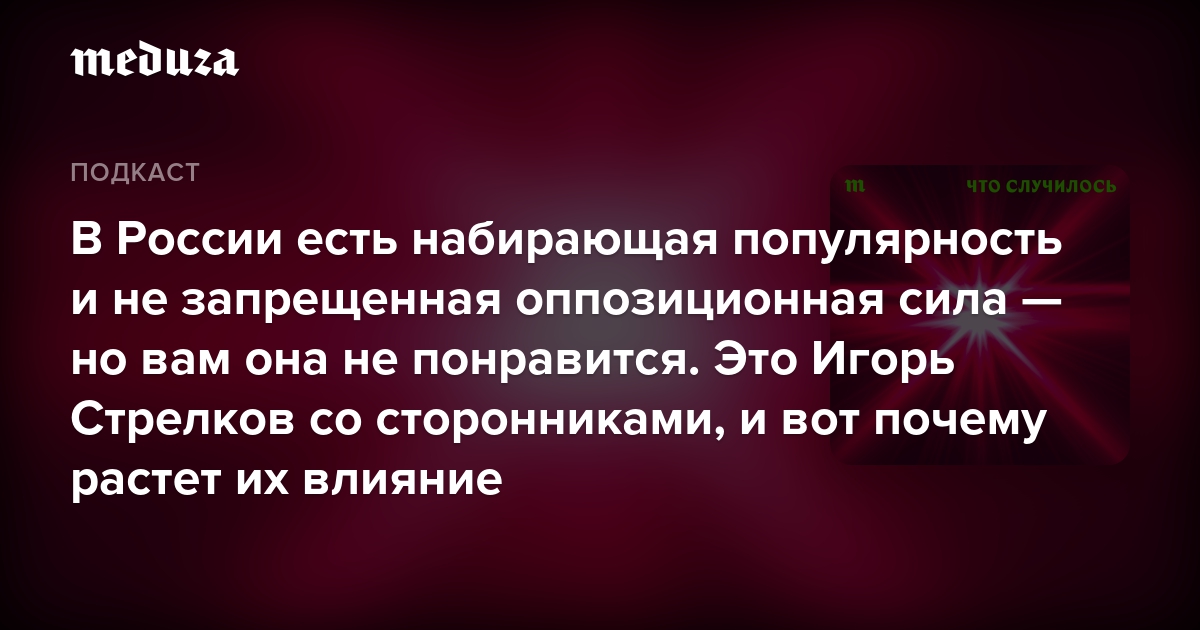