Salman Rushdie’s last novel, 2019’s Booker Prize–short-listed Quichotte, blended elements of Don Quixote with a contemporary narrative to tell a modern parable about “junk culture” and the opioid crisis in America. His new, much different novel, Victory City, to be released Feb. 7, as he recovers from an attack before a lecture last August, abandons the modern age and idiom entirely, starting the clock in 14th-century India, where a young girl, possessed and empowered by a god, will found a city and shepherd it into an empire.

After a minor conflict between two kingdoms in Hindustan (“nothing particularly special about the battle without a name”), the women of the vanquished kingdom follow their husbands into death by marching into a bonfire. A 9-year-old girl named Pampa Kampana watches, and for the rest of her life “would carry the scent of her mother’s burning flesh in her nostrils.” 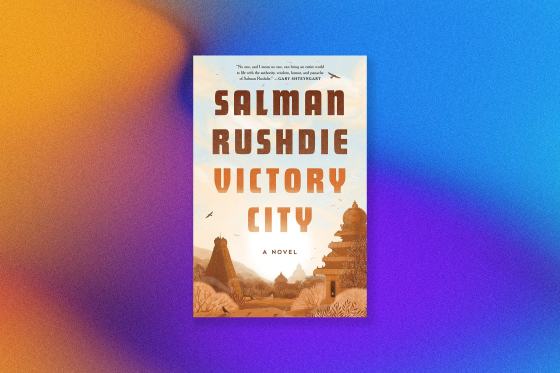 Into the void of Pampa’s grief steps the goddess Parvati, who, speaking through Pampa’s own mouth, tells her that “in this exact place a great city will rise, the wonder of the world, and its empire will last for more than two centuries. And you … will see it all and tell its story.” The goddess adds that in this new empire, women are no longer to be treated like chattel. As a king will tell her later, Pampa’s ideas are “a little ahead of your time.”

Read More: Salman Rushdie Has Lived Under the Threat of Violence For Decades

After nine years spent in a cave with a lecherous monk, Pampa instructs two passing shepherds to scatter some seeds at the site of her mother’s pyre. These seeds sprout into the palaces, temples, and hovels of a sprawling city that will be named Bisnaga; people emerge, “born full-grown from the brown earth, shaking the dirt off their garments, and thronging the streets in the evening breeze.” The shepherds, Hukka and Bukka, correctly reckon they will become the first kings of this new empire, and Hukka has the idea to tell the freshly sprouted citizens that he and his brother are gods, descended from their father, the moon. “No,” replies Bukka, “we’ll never get away with that.”

What happens from here is less of a plot and more a progression of history, all witnessed and influenced by Pampa, who carries the curse of long life (about 250 years). She is Bisnaga’s first and second queen, then twice exiled and returned. Palace intrigues roil as the borders of the empire expand and contract under subsequent monarchs: some conquerors, others managers, and some religious zealots. Royal succession is complicated by Pampa’s children. An underground resistance movement called the Remonstrance sows dissension. Through it all, Pampa, like Athena to Athens, makes her best attempts at divine intercession.

Rushdie’s relentless creative energy pairs well with his understanding of how history “works,” and (excepting the occasional magic spell or gift of flight) this book can read almost more like a work of history than a fairy tale. So call it a feat of fidelity that later sections grow confusingly byzantine and the history lesson drags at points.

What Rushdie re-creates convincingly is the way that the divine is a necessary component in the creation myths of great cities and societies. The urge to understand ourselves in sacred terms developed not from the invention of history, but alongside it. It’s as if Rushdie has dropped a molecule of divinity into a petri dish containing the other basic stuff of life, and watched a civilization cultivate.

Mancusi is the author of the novel A Philosophy of Ruin. 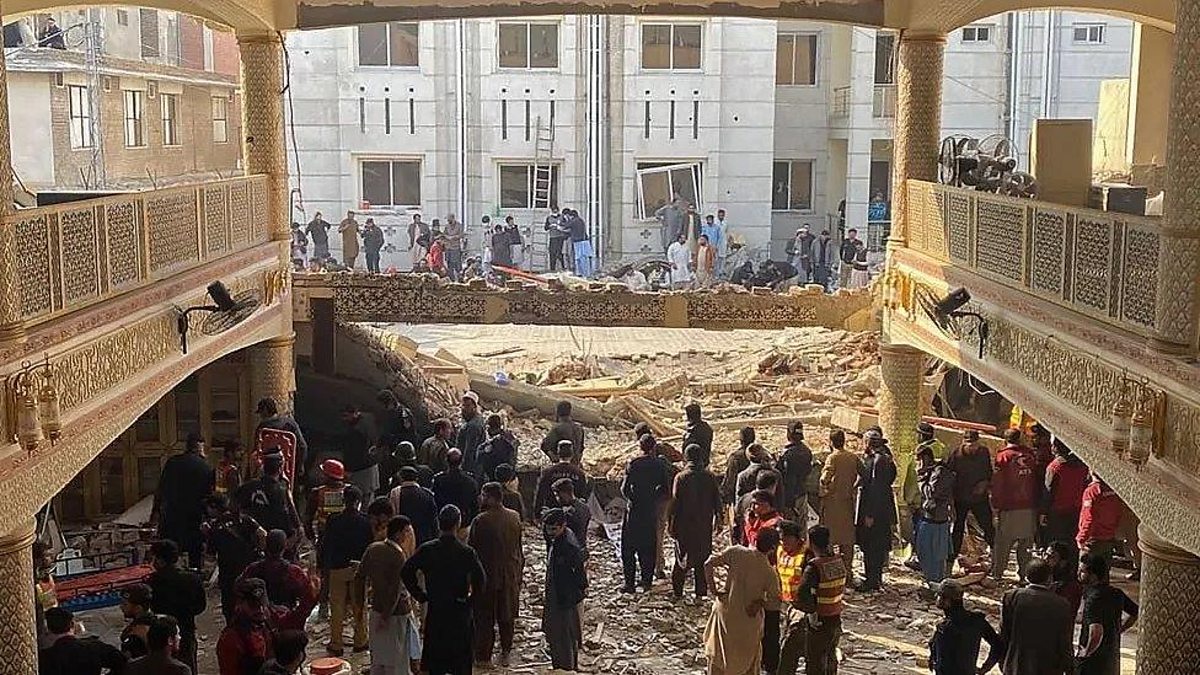 Pakistan’s prime minister has travelled to Peshawar where nearly 60 people have been killed in a suicide bombing at a mosque. Officials say the attack was aimed at police officers praying there.

The US Secretary of State has warned Israel that its long-term security will be at risk if it abandons efforts to resolve the conflict with the Palestinians.

And how the king’s bed spent decades in a family home, before its identity was uncovered.

(Photo: The mosque is within the tightly-guarded police headquarters area. Credit: Getty Images)