South Korea failed to reach agreement with a striking truckers’ union in the first session of talks on Monday, the fifth day of a nationwide walkout, the union said, as supply chain glitches worsen and concrete runs out at building sites.

The government, which estimates daily losses at about 300 billion won ($224 million) as supplies of cement and fuel for gas stations run short, raised its warning of cargo transport disruption to the highest level.

The lack of a resolution for the second major strike in less than six months by thousands of truckers demanding better pay and working conditions makes it more likely that the government will legally compel the strikers to return to work.

“The transport ministry’s position today was that ‘There is nothing the ministry can answer,'” the Cargo Truckers Solidarity Union (CTSU) said in a statement, adding that the next round of talks had been set for Wednesday.

The union said it had asked the government to withdraw steps toward issuing an “undemocratic and anti-constitutional” ‘work start order'”, adding that it would take a forward-looking stance on each request to reach an agreement.

The law allows use of such an order to tackle a serious transport disruption, and failure to comply can lead to punishments such as cancellation of trucker licences and three years in jail, or a fine of up to 30 million won ($22,550).

The strike is disrupting industrial activity at a time when Asia’s fourth-largest economy, which is dependent on exports, expect a slump in growth, with the central bank having downgraded its 2023 forecast to 1.7% from 2.1%.

“We need to establish a rule of law between labour and management,” President Yoon Suk-yeol Yoon said on Monday, according to his office.

Yoon, who has criticised the strike as taking the nation’s logistics “hostage” in the face of an economic crisis, will hold a cabinet meeting on Tuesday to consider a ‘work start order’ for truckers to return to their jobs, his office said.

Once the cabinet decides on the order, it will be executed without delay, Transport Minister Won Hee-ryong said.

The truckers’ union has criticised the government for being unwilling to expand a minimum pay system beyond a further three years, instead of meeting union demands to make it permanent and widen its scope.

Some gas stations could run out of gasoline and kerosene as early as this week, especially in large cities, despite supplies secured ahead of the strike.

Since last week, work has halted at more than 250 building sites due to scarce concrete supplies, with most sites expected to run out by Tuesday, the transport ministry said.

The cement industry estimated an accumulated output loss of about 46.4 billion won ($35 million) by Saturday, with shipments down to 9% of usual levels, the Korea Cement Association said.

“Non-union bulk cement truck owners, who are implicitly sympathetic to, or in fear of, the cargo union’s illegal activities, are giving up cement transport,” the lobby group said in a statement. 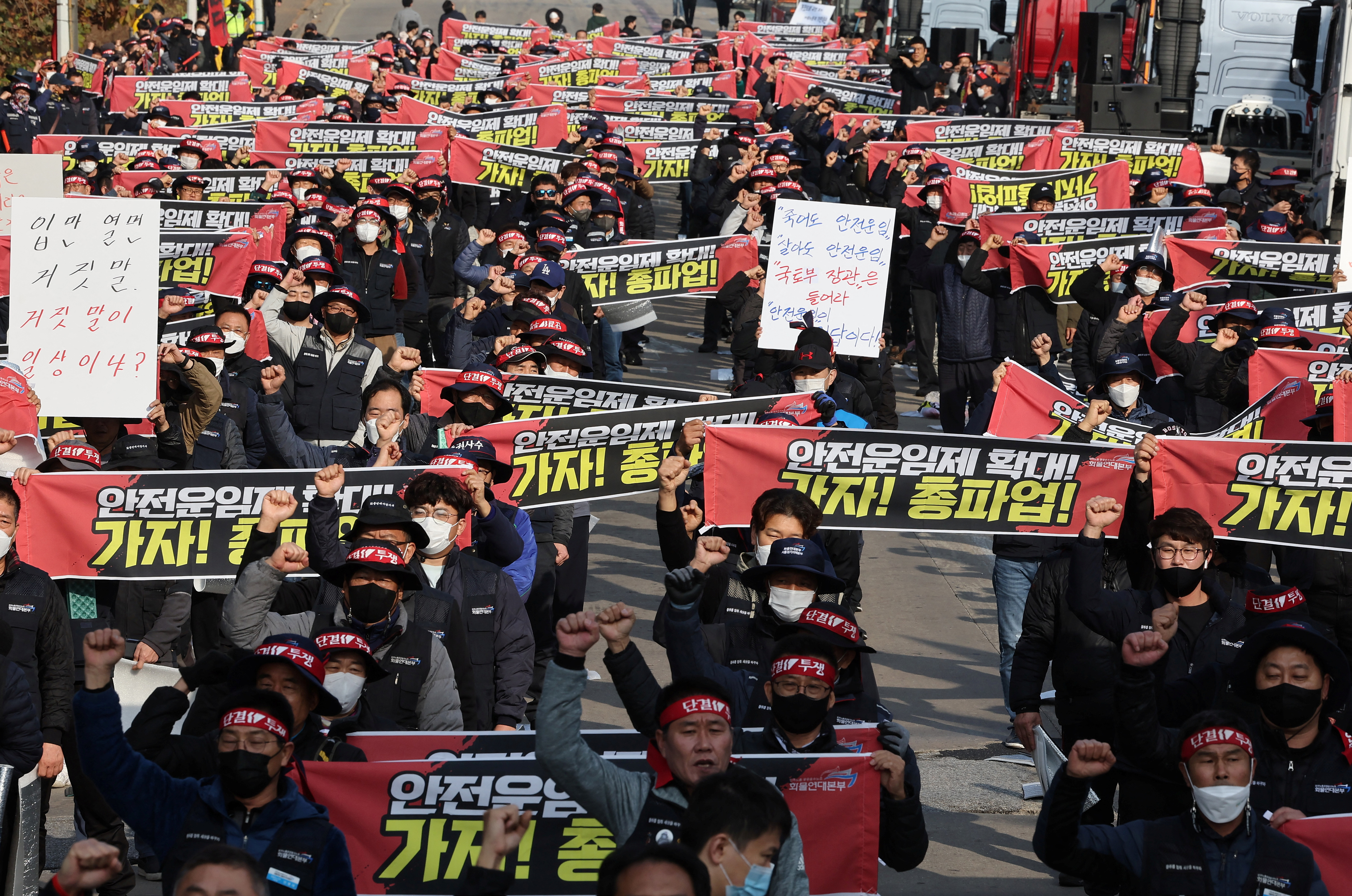 Unionized truckers shout slogans during their rally as they kick off their strike in front of transport hub in Uiwang, south of Seoul, South Korea November 24, 2022. Yonhap/via REUTERS 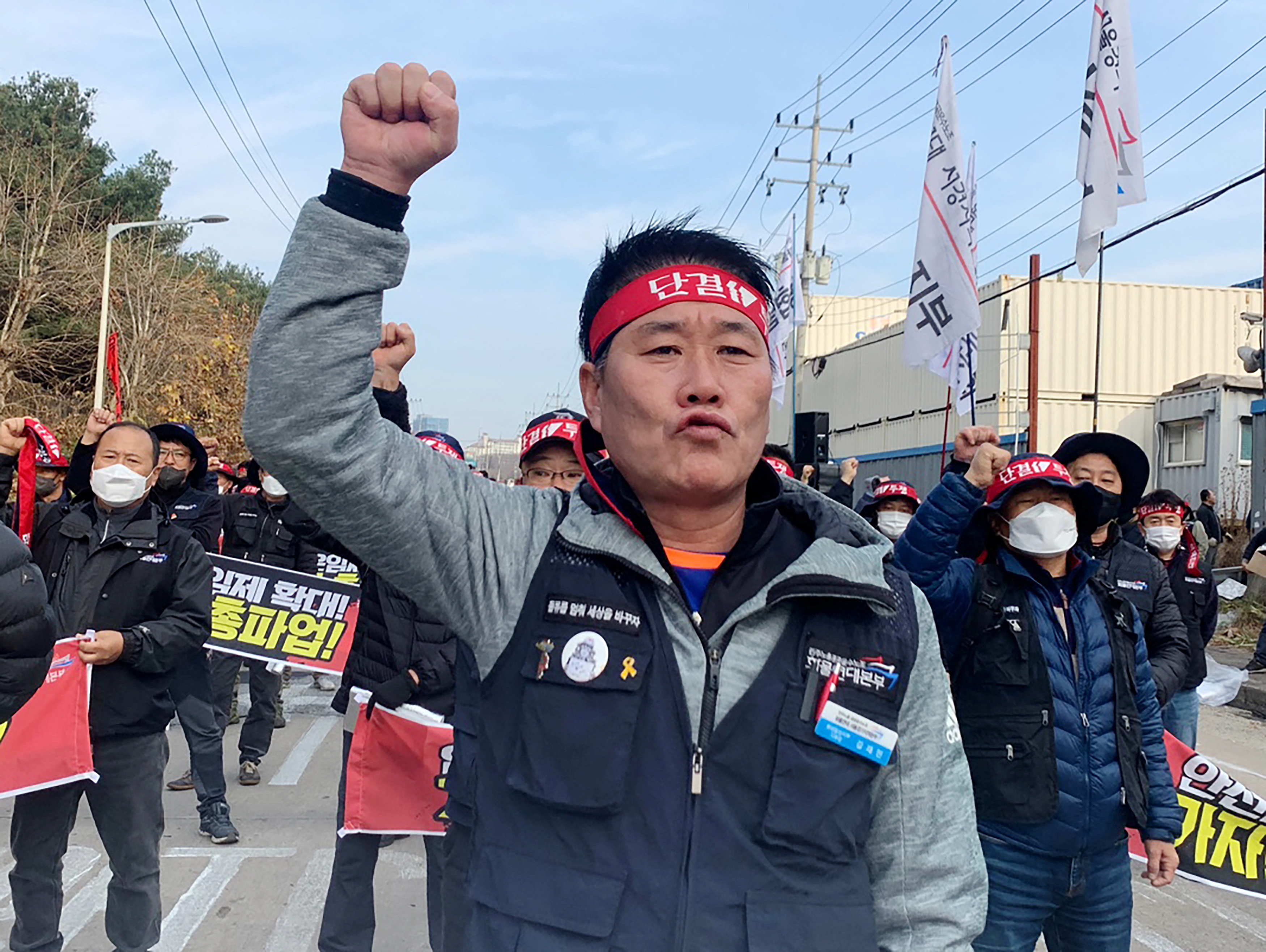 Unionized truckers shout slogans during their rally as they kick off their strike in front of transport hub Uiwang, south of Seoul, South Korea November 24, 2022. REUTERS/Ju-min Park 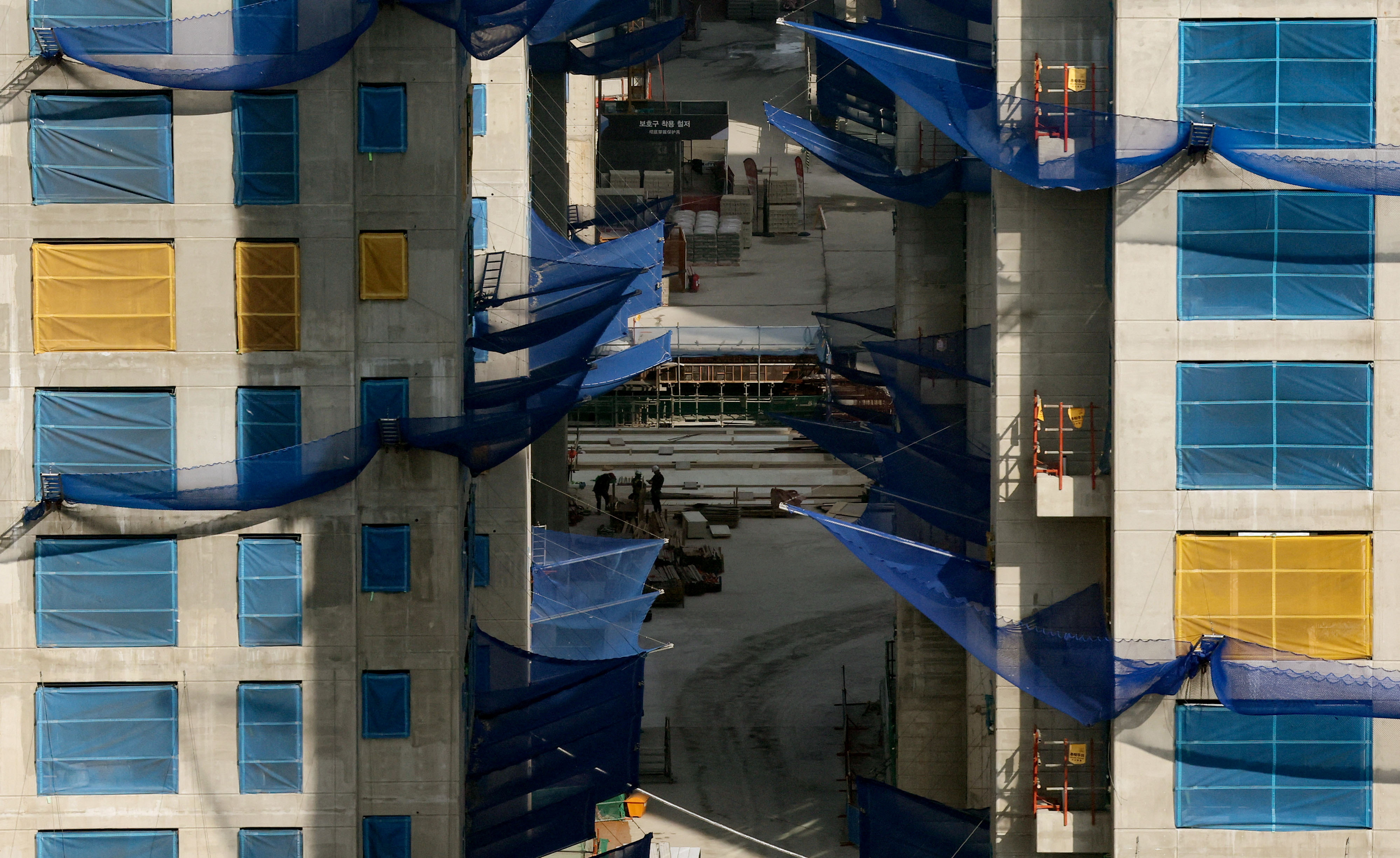 A view of a construction site where concrete pouring work is suspended due to a nationwide strike by truckers in Seoul, South Korea November 25, 2022. Yonhap via REUTERS 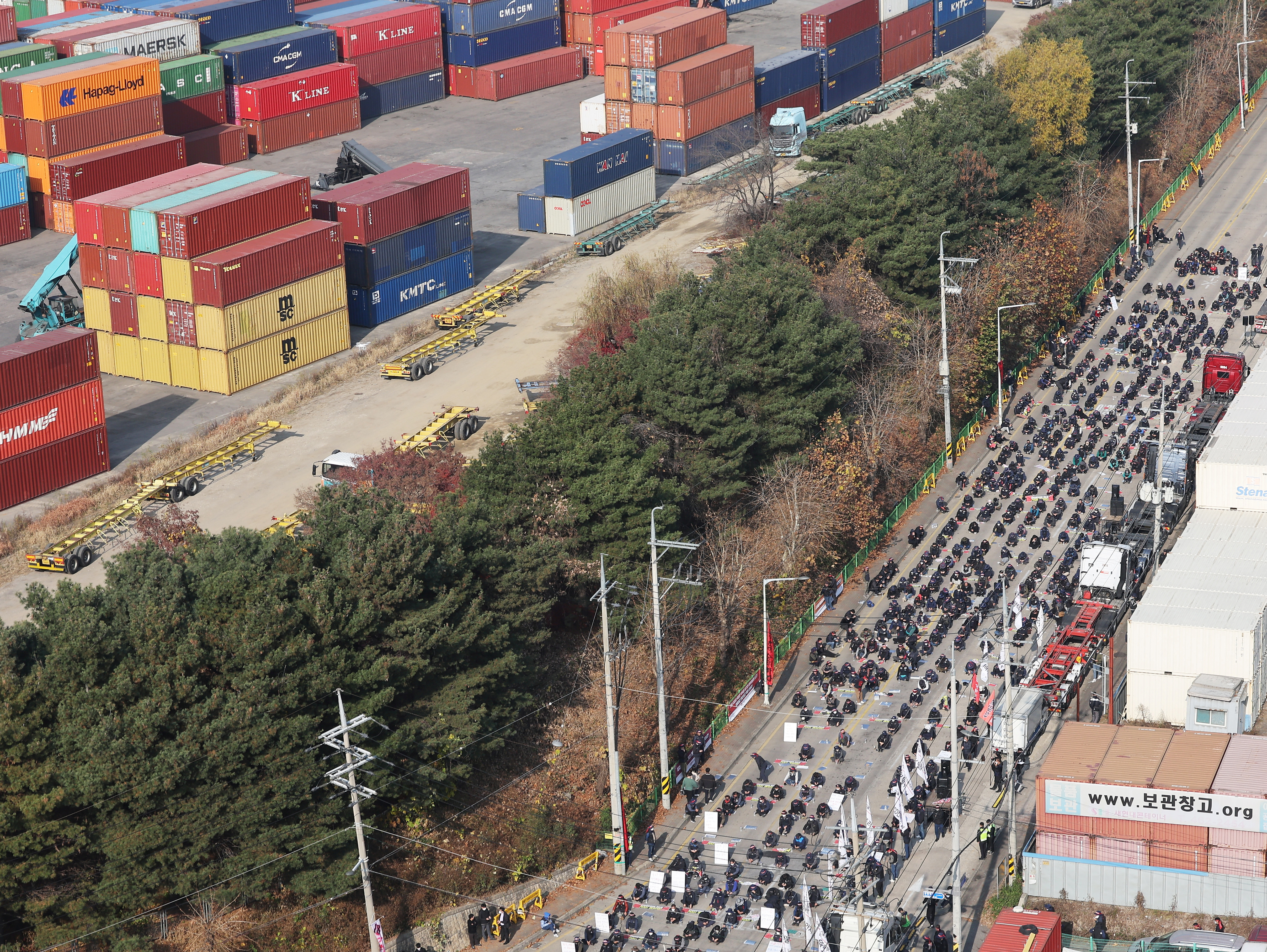 Unionized truckers shout slogans during their rally as they kick off their strike in front of transport hub in Uiwang, south of Seoul, South Korea November 24, 2022. Yonhap/via REUTERS
获取更多RSS：
https://feedx.net
https://feedx.fun