Global equity markets edged higher on Monday as hopes of a less aggressive Federal Reserve buoyed investor sentiment, while the euro hit a nine-month peak against the dollar on the rising likelihood of more jumbo interest rate hikes in Europe.

The start of another big week for U.S. corporate earnings is expected to test a recent bounce in beaten-down technology and growth stocks as speculation grows that the Fed on Feb. 1 will only raise its key rate by 25 basis points.

European shares (.STOXX) edged up 0.41% as declining natural gas prices have eased recession fears in the euro zone, despite expectations the European Central Bank will hike rates by 50 basis points on Feb. 2 and in March, a Reuters poll shows.

“The combination of a risk-off mood in the stock market and the divergence between the Fed and ECB allowed the euro to make new highs above 109,” said Marc Chandler, chief market strategist at Bannockburn Global Forex in New York.

Gains in chipmakers boosted the technology sector, which has been hit by recession concerns amid high interest rates, leading Microsoft Corp (MSFT.O), Amazon.com Inc (AMZN.O) and Alphabet Inc (GOOGL.O) to lay off thousands of employees.

Investors are anxious to hear from corporate executives about their economic outlook in a week in which Microsoft posts results on Tuesday, Tesla Inc (TSLA.O) and IBM (IBM.N) on Wednesday and Intel (INTC.O) on Thursday.

Analysts expect year-over-year fourth-quarter earnings from S&P 500 companies to decline 2.9%, according to IBES Refinitiv data, compared with a 1.6% decline at the beginning of the year.

Trading was thin in Asia, as markets in China, Hong Kong, Singapore, Malaysia, South Korea and Taiwan were closed for the Lunar New Year holiday.

Money markets are pricing in a 97.8% chance that the Fed will raise rates by 25 basis points next month, and have lowered the likely peak rate to 4.906% in June, below Fed projections of its target rate staying above 5% into next year. .

“The market’s still quite buoyant at the moment,” said Peter Chatwell, head of global macro strategies trading at Mizuho, who said markets were being driven by the idea that U.S. inflation has peaked.

Investors are waiting for euro zone and U.S. flash PMI data on Tuesday, which are expected to show less severe economic contractions than the previous month, according to analysts polled by Reuters. The data is forecast to show more improvement in Europe than in the United States.

Treasury yields crept up to further erode a recent bond rally that some investors say was overdone in reflecting fears that the U.S. economy may soon enter a recession.

Euro zone bonds were little changed, with the benchmark 10-year German yield at 2.191% .

Crude prices rose to extend last week’s gains on the back of a stronger outlook thanks to an expected economic recovery in top oil importer China this year. 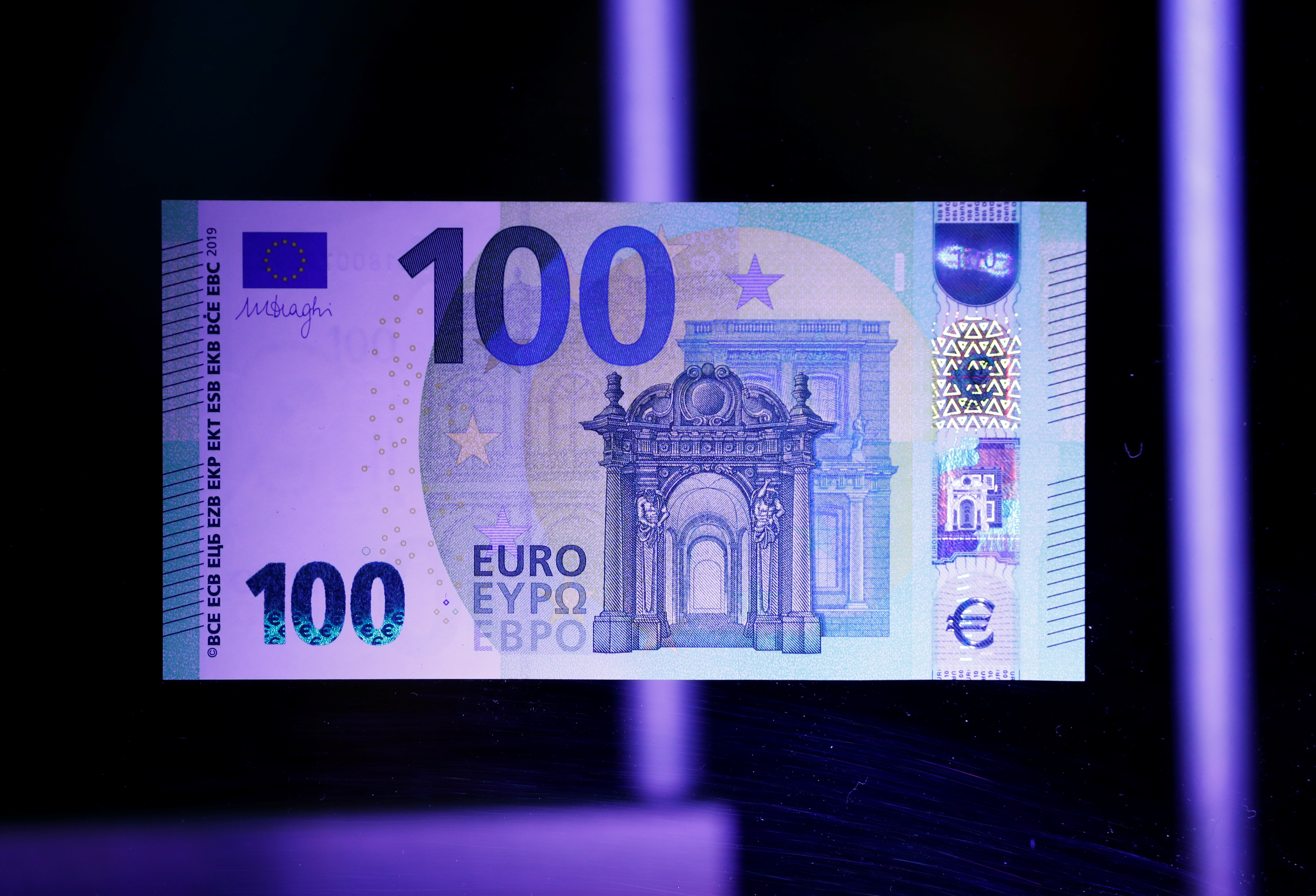 A new 100-euro banknote is presented at the ECB headquarters in Frankfurt, Germany, September 17, 2018. REUTERS/Kai Pfaffenbach 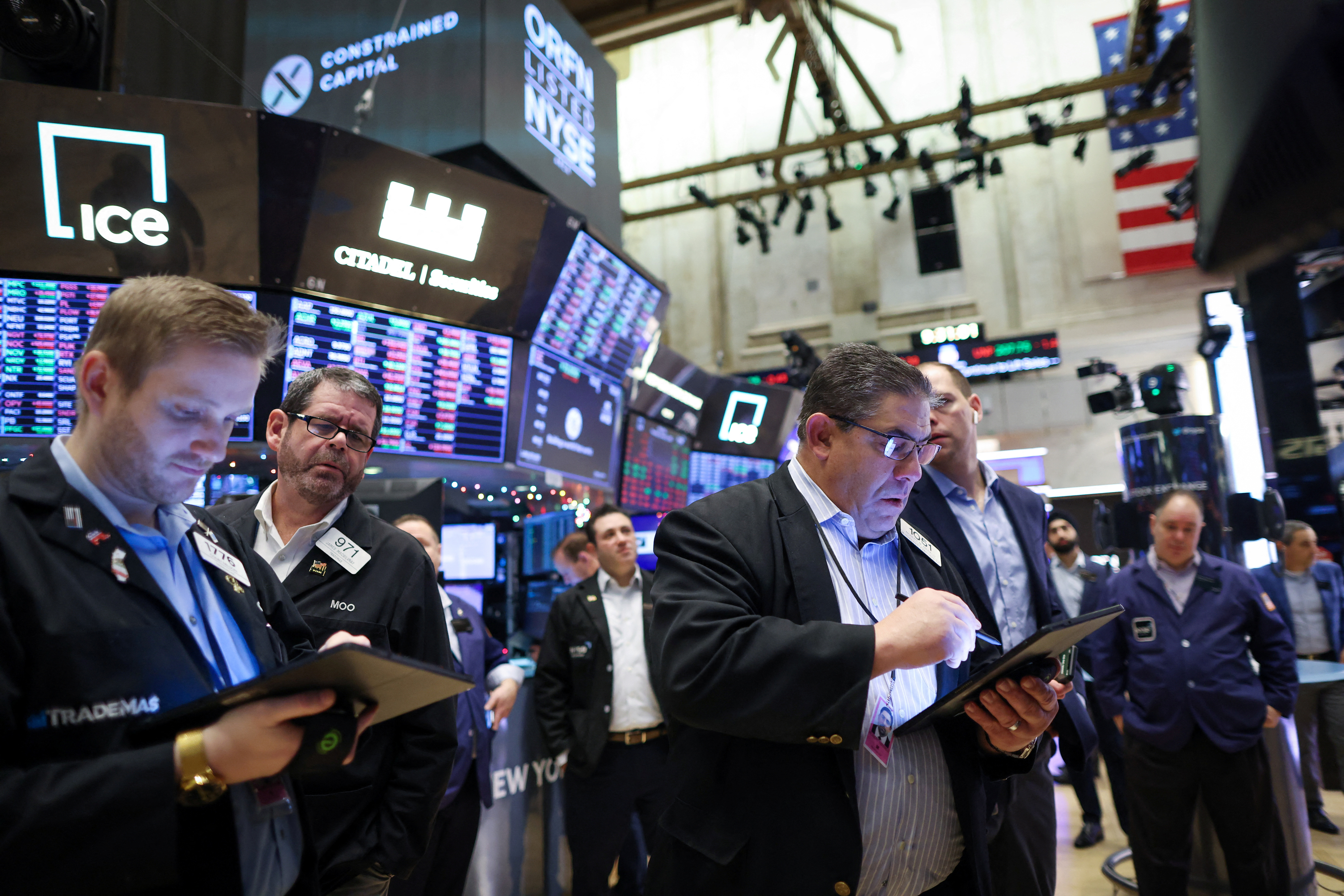 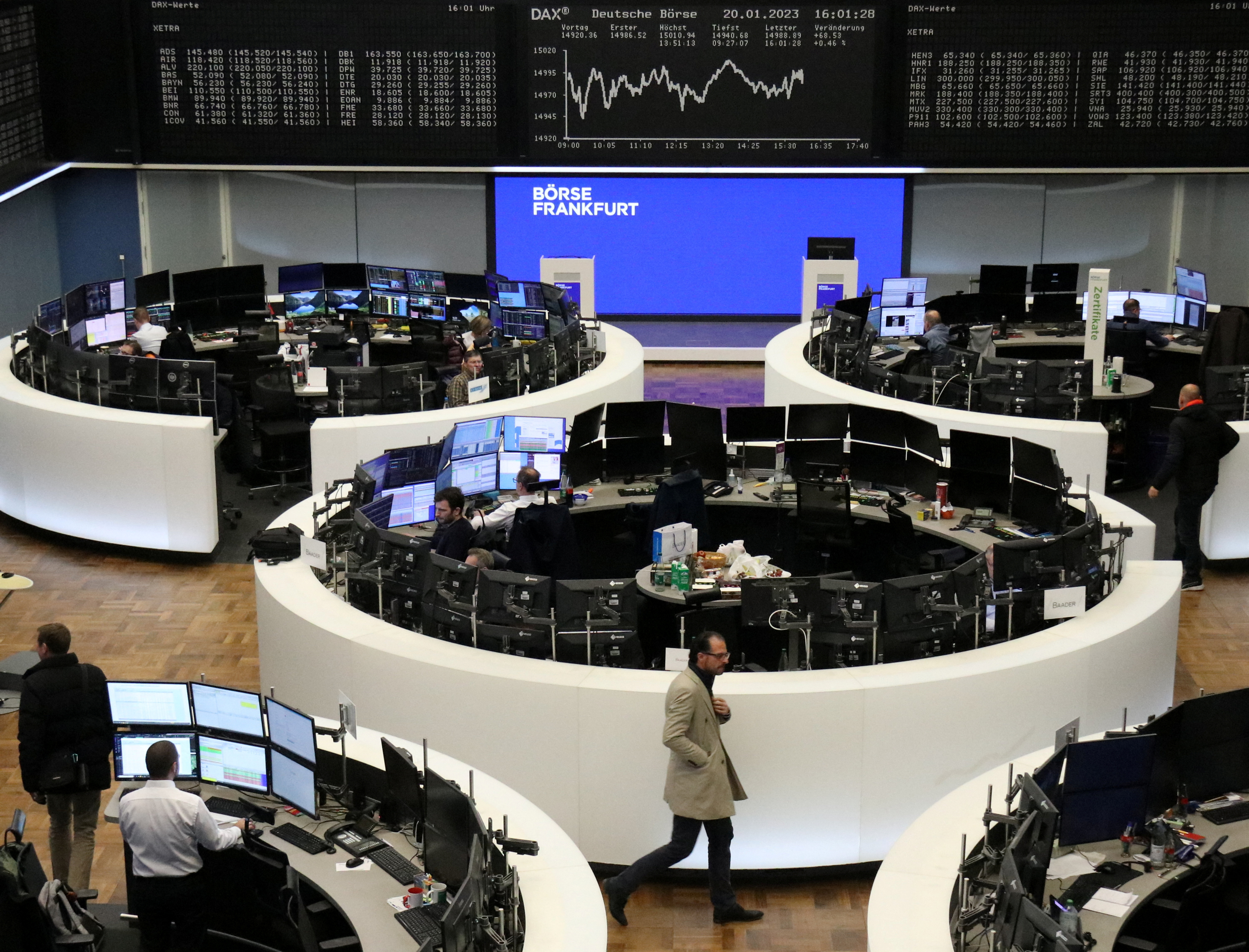