The presidents of the United States and France vowed to hold Russia to account for its actions in Ukraine and the European Union reached tentative agreement on Thursday on an oil price cap aimed at starving Moscow of resources.

Western powers are trying to rally support for Ukraine, which is reeling from massive, near weekly missile and drone attacks targeting power supply, water and heat in its cities just as winter has set in nine months into Russia’s invasion.

Russia meanwhile accused the United States and NATO of playing a direct and dangerous role in the war and said Washington had turned Kyiv into an existential threat for Moscow which it could not ignore.

Speaking after an Oval Office meeting with French President Emmanuel Macron, U.S. President Joe Biden said that “France and the United States are facing down Vladimir Putin’s grasping ambition for conquest” and “defending the democratic values and universal human rights.”

Biden told reporters he was “prepared to speak with Mr. Putin, if in fact there is an interest in him deciding he’s looking for a way to end the war,” but added that Putin “hasn’t done that yet.”

There are no political talks under way to end the war, which Russia launched as a “special military operation” claiming its aim was to disarm its neighbour and root out leaders it characterises as dangerous nationalists.

Kyiv and the West call it an imperialist land grab, which has killed tens of thousands of Ukrainian civilians and soldiers on both sides. Ukraine’s armed forces have lost somewhere between 10,000 and 13,000 soldiers so far in the war against Russia, presidential adviser Mykhailo Podolyak told a Ukrainian television network on Thursday.

“We will never urge the Ukrainians to make a compromise which will not be acceptable for them, because they are so brave,” Macron said.

In a bid to cut resources available for Moscow’s war effort, the European Union tentatively agreed on Thursday on a $60 a barrel price cap on Russian seaborne oil, according to diplomats. The measure would need to be approved by all EU governments in a written procedure by Friday.

The stakes have been increased in recent weeks as Russia has intensified a campaign to knock out power, water and heat supplies in Ukrainian cities, which Ukraine and the West say are intended to harm civilians, a war crime.

The last huge volley of strikes last week knocked out heat and power for millions, and President Volodymyr Zelenskiy has warned Ukrainians to expect another wave soon.

Kyiv mayor Vitaliy Klitschko on Thursday told residents to stock up on water, food and warm clothes in the event of a total blackout and advised people to consider staying with friends in the outskirts of the capital if they could.

The attacks on infrastructure are likely to increase the cost to keep Ukraine’s economy going next year by up to $1 billion a month, the head of the International Monetary Fund said on Thursday.

Russian rockets pounded neighbourhoods overnight in the recently liberated city of Kherson, which lies along the Dnipro River, which represents the southern stretch of the front line.

The strikes knocked out power in the city where electricity had only begun to be restored nearly three weeks after Russian troops vacated the city and fled across the river.

Some locals hugged Ukrainian servicemen in the city as they patrolled past burnt out cars and buildings whose windows were blown out by overnight shelling, which left a number of people hospitalised.

“Ukraine will win. We will get through it,” said Inna Sydorchuk, 52, a resident of one of the apartment blocks hit.

He did not explain how such attacks could achieve that aim.

“We disable energy facilities (in Ukraine) that allow you (the West) to pump lethal weapons into Ukraine to kill Russians,” Lavrov said.

“So don’t say that the U.S. and NATO are not participants in this war – you are directly participating.”

In a sign some channels of communication remain open, Russia’s Defence Ministry and the head of Ukraine’s presidential administration said the two countries swapped 50 service personnel on Thursday.

Russia’s defence ministry published video of prisoners of war cheering as they crossed the border in a bus. “We’re going home!” said one as his fellow soldiers waved at a camera.

After pulling back in the south in November, Moscow has focused its firepower on a section of the front line in the east near the city of Bakhmut, where hundreds of soldiers are thought to be dying each day in fighting in cold and muddy trenches, yielding scant reported gains of territory on either side.

Ukraine’s armed forces reported heavy shelling of a number of frontline villages in the area.

Ukraine’s military meanwhile said Russia had pulled some troops from towns on the opposite bank of the Dnipro River from Kherson, the first official Ukrainian report of a Russian withdrawal on what is now the main front line in the south.

The statement gave only limited details and made no mention of any Ukrainian forces having crossed the Dnipro. 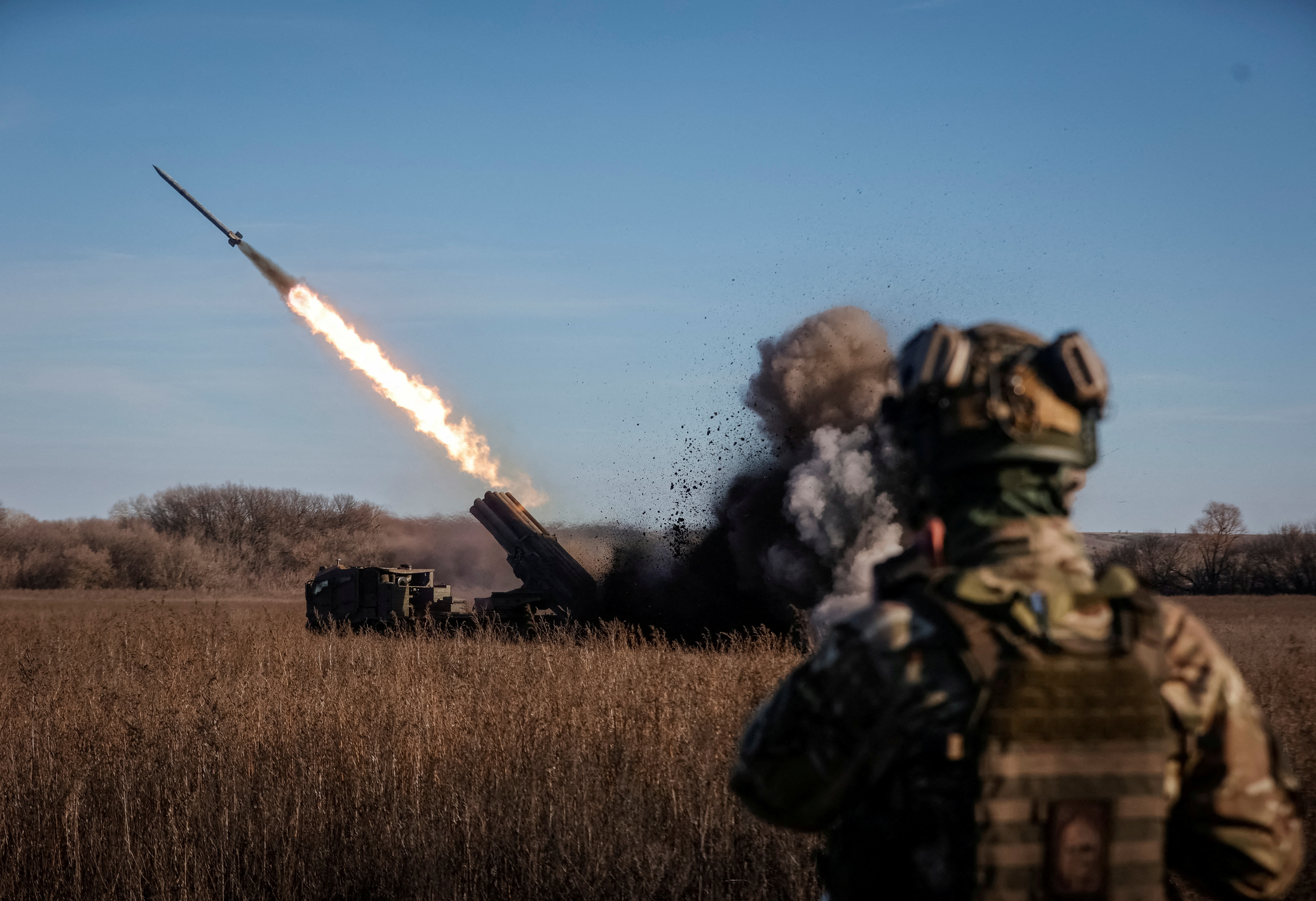 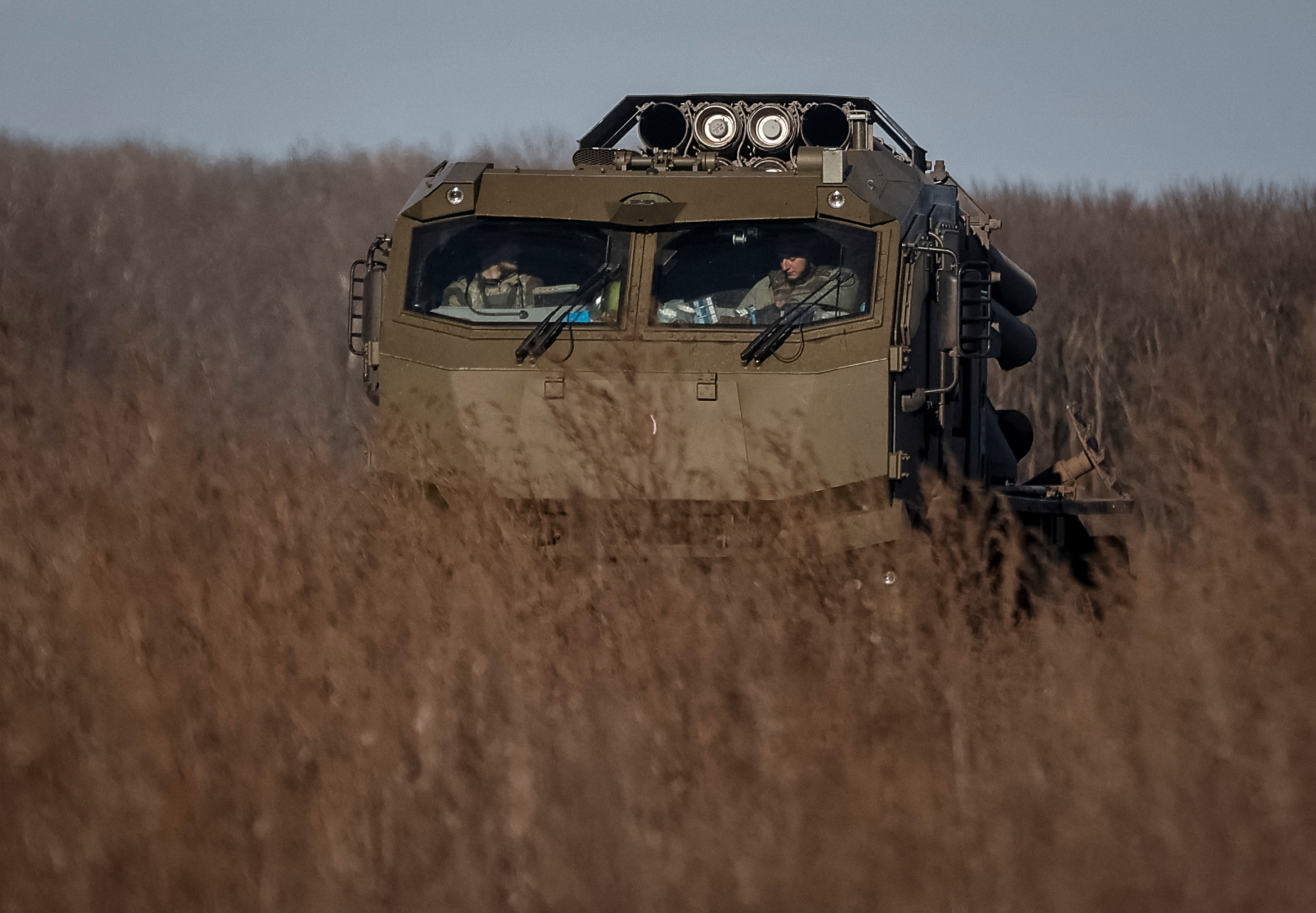