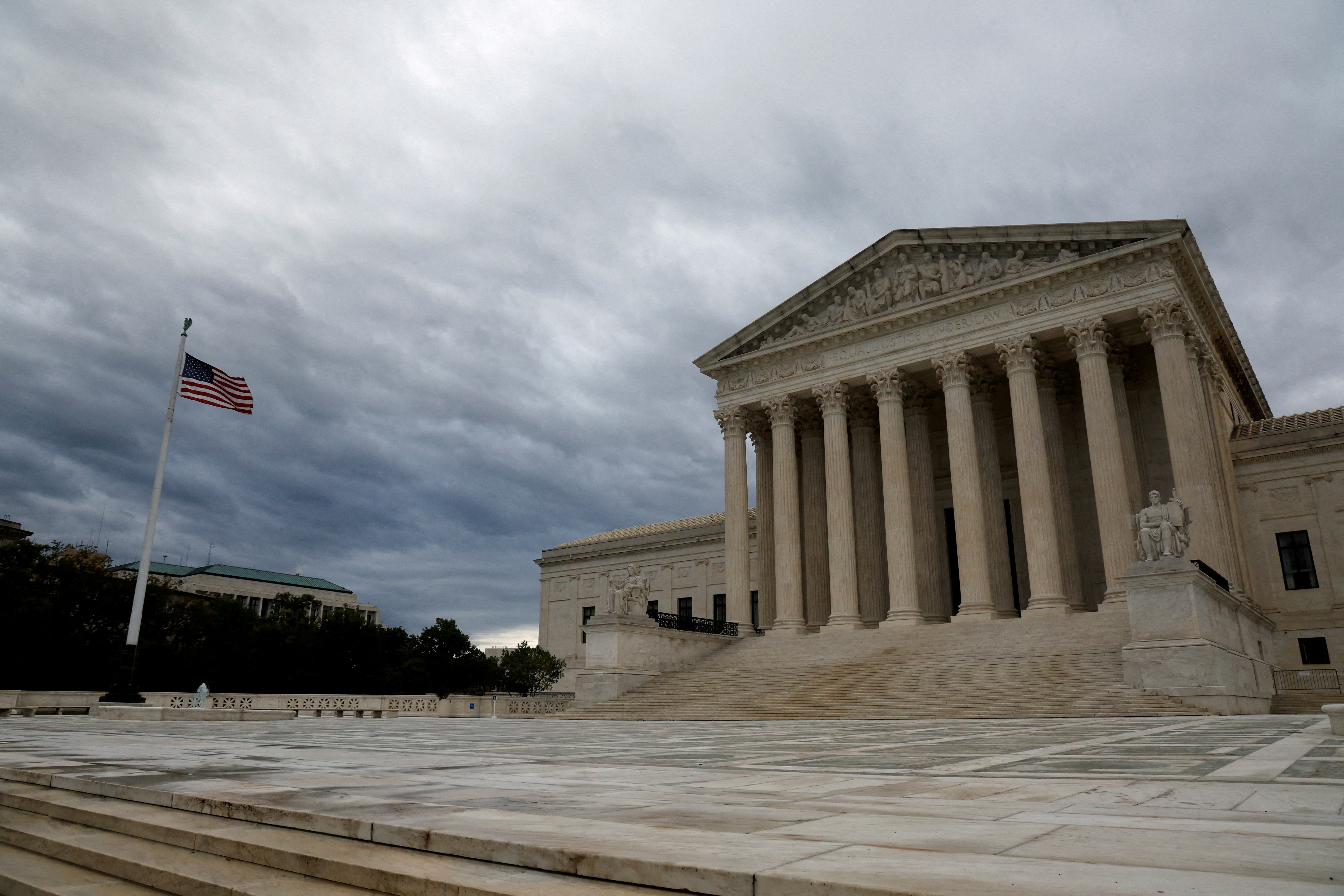 A view of the U.S. Supreme Court building on the first day of the court’s new term in Washington, U.S. October 3, 2022. REUTERS/Jonathan Ernst/File Photo

The U.S. Supreme Court on Thursday agreed to hear President Joe Biden’s bid to reinstate his plan to cancel billions of dollars in student debt after it was blocked by a lower court in a challenge by six states that have accused his administration of exceeding its authority.

The justices deferred taking action on Biden’s request to lift an injunction issued on Nov. 14 by the St. Louis-based 8th U.S. Circuit Court of Appeals blocking the program, but said in a brief order that they would hear arguments in the case in their session that runs from late February to early March.

The challenge to the Democratic president’s policy was brought by Arkansas, Iowa, Kansas, Missouri, Nebraska and South Carolina. Five of those six states are Republican governed while the other, Kansas, has a Republican attorney general.

The policy faces another legal hurdle as the administration contests a separate Nov. 10 ruling by a federal judge in Texas deeming the program unlawful. A federal appeals court on Wednesday declined to put that decision on hold, and the administration has said it plans to ask the U.S. Supreme Court to intervene.

Biden announced in August that the U.S. government would forgive up to $10,000 in student loan debt for borrowers making less than $125,000 a year, or $250,000 for married couples. Students who received Pell Grants to benefit lower-income college students will have up to $20,000 of their debt canceled.

During the 2020 presidential campaign, Biden promised to help debt-saddled former college students, but his program has drawn opposition from Republicans. Biden’s administration has said that more than 26 million borrowers have applied for loan relief and 16 million applications have been approved for discharge if allowed by the courts.

The White House and a spokesperson for Nebraska Attorney General Doug Peterson, a Republican whose office is taking the lead on the challenge, did not immediately respond to requests for comment.

The nonpartisan Congressional Budget Office in September calculated that the debt forgiveness program would cost taxpayers about $400 billion.

The state challengers said the federal government overstepped its authority to order debt cancellation under a 2003 law called the Higher Education Relief Opportunities for Students Act, which can “waive or modify” student financial assistance during war or national emergency.

Biden’s administration justified its plan based on the economic harms inflicted by the COVID-19 pandemic and concerns about rising debt delinquency and lower earnings, particularly among lower-income Americans. Biden and his predecessor, Republican former President Donald Trump, had invoked the law to pause student loan repayments. Biden on Nov. 22 extended the repayment pause to no later than next June 30 to give the Supreme Court time to decide the case.

A federal judge dismissed the challenge brought by the states for lacking legal standing, but the 8th Circuit subsequently blocked the program while it hears an appeal by those challengers.

Biden’s administration took the dispute to the Supreme Court, saying the 8th Circuit decision leaves borrowers “uncertain about the size of their debt and unable to make financial decisions with an accurate understanding of their future repayment obligations.”

The states urged the court to reject Biden’s request, calling his program a “pretext to mask the president’s true goal of fulfilling his campaign promise to erase student-loan debt.”