A Leopard 2A7 main battle tank of the German Armed Forces during a training exercise in 2019.

Ukraine’s allies have finally agreed to send it advanced tanks, after months of indecision, but now want Ukraine to start fighting differently.

Western officials are suggesting that it adopt a new style of warfare and new tactics that reflect the high-level weaponry it’s been given, CNN reported.

This would involve moving away from battles of attrition towards launching rapid attacks against Russian forces.

The group said Ukraine should move towards a style of mechanized maneuver warfare that “uses rapid, unanticipated movements against Russia,” sources told CNN.

The new tanks and armored vehicles committed by Ukraine’s allies are supposed to help Ukraine make the switch, CNN reported. 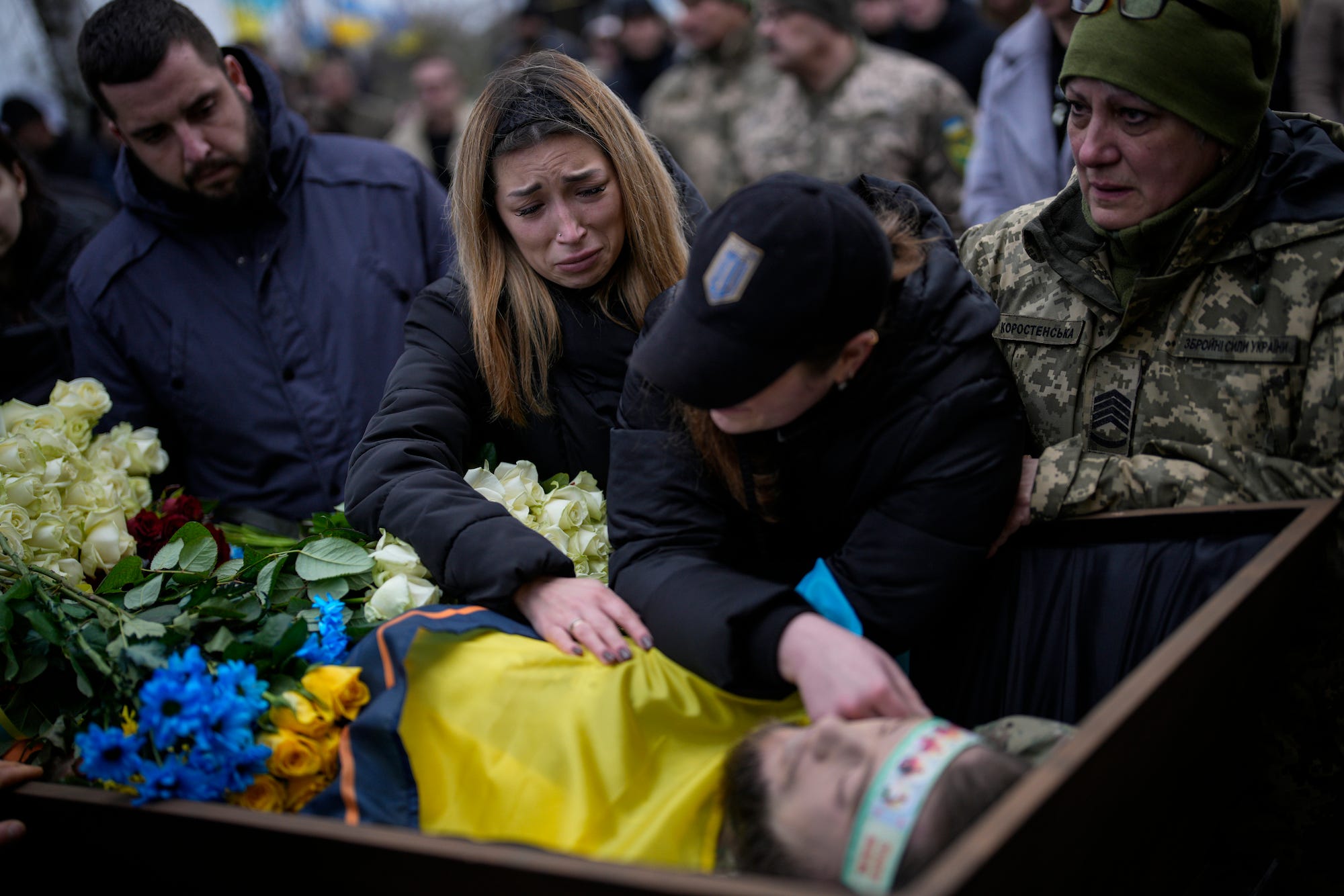 Widow Anastasia Ohrimenk mourns her fiance Oleksiy Zavadskyi, a Ukrainian serviceman who died in combat on January 15 in Bakhmut, on January 19, 2023.

US and Western officials have also, over the last few weeks, been suggesting to Ukraine that it starts a new offensive in the south of the country, instead of continuing to grind in the east, according to CNN.

Among other things, officials have suggested that Ukraine move on from trying to defend the city of Bakhmut, CNN reported.

Ukraine had been requesting advanced tanks for months, but the US and Germany in particular had been reluctant to send the weapons.

That changed this week: President Joe Biden’s administration is expected to announce on Wednesday that it will send M1 Abrams tanks to Ukraine, sources told The Washington Post and The New York Times.

And German media reported that Germany will now send its Leopard 2 battle tanks to Ukraine.

Germany in particular had been criticized for its delay, including by other European countries. 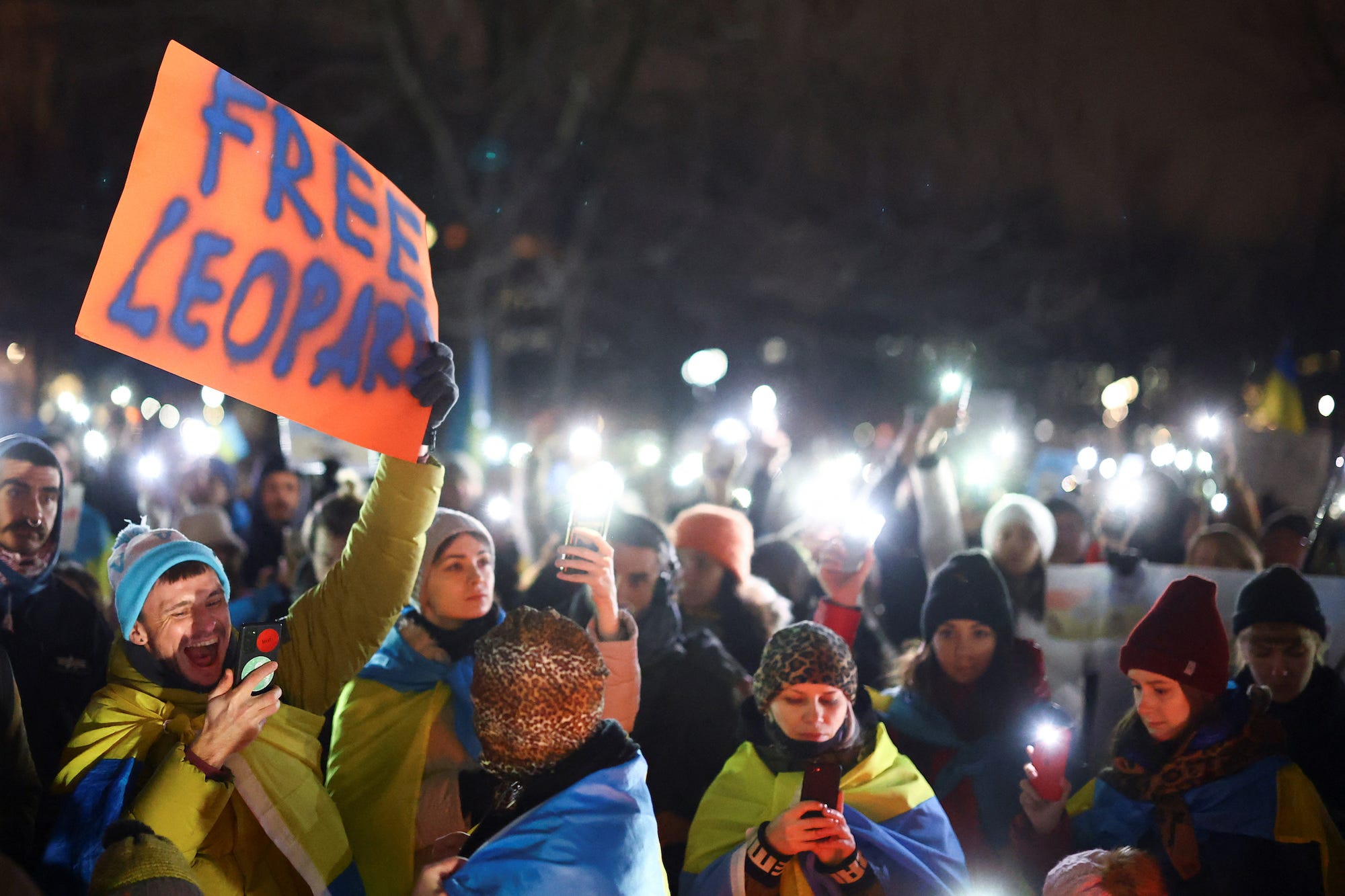 Other allies, like the UK and Poland, agreed earlier this month to give Ukraine the tanks, putting further pressure on the US and Germany.

The latest decisions by the US and Germany appear to have opened floodgates: Spanish newspaper El Pais reported on Wednesday that Spain will give German-made Leopard 2 tanks to Ukraine, while Norwegian newspapers reported that their country may do the same.

Ukraine expects Russia to launch a new offensive in the spring, and is trying to ramp up its own fighting power in preparation.

But it is not clear when the tanks will be deployable in Ukraine. The tanks need to be prepared and sent, and Ukrainian troops need to be trained to use them.

A senior US official told The Washington Post that the US tanks would likely not be sent until the latter half of the year, which would mean they would not be in Ukraine in time to fight back against a Russian spring offensive.

Even so, Ukraine’s plans, and Western hopes for a new, more aggressive strategy, will be aided by other advanced weaponry that its allies have recently committed and sent.

This includes the Patriot missile system from the US, new drones and anti-tank weapons, as well as howitzers.

Home » Audio Sources - Full Text Articles » Ukraine’s allies are finally sending the advanced tanks it asked for. Now they want it to embrace a rapid, aggressive style of warfare.
a