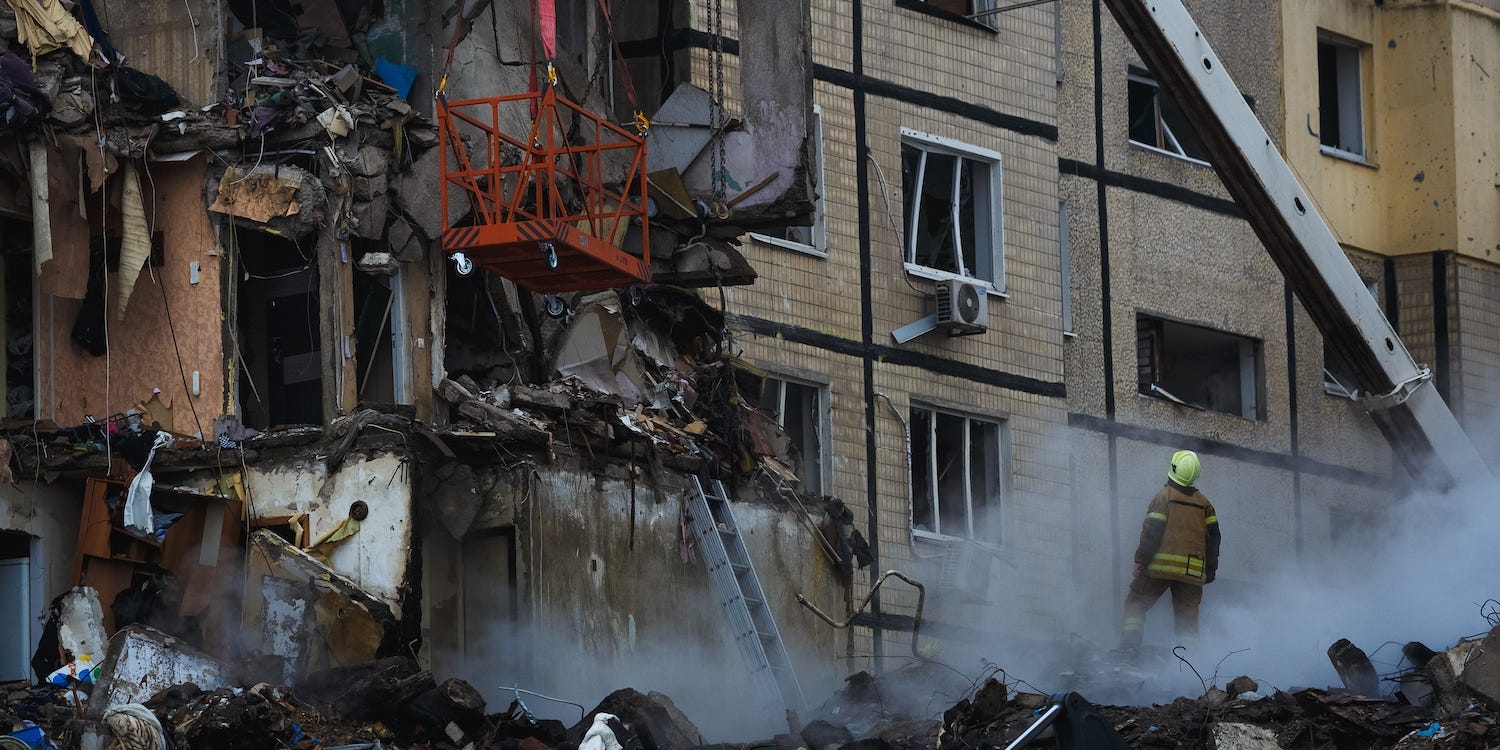 Rescuers use special equipment to rescue people from damaged apartments after a missile strike in Dnipro, Ukraine, on January 15, 2023.

The strike was notable for its brutality, but also for the choice of weapon: an old, Soviet-style missile designed to demolish buildings but to sink aircraft carriers.

Yuriy Ihnat, a Ukrainian military spokesman, told local media that the strike used a Kh-22 anti-ship missile. The supersonic munitions have a 2,000-pound warhead, and are designed to destroy aircraft-carrier groups at sea, Ihnat said.

Russia denied responsibility for the attack, repeating its assertion that it only strikes military targets — despite months of evidence to the contrary.

The strike is a sign that Russia is resorting to a “kitchen-sink approach,” said Ian Williams, deputy director of the Missile Defense Project at the Center for Strategic and International Studies, in a call with Insider.

He said the Kh-22 missiles are “basically being used as terror weapons,” totally removed from their actual military purpose.

The Russians are using all kinds of projectiles to “flood the Ukrainian air space with a lot of crap, kind of confusing the air defenses a little bit, and overwhelming them,” Williams said.

Ukraine’s air defense, bolstered by Western equipment, has so far been notably successful in blunting Russia’s attacks, other experts previously told Insider. But it can’t stop everything.

The attack in Dnipro was not the first time Russia used a Kh-22 in a civilian attack, and will most likely be the last, Williams said.

Williams said using an anti-ship missile like this betrayed a “short-term approach” by Russia, which is degrading its ability to fend off other threats.

He said the Kh-22 missile is among “some of best things [the Russians] have to fend off the US Navy or a NATO naval force, yet they’re using them up hitting apartments and warehouses.”

“It’s very short-term thinking. It’s almost like: ‘Throw whatever we can at them right now in whatever mode you want, and we’ll deal with it later,'” he said.