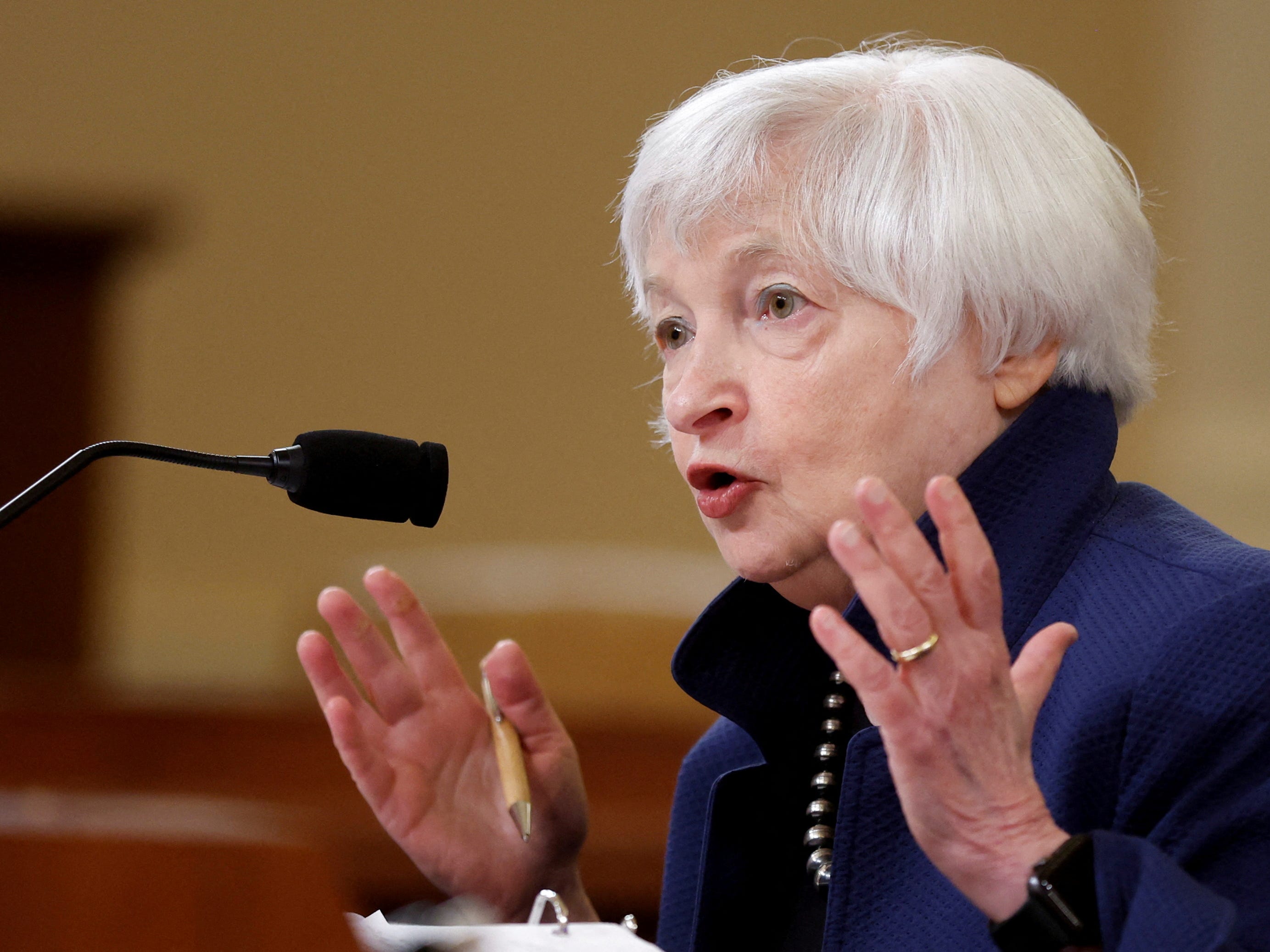 US Treasury Secretary Janet Yellen seen at a House Ways and Means Committee hearing in Washington, DC, on June 8, 2022.

Republicans are risking sending the US into default — but a top administration official isn’t quite on board with a plan that would save the economy while bypassing Congress altogether.

The country officially hit the debt limit last week, and now Republican lawmakers are tasked with raising the debt ceiling by the summer, when the US is expected to run out of ways to pay its bills. While defaulting on the nation’s debt would be unprecedented and economically catastrophic, the GOP is still using it as an opportunity to bargain with Democrats and achieve their own priorities, like spending cuts for programs like Medicare and Social Security.

However, an idea that has been floating around for years would allow the government to keep the US on top of paying its bills while bypassing negotiations in Congress: minting a $1 trillion platinum coin. Essentially, Biden could deposit this coin in the Federal Reserve thanks to a loophole in the type of coins the Treasury Department can mint. But Treasury Secretary Janet Yellen wasn’t on board with that idea in the past — and she still isn’t.

“It truly is not by any means to be taken as a given that the Fed would do it, and I think especially with something that’s a gimmick,” Yellen told The Wall Street Journal on Sunday. “The Fed is not required to accept it, there’s no requirement on the part of the Fed. It’s up to them what to do.”

She expressed the same sentiment back in 2021, when Congress was dealing with a similar partisan dilemma surrounding raising the debt ceiling. Senate Minority Leader Mitch McConnell, at the time, was firm in his belief that Democrats should increase the limit without GOP votes, and he ultimately came to a short-term agreement that raised the limit to where it currently stands.

But the agreement came quite close to the deadline, and even so, Yellen still said minting a coin was not the solution.

“I’m opposed to it, and I don’t believe we should consider it seriously,” Yellen said at the time. “It’s really a gimmick, and what’s necessary is for Congress to show the world can count on America paying its debts.”

Rohan Grey, an assistant professor at Willamette University College of Law, previously told Insider that while the idea of the coin sounds radical, the “really radical” thing is the Treasury Secretary ignoring their constitutional responsibilities to spend how much Congress has told them to spend in the event the debt ceiling isn’t raised. Raising the debt ceiling doesn’t authorize new government spending; it merely allows the Treasury Department to borrow money to pay for the things Congress has already mandated through appropriations laws.

While minting a coin to avoid the drama in Congress appears to be off the table, President Joe Biden and Democratic lawmakers continue to insist the process should be bipartisan — especially given that Republicans came together to raise the limit three times under former President Donald Trump.

“As long as they’re not seriously considering defaults, I wish them the best of luck in finding other creative gimmicks to get around this problem,” Grey said. “But if they’re starting to consider default, I hope they’re really seriously considering their constitutional obligations before they go there.”

Amid these negotiations, Trump even told Republicans last week that they should keep Medicare and Social Security cuts off the table  and White House Press Secretary Karine Jean-Pierre said on numerous occasions that both parties should work together to save the country from a catastrophic default.

“This is just another attempt by congressional Republicans to force unpopular cuts on programs critical to seniors, the middle class and working families,” Jean-Pierre said last week. “Congress needs to act and do so quickly. There is no excuse for political brinkmanship.”