DOHA, Qatar (AP) — Olivier Giroud will overtake Thierry Henry to become France’s all-time leading scorer with 52 goals if he scores against Denmark at the World Cup on Saturday. If Kylian Mbappe finds the net he will move level with another France great.

A victory against the Danes at Stadium 974 will also qualify Les Bleus for the knockout round, and as group winners if Tunisia and Australia draw in the other Group D game.

So there’s plenty to look forward to, although France captain Hugo Lloris is still striking a cautious note.

“If you look too far ahead in a competition that’s when you can stumble. There’s a big mountain for us to climb tomorrow,” Lloris said Friday. “It will be a battle; the fact the Danes drew against Tunisia means they need to win.”

Giroud and Mbappe looked sharp together and both scored in Tuesday’s 4-1 win against Australia.

Another goal for Mbappe would bring his tally to 30 for France.

That would move him level with Just Fontaine, whose 13 goals at the 1958 World Cup remains a tournament record. In those days players were not earning massive salaries or endorsements, so Fontaine’s prize for leading scorer in Sweden was a hunter’s rifle.

It was an appropriate reward for such a ruthless sharpshooter, who scored his 30 in just 21 games before his career was wrecked by a knee injury.

So Giroud and Mbappe are in illustrious company, and they’re doing well together. Mbappe scored one goal and set up Giroud’s second against Australia.

Their blossoming partnership is significant for the goals but also because for a long time they were considered incompatible. Mbappe was more at ease alongside Karim Benzema, who took Giroud’s place at last year’s European Championship, while Giroud struck up a good partnership with Antoine Griezmann at Euro 2016 and the last World Cup.

With Benzema out injured and Griezmann dropping into a midfield role, the Mbappe-Giroud partnership has happened circumstantially. Both are well served by the speed and crossing of winger Ousmane Dembele, who’s also back in the side.

“His pass for Mbappe’s header (against Australia) was magnificent,” Deschamps said. “He always has that ability to beat a player.”

The trio are important to France’s chances of retaining its title.

But however strong the French attack looks, there are evident weaknesses in an injury-hit defense. Lucas Hernandez was the latest to join the list after sustaining a ruptured ACL in his right knee against the Australians.

“He could have played the first game (against Australia) as he was fit,” Deschamps said. “The important thing is that he feels mentally and physically ready, which he is.”

France desperately needs him after a patched-up and inexperienced back four was easily breached on Australia’s first goal.

“We gave away four chances against Australia,” Deschamps said. “There are things to improve.”

The Danes beat France twice during the Nations League this year and Deschamps thinks they don’t get enough credit.

“I think they are underestimated considering their true quality,” Deschamps said. “They’re able to change systems easily throughout a match and that causes problems.”

But even if the Danes have what it takes to cause the French problems in defense, the question is whether their own defense can stop France’s new-look attack.

Audio Review via Michael Novakhov on Inoreader
Russia: opposition politician sentenced to eight and a half years in prison
byBBC World Service 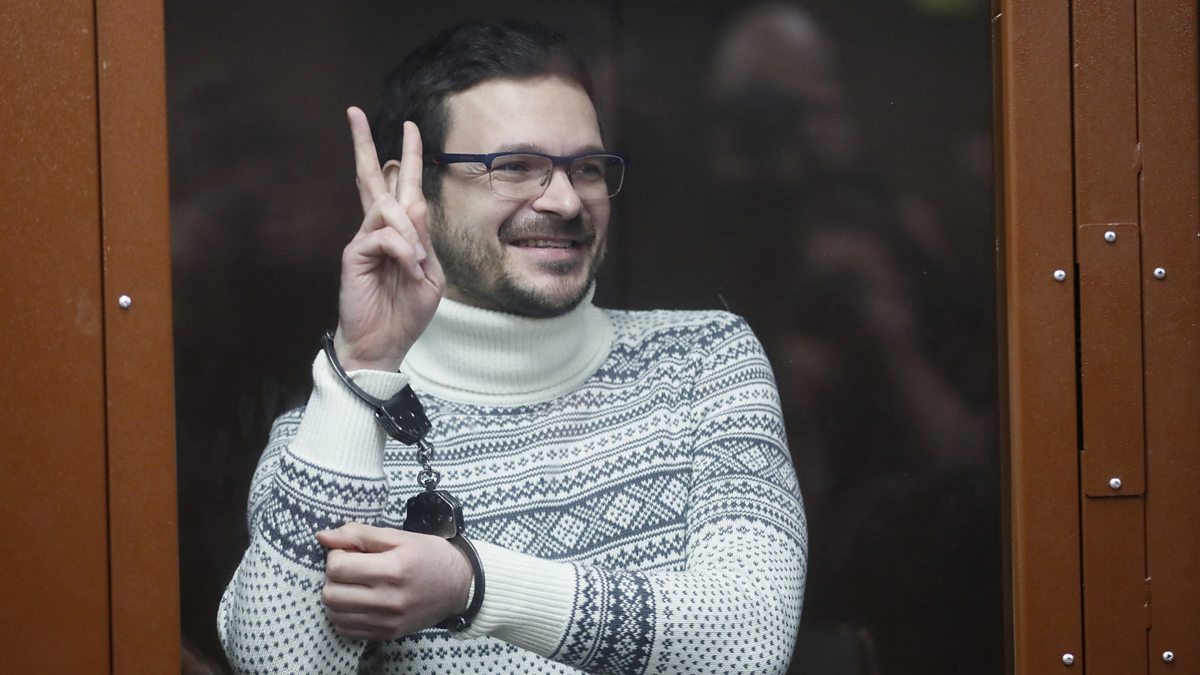 A leading Russian opposition politician has been convicted by a Moscow court of spreading ‘false information’ about the Russian army. Ilya Yashin, who had spoken publicly about alleged Russian war crimes in Bucha, was sentenced to eight and a half years in prison. Also on the programme: concerns rise about whether China’s health system will be able to cope with a huge wave of Covid-19 infections, as restrictions are eased. And ahead of France’s quarter-final match against England in the football World Cup on Saturday, what made French striker Kylian Mbappé into the sporting superstar he is today? (Image: Ilya Yashin gestures in a defendants’ glass cage prior to a verdict hearing at the Meshchansky district court in Moscow, Russia, December 9, 2022. Yuri Kochetkov/Pool via REUTERS)