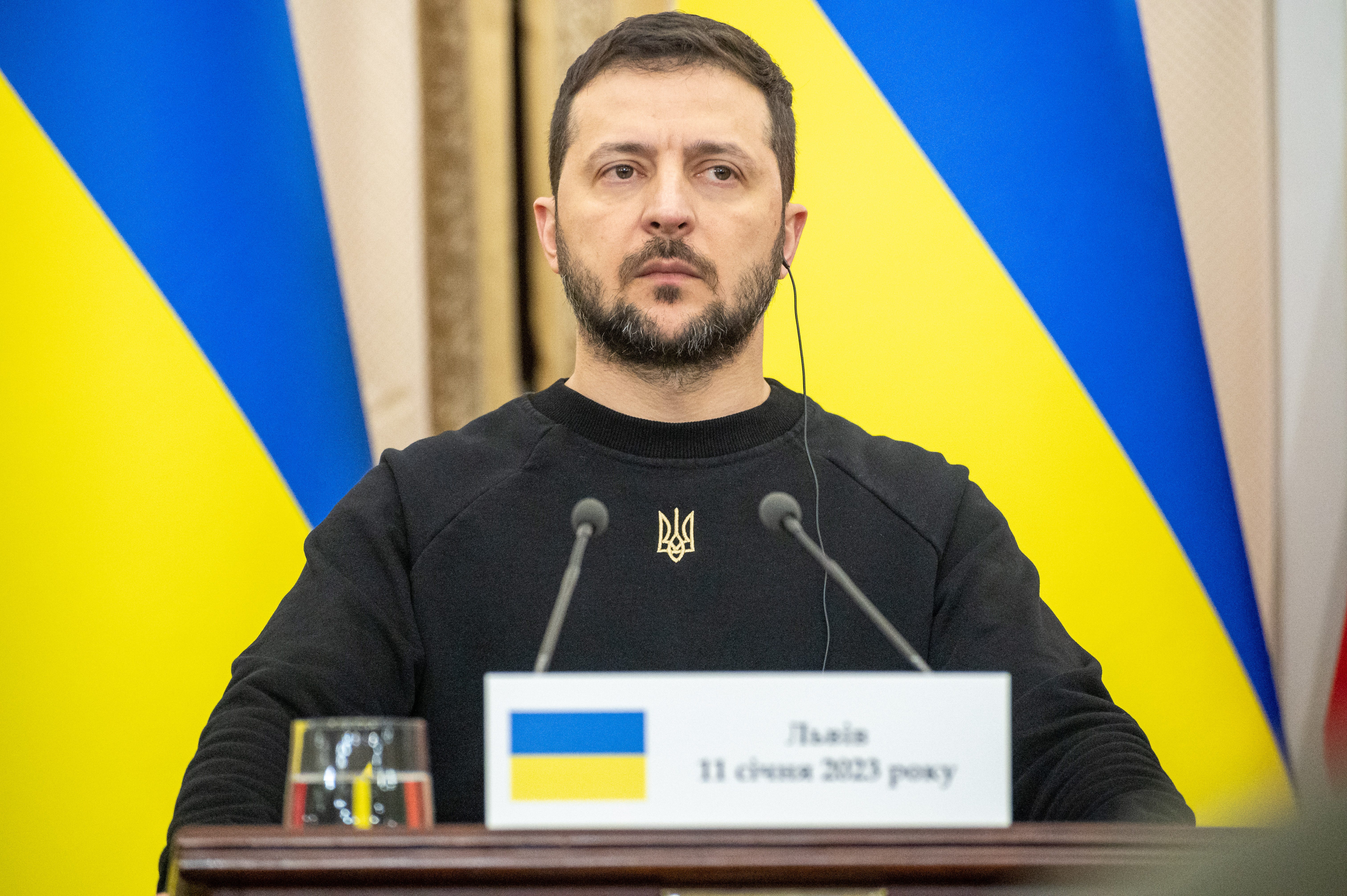 President of Ukraine Volodymyr Zelenskyy during a press conference following the tripartite meeting on January 11, 2023 in Lviv, Ukraine.

Ukrainian President Volodymyr Zelenskyy fired at least nine top officials on Tuesday as his government battles claims of bribery and officials splurging on lavish lifestyles during the war.

Four deputy ministers and five regional governors were sacked by Ukraine’s cabinet on Tuesday, according to the Telegram channel of Oleg Nemchinov, the secretary of the cabinet of ministers.

The wave of dismissals and resignations comes as some of Ukraine’s top leaders were accused of buying military food at inflated prices and taking luxury holidays as their countrymen fight Russia’s invasion.

In December, Symonenko went on holiday to Spain using a Mercedes owned by a prominent Ukrainian businessman, The Guardian reported.

A spokesperson for Ukraine’s border guard was also maligned for partying in Paris as the war continued in eastern Ukraine, per Bloomberg.

In response, Zelenskyy on Sunday vowed to stamp out longstanding corruption within Ukraine’s leadership.

Ukraine would see “no return to the way things used to be,” he said in a video address, adding that the coming week would be the “time of appropriate decisions.”

On Monday, Zelenskyy banned officials from traveling abroad until the end of the war, except for when performing government duties.

“If they want to rest now, they will rest outside the civil service,” he said.

Another sacked official, former Deputy Defense Minister Vyacheslav Shapovalov, resigned after Ukrainian newspapers reported that he had purchased food for the military at prices inflated two or three times higher than in grocery stores.

The country’s defense minister, Oleksiy Reznikov, said the inflated prices were due to a contractor mixing up data in a “technical error,” claiming the reports of corruption were manipulating the facts.

Meanwhile, the defense ministry said Shapovalov denied the corruption claims, but asked to be fired to maintain public trust in the government.

Zelenskyy’s press office and Ukraine’s Defense Ministry did not immediately respond to Insider’s requests for comment.